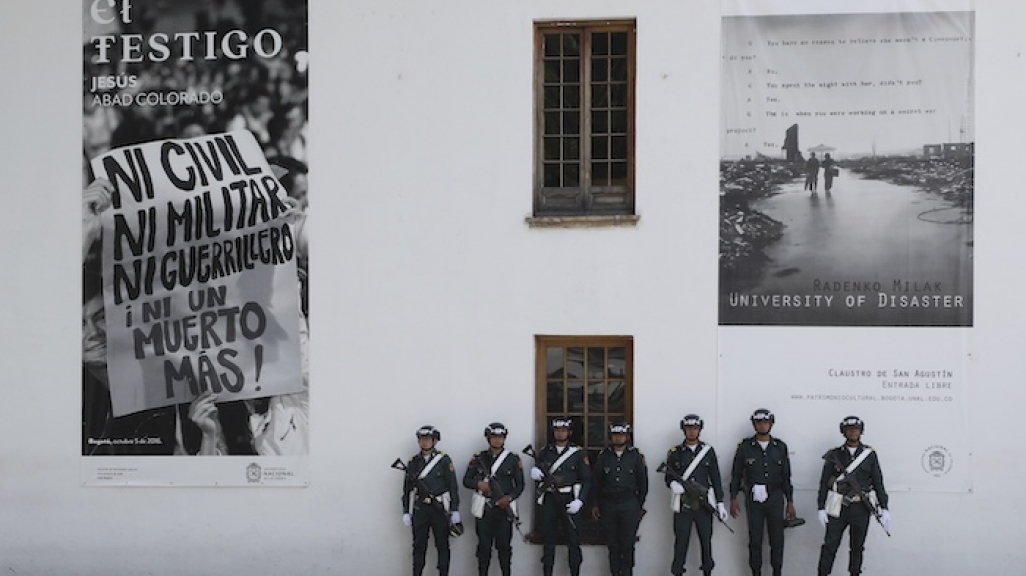 LatAm in Focus: Colombia at a Crossroads

Albright Stonebridge Group’s Muni Jensen covers the FARC’s announcement to take back up arms and how tensions with Venezuela compound the difficult situation.

About half of all peace agreements fall apart within the first five years. Three years ago this month, Colombia signed its peace agreement with the Revolutionary Armed Forces of Colombia, aka the FARC, after five decades of armed conflict. That accord is now facing one of its most serious tests.

On August 29, former FARC leaders and dissidents announced they were taking back up their arms due to the fact, they said, that the government had not held up its end of the deal. Three days later, Karina García, a young mayoral candidate in southwestern Colombia, was assassinated, along with her mother and four others.

Both incidents, says Muni Jensen of the Albright Stonebridge Group, harken back to darker days in Colombia’s history and are disappointing, especially after relatively calm legislative and presidential elections in 2018. “Even for skeptics such as myself, there was some hope that this peace agreement would stick,” says Jensen, a former Colombian diplomat.

But, while disappointing, she says the announcement wasn’t necessarily surprising. “I don’t think that Colombia was taken completely off guard by this announcement,” she tells AS/COA Online’s Holly K. Sonneland in this podcast. “There were a lot of indications that these agreements, especially with some of the heads of the FARC, were eroding and that there was a lot of tension.” Heightening the tensions are the fact that the rebels made their announcement from within the Venezuelan territory, where they are under protection orders from Nicolás Maduro.

One the one hand, the sobering incidents offer Colombians a chance to unite against violence, she says. Nonetheless, they put President Iván Duque’s administration in a delicate position as the country heads into gubernatorial and municipal elections on October 27, but one in which he is not without positive developments to point to.