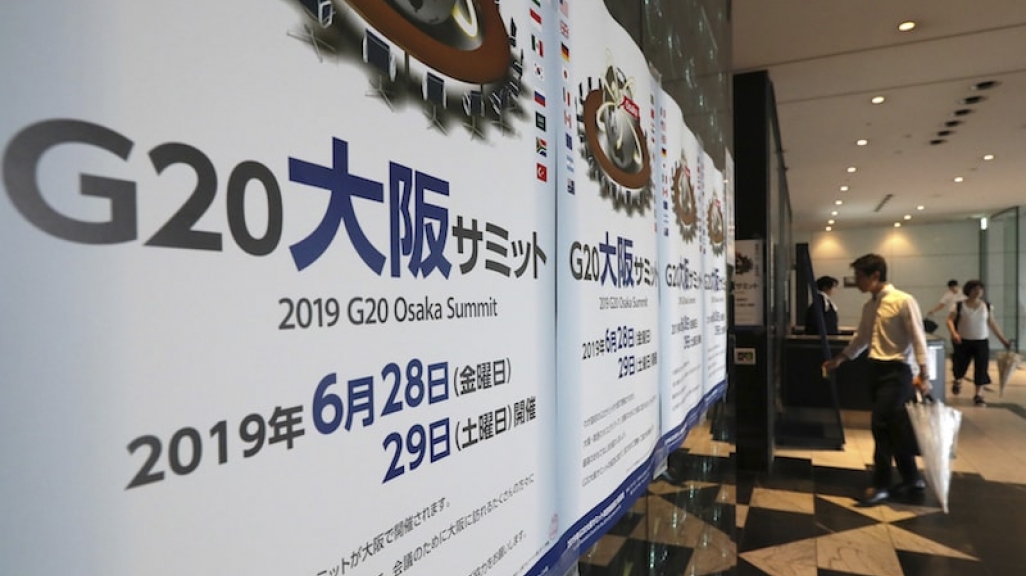 By Paola Nagovitch and Carin Zissis

What’s on the agenda for these three countries? The president of one of them is skipping the Osaka summit entirely.

Updated, June 27, 2019 — It’s time for another summit: nearly two decades after the founding of the Group of Twenty—better known as the G20—Japan plays host amid U.S.-China trade tensions that are expected to overshadow proceedings. Heads of state from member countries, which together represent 80 percent of global GDP, meet in Osaka on June 28 and 29. Aside from members, leaders from 17 other institutions and countries get an invite including Chile; President Sebastián Piñera will be in attendance to push themes relevant to the two forums his own country hosts this year: APEC and COP25.

Meanwhile, Argentina, Brazil, and Mexico are all G20 members, but presidents won’t represent them all. Mexico’s Andrés Manuel López Obrador will send a high-level delegation in his place.

AS/COA Online takes a look at priorities for the three Latin American member countries in Osaka.

Argentina: As the previous host of the summit, president Mauricio Macri heads to Japan to reinforce topics discussed at the Buenos Aires G20 and with the goal of ensuring that consensus is reached for a final document, as was the case at last year’s summit. Argentina’s Foreign Minister Jorge Faurie confirmed bilateral meetings with several heads of state, including Spain’s Pedro Sánchez, Japan’s Shinzō Abe, France’s Emmanuel Macron, and the Netherlands’ Mark Rutte.

Macri intends to place Argentina’s economy at the forefront of his Osaka discussions. The president plans to meet with China’s president Xi Jinping to talk about finalizing an agreement for Atucha III, a nuclear power plant to be built in the province of Buenos Aires with mostly Chinese financing. Macri will meet with European Council President Donald Tusk to discuss wrapping up the EU-Mercosur free trade agreement, a topic the Argentina president also plans to bring up during his bilateral meeting with Macron. Moreover, Macri forecasted a meeting with Trump covering barriers to entry for the steel and biodiesel industries in the United States, as well as strategies to combat terrorism and narcotrafficking. The White House has not confirmed the meeting.

Faurie indicated that another priority for Macri will be to meet with the leaders of the United States, Canada, and Brazil—G20 countries that are also part of the Lima Group—to discuss the crisis in Venezuela, new ways to pressure the government of Nicolás Maduro, and how to restore democracy in the country.

Brazil: President Jair Bolsonaro will attend his first G20 summit, where he will meet with China’s Xi for the first time. The two heads of state will see each other ahead of the summit kickoff and are expected to discuss Bolsonaro’s visit to China later this year before the November BRICS summit in Brazil. On Friday, Bolsonaro is scheduled to meet with U.S. President Donald Trump. This will be their second meeting after Bolsonaro visited the White House in March.

When Bolsonaro ran for president, he accused China of buying up Brazil, signaling the potential for a rocky Brasília-Beijing relationship during his tenure. After his inauguration, Bolsonaro changed tone and welcomed Chinese investment. But, in recent days, Brazil’s Minister of Foreign Affairs Ernesto Araújo warned that the Brazilian government is evaluating whether to place restrictions on Huawei. This took place despite the fact that Brazilian Vice President Hamilton Mourão, who traveled to China and met with Huawei’s CEO last month, announced that Brazil would not exclude the Chinese telecom firm from operating its 5G network in his country, even as Washington pressures countries to ban Huawei technology over fears of espionage.

Other leaders have signaled that they intend to meet with Bolsonaro at the summit. German Chancellor Angela Merkel said she hopes for a “straight talk” with Bolsonaro about the deforestation crisis unfolding in Brazil. Moreover, Xi plans to meet with the leaders of BRICS to discuss U.S. trade policies.

Mexico: López Obrador, or AMLO, revealed in early June that he would skip the Osaka summit. His decision came as little surprise as he hasn’t left Mexico since September 2017 and he contends that the best foreign policy is domestic. AMLO, who says he will send a letter about global inequality to the summit, argues that he doesn’t want to get embroiled in the U.S.-China trade war. He will also be busy with preparations for a July 1 event in the Zócalo—Mexico City’s main plaza—on the one-year anniversary of his electoral victory. A number of journalists, commentators, and opposition leaders responded that AMLO’s absence spells a missed chance to meet with U.S. President Donald Trump amid bilateral tensions over trade and migration.

But the Mexican leader says Mexico will be well-represented in Osaka; Foreign Minister Marcelo Ebrard will head the Mexican delegation, which includes Finance Minister Carlos Urzúa. Indeed, Ebrard serves as the face of the AMLO government abroad; on May 31 he hopped a plane to Washington to lead a multiday negotiation with U.S. officials and stave off escalating tariffs threatened by the White House. His high profile sparked rumors of a future run to lead Mexico, where the next presidential race can never start too early.

Ebrard indicated that his G20 agenda will involve presenting Mexico’s position on climate change and wealth concentration. At the time of this report, the minister had no confirmed plans to meet with Trump. After Osaka, Ebrard heads to Beijing for a “high-level meeting.”