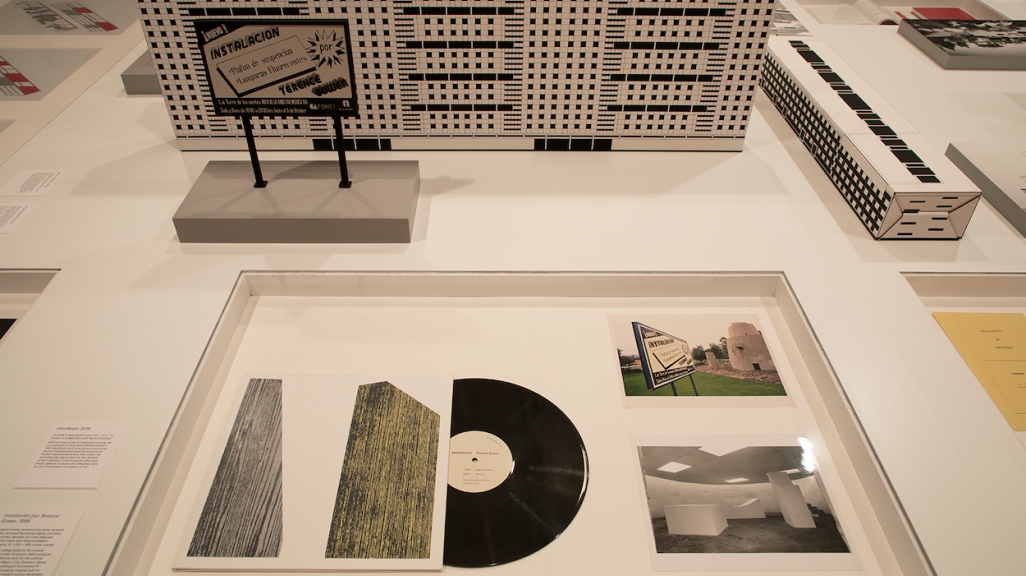 Grayscale facsimiles of David Alfaro Siqueiros’s still lifes, portraits, and paintings of horses paper the walls of Americas Society’s ground floors. These reference the late Mexican artist’s works hung in the same space in a 1970 exhibition, at a time when the Park Avenue venue was named the Center for Inter-American Relations. These digital prints, titled Partial Facsimile (2021), are now part of Terence Gower’s exhibition “The Good Neighbour,” where it serves as a specter of this institution’s role in fueling open dialogue, culture, and markets across the Americas since the time of its founding in the 1960s by David Rockefeller.

Gower arrived in Mexico City in 1993, during the early days of the tri-national diplomacy of NAFTA, which represented the realization of Rockefeller’s free-market dream. Americas Society’s exhibitions continue to play a role in that vision, as vehicles for soft cultural politics. Gower saw Siqueiros’s works (specifically his large public murals) during his first year in the country; his decision to reproduce the painter’s 1970s exhibition here seems to pinpoint the conflict between Siqueiros’s labor-oriented, Communist leanings and America Society’s agenda—a conflict of socioeconomic values perhaps best exemplified by Nelson Rockefeller’s endorsement of the destruction of Diego Rivera’s Rockefeller Center fresco Man at the Crossroads (1934), which prominently depicted Lenin.

The artist has used this history of international relations as fodder for his projects, but in this exhibition, he also intertwines Americas Society’s narrative of national and transnational imaginaries with his self-narrative. “The Good Neighbour” overtly links the conditions of Gower’s practice—which, through its display in the United States, straddles the three NAFTA nations—to its mode of production and exhibition: a Duchampian Boîte-en-Valise-like presentation of his oeuvre that could easily be packed up and carried away…

This solo exhibition, which closed July 17, focused on the Canadian artist’s relationship with Mexico beginning in the 1990s and in the context of increasing globalization following the NAFTA agreement.