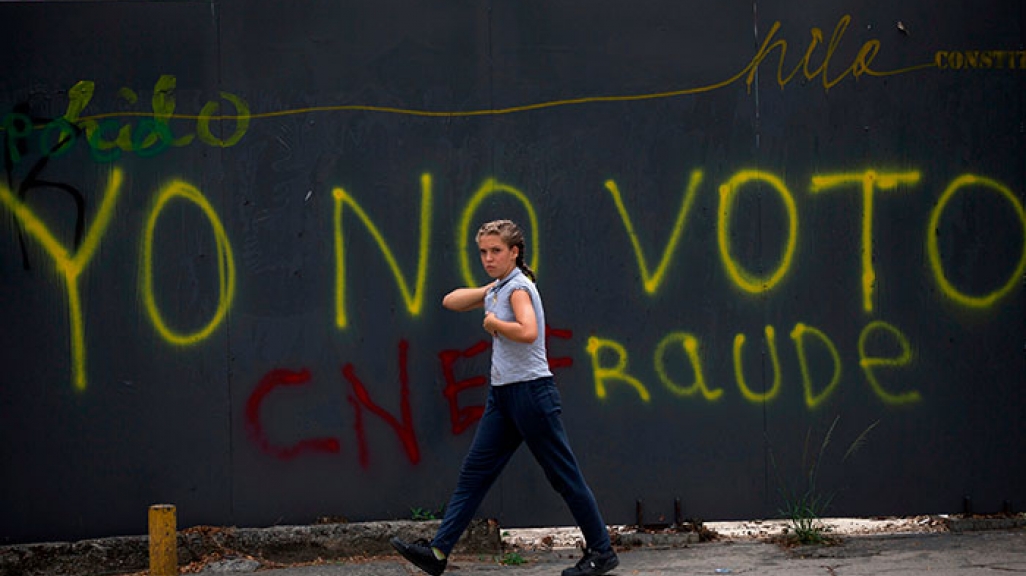 The election takes place May 20. (AP)

LatAm in Focus: Everything More Important than Venezuela's Election

Northwestern’s Daniel Lansberg-Rodríguez explains why the international private sector might be more effective than sanctions at bringing change to the South American country.

Venezuela is holding a vote on May 20 for president, but observers are calling it an election in name only. The deck is rigged—from electoral officials to the judiciary to even the handpicked challengers—in favor of a second term for President Nicolás Maduro, who increasingly needs to hold on to power as his administration becomes more isolated domestically and internationally.

In other words, Maduro can’t hold on to power forever, Daniel Lansberg-Rodríguez, a lecturer in finance at Northwestern’s Kellogg School of Management and director for Latin America at Greenmantle LLC, tells AS/COA Online’s Holly K. Sonneland in this podcast. For one, Maduro isn’t well liked enough to become a South American Robert Mugabe. But, more importantly, Caracas is losing whatever income it had left as its oil industry collapses and multinational companies pull back or come to collect on past due bills.

The Maduro administration is also keen to hold the election early—it’s been moved up from the traditional voting month of December—before presidential votes in neighboring Brazil and Colombia, where right-leaning candidates lead in polls at the moment. The Venezuelan migrant crisis, says Lansberg-Rodríguez, is going to cause “a lot of political pain” and likely local backlash in the coming months. “This is going to be an issue in 2019, and it’s going to be an issue that’s not going to endear the Venezuelan government to any of the neighbors, many of whom are going to be ideologically predisposed against them.”

Although many like to speculate about a possible military uprising against the administration, that’s not likely either, says Lansberg-Rodríguez, given that Venezuela’s armed forces are “uniquely ill-suited” to stage an intervention. The Army leadership is too dispersed and hemorrhaging personnel, the Navy is limited logistically, the National Guard has been coddled with impunity, and the Air Force is involved in narcotrafficking.

But Lansberg-Rodríguez does see one notable bright spot in Venezuela’s future: the recovery will be quicker and more robust than many expect, due in no small part to a highly educated, entrepreneurial middle-class diaspora. The key task, he says, will be engaging them, if and when that day comes.

This podcast was produced by Luisa Leme.

The music in this podcast was performed by C4 Trío at Americas Society in New York. Learn more about upcoming concerts at musicoftheamericas.org.