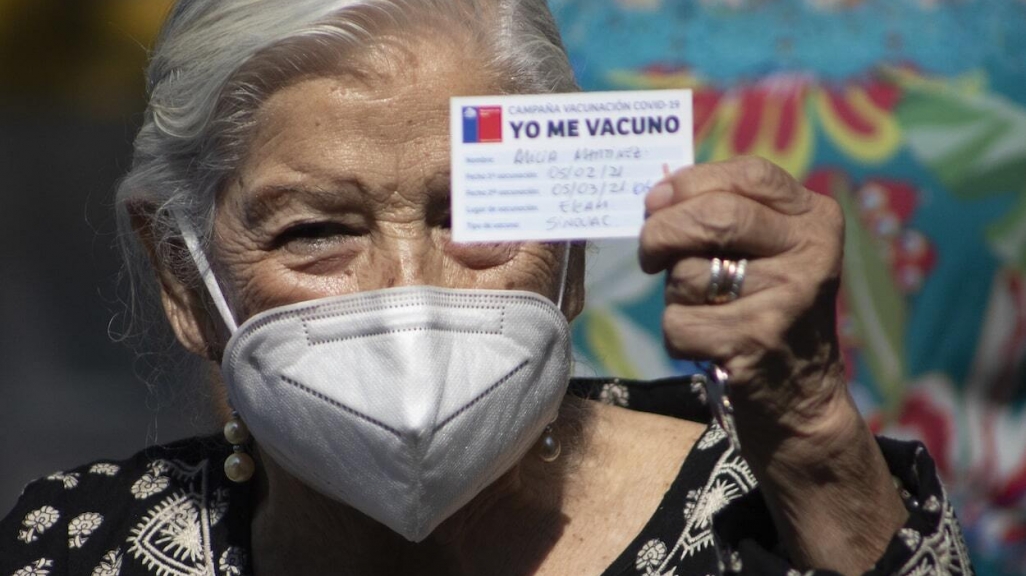 By Chase Harrison and Luisa Horwitz

Despite having the highest vaccination rate in Latin America, the country faces lockdown as a third wave of infections hits.

Chile has captured global attention with its vaccination campaign: it has the fourth highest vaccination rate per capita in the world with just over 47 doses administered per 100 Chileans. It met its goal of vaccinating about 25 percent of its population of 19 million by the end of March—a week ahead of schedule—and is on track to vaccinate 80 percent by July. But Chile shouldn’t count its chickens before they hatch, as the country’s vaccination campaign coincides with a record high of new daily confirmed cases since the pandemic first hit.

President Sebastián Piñera first laid out the national vaccine plan and goals on December 1. Vaccinations are free and voluntary for most, though for high-risk groups it will be mandatory. Immunization for school children may also be mandatory, pending regulatory approval.

Chile’s vaccination campaign began on December 24 with the first doses going to healthcare workers the same day the first batch of nearly 10,000 Pfizer-BioNTech shots arrived. Through March 23, 31 percent of Chile’s population had received at least a first dose, while in the United States, that figure was at 25 percent.

While the country benefits from a solid healthcare system and history of vaccination campaigns, abundant vaccine contracts were key to Chile becoming a world leader in immunizing its population. Piñera, a billionaire businessman who made his fortune in the credit card industry before running for president, prioritized securing vaccine doses early on and in September announced the first contract for 10 million Pfizer-BioNTech doses. The government since procured contracts with AstraZeneca-Oxford, Johnson & Johnson, and the COVAX Facility. In addition, the government reached agreements involving four Chilean universities and vaccine developers for clinical trials for AstraZeneca-Oxford, CanSino, Johnson & Johnson, and Sinovac to take place.

According to UNICEF, Chile has purchased 78 million vaccine doses—enough vaccines to cover 214 percent of the population—the highest coverage in Latin America. Of its total supply, three-quarters are Sinovac’s CoronaVac shot. Given this surplus, Chile donated 20,000 doses apiece to Ecuador and Paraguay.

Authorities also designed a system to administer large quantities of vaccine doses. A network of about 780 public and private vaccination sites, including schools, stadiums, and elder care facilities, are helping vaccine rollout across the country, with no need for appointments. In addition, the country continued its nationally coordinated pandemic response and communications strategy. The Health Ministry’s communication “I get vaccinated” platform clearly shows when and where someone is due for their second dose, a tracker of who is eligible to date, and news on the vaccination campaign. Paula Daza, vice minister for public health, told Vox that in Chile primary care plays an “elemental role in reaching the entire population” with existing clinics in both urban and remote areas, and an established infrastructure for immunization programs, which distributes flu and childhood vaccines yearly. Inoculations even reached Antarctica, as the government sent Sinovac doses to a Chilean research base on King George Island.

Amid global demand for doses, AS/COA Online charts the region’s progress when it comes to immunizing citizens against the coronavirus.

Amid its successful vaccination campaign, the country is facing another spike in coronavirus cases. In the last two weeks, new cases increased by 36 percent with daily figures often topping 6,000 cases—numbers comparable to the first surge of the disease in the summer of 2020. In fact, March 20, 2021 recorded the country’s highest daily total of new cases yet: 7,084.

Chile’s healthcare system is sagging under the new wave of infections with hospital capacity at 94 percent. There is also concern that the country’s medical professionals are experiencing fatigue. According to a top Chilean medical association, 30 percent of doctors report suffering from depression or exhaustion.

Starting in January 2021, a relaxation of Covid safety protocols, start of the vaccination campaign, and the end of the holiday season aligned, leading to an increase in Chile’s contagion rates, especially among young people. In response, starting March 25, almost 13.7 million people, nearly 70 percent of the population, are returning to quarantine under Phase 1, the strictest set of protocols. Phase 1 will also be in effect on weekends and holidays for an additional 20 percent of the population starting March 27. The government is further implementing stricter standard for international visitors, including a mandatory 10-day quarantine for all and special quarantine sites for those with a positive PCR test.

But pandemic fatigue is settling in. The national secretary of Chile’s medical association expressed concern on March 24 that long quarantines were ineffective, as citizens were more likely to ignore restrictions. Another concern is that these new quarantine measures may restrict citizens’ ability to safely access the polls in upcoming April 11 elections.

As a response to the renewed quarantine, this month Piñera announced $6 billion in new spending measures, including several initiatives that provide cash transfers to those citizens under mandatory quarantine. There are also boosts to unemployment insurance, employment subsidies, aid to small businesses, loans to middle-class families, funding for healthcare, and new Covid testing programs. These spending measures bring Chile’s total pandemic-related spending to $18 billion, at little over 7 percent of its GDP. There was pressure on Piñera to approve this spending, as on March 2 the lower house of Congress began to review a bill proposed by the opposition that would allow citizens to a withdrawal of pension funds up to $6,000 as economic relief. Piñera’s government has called this “bad public policy.” In July of last year, Congress approved a bill to allow for early access to up to 10 percent of people’s retirement funds, a move Piñera opposed. 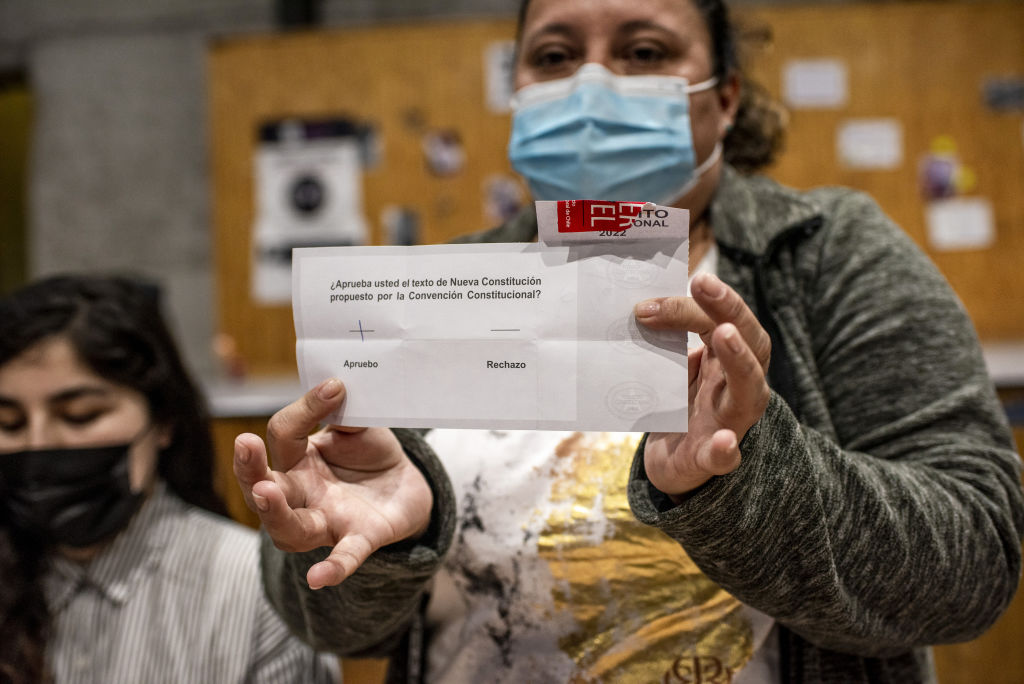 Congress approved a plan to draft a constitution in 2023. 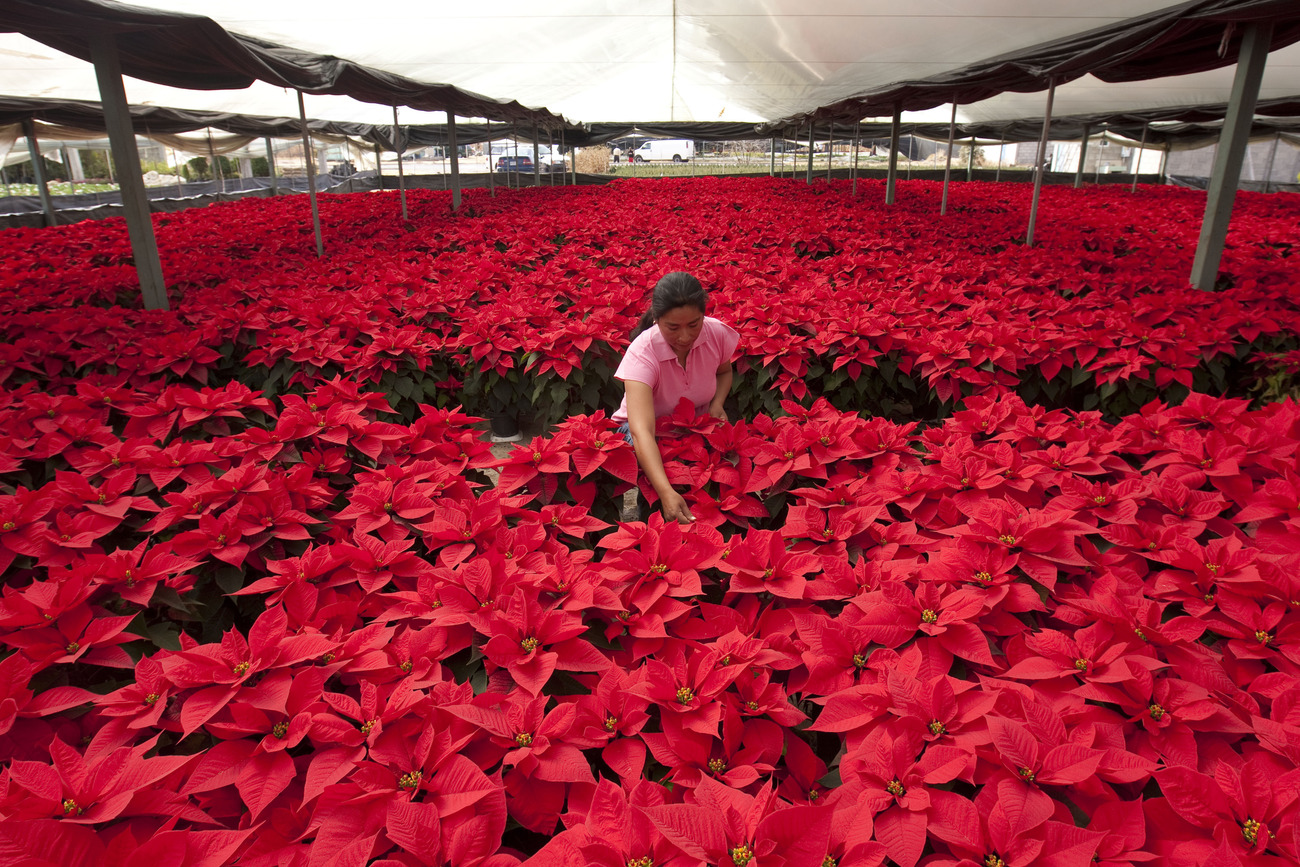 LatAm in Focus: Three Stories You May Have Missed in 2022