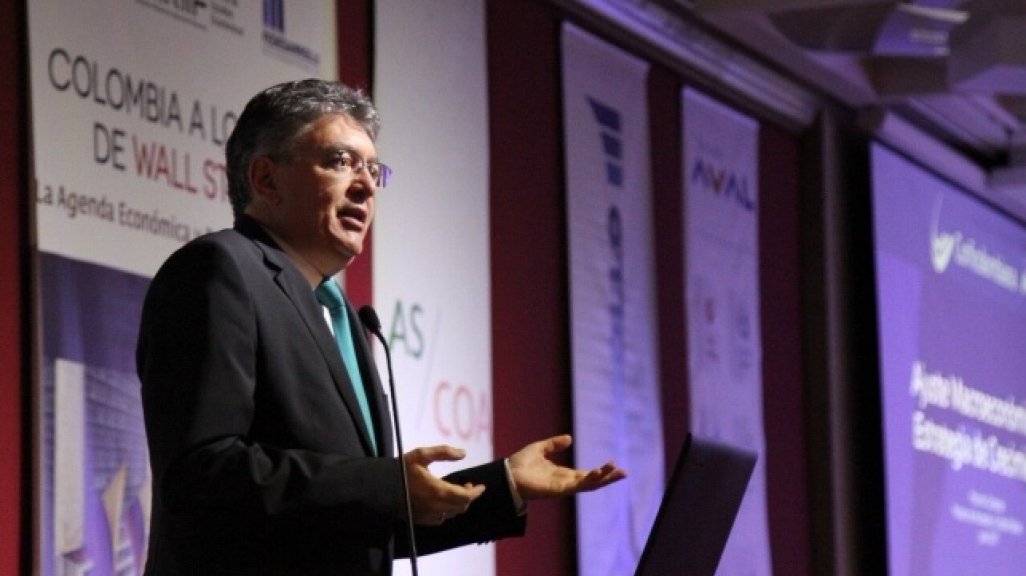 Bogotá 2017 Recap: Colombia in the Eyes of Wall Street

A glass-half-empty-or-half-full debate dominated much of the discussion at AS/COA’s twenty-first conference in the Colombian capital.

AS/COA’s Adriana La Rotta gave the opening remarks at the organizations’ twenty-first annual conference in Bogotá, pointing to the country’s 16 free-trade agreements, the doubling of the middle class since 2002, and increased foreign investment as some of the country’s most notable evidences of progress. The country is in a critical moment, she said, as it works to implement the peace accord with the Revolutionary Armed Forces of Colombia, or FARC, an issue that will be sure to continue to dominate the political agenda and be a central theme of presidential debates during the 2018 election season.

Colombia's Finance Minister Mauricio Cárdenas then took the stage to address the country's economic prospects, the results of December’s fiscal reforms, and the challenges that remain to increase Colombia's growth. The minister spoke of a multidimensional strategy to reduce poverty, tackling areas from education to health, which supported a decline in the poverty rate from 30 percent to 17 percent. He also pointed out that, for the first time, half of the Colombian workforce is formally employed, an important accomplishment in a region with high informality rates.

Cárdenas went on to discuss efforts to diversify the economy, making it less dependent on the petroleum sector in favor of agricultural and other products as exports. At the same time Colombia's foreign debt remains high and the country must continue to find a better balance to be able to absorb external shocks.

In a presentation that looked at the effects of international volatility on the country, economist Leonardo Villar of Fedesarrollo said that the value of Colombian exports is up 25.4 percent YTD in 2017 compared to the same period in 2016, despite a 69.6 percent drop in export value to neighboring Venezuela and 10 percent decrease to the United States. He noted that Colombia’s long-neglected agroindustry sector is ripe for government investment, and that trade via the Pacific Ocean could also merit a jumpstart, as exports to Pacific Alliance countries are down. Villar closed by saying that a strengthened rural sector will be fundamental to a sustainable peace.

“Things are not going well for Colombia,” said Sergio Clavijo of ANIF in his first presentation of the day, who pushed back against Cárdenas’ earlier optimistic tone and said the country was in a period of “secular stagnation.” The good news is that the commodities market is stabilizing, he said. But neighbor Brazil is a long way from stability, and even if Colombia and Pacific Alliance countries are doing better relatively, that’s small consolation. “There’s no rebound. We have to pick up the pace to get from 2 percent [GDP growth] to 3 or 4 percent,” said Clavijo. “There’s no time for optimism; there’s too much to do.”

Notwithstanding, the Colombian economy is growing again, said Munir Jalil in the conference’s titular panel, “Colombia in the Eyes of Wall Street.” The Citibank chief economist for the Andean region said Latin America typically sees cyclical recovery, and that the focus for Colombia and its neighbors should be boosting productivity.

Following, CAF – Development Bank of Latin America’s Mauricio Garrón gave a presentation on Colombia’s energy matrix, 70 percent of which is fueled by hydroelectricity. The country’s emphasis on firm power sources and also its abundant coal resources both hinder development of and investment in renewables, said Garrón.

To close the morning, Fitch Ratings’ Richard Francis gave a rundown of Colombia’s sovereign rating outlook, which his firm revised from “negative” to “stable” in March. The Santos administration’s December structural reforms were “critical” to this revision, said Francis. That said, to maintain its BBB rating, the government will have to implement further reforms, though there’s not much room in the budget, he noted.

In post-lunch sessions, speakers explored the current and future state of Colombian policy and politics. To start, Clavijo provided context by looking back at polling for the 2010 and 2014 presidential elections as indicators of how to read polls for the election taking place next year. He identified four contenders: Humberto de la Calle of the Liberal Party, Germán Vargas Lleras of a coalition of parties, and the eventual candidates for left-leaning and right-leaning alliances.

Analysis for a second round put Vargas Lleras and the right’s candidate within each other’s margins of error. Clavijo closed his presentation with a Gallup poll finding that the ex-Mayor of Medellín Sergio Fajardo has the highest net approval rating when compared to three other leading potential candidates. Meanwhile, Vargas Lleras comes in second—but with an even higher disapproval rating.

Following Clavijo’s talk, Senator for the Democratic Center Party Iván Duque opened the panel on structural reforms with his own presentation, entitled “Indignáccion.” Duque identified the informal economy as the biggest challenge facing Colombia and argued that it threatened to bring down the country’s pension and health systems. Decrying failures of the current administration, he listed ten areas for recovery that included cutting wasteful spending, incentivizing investment, cutting corporate taxes, and reducing tax evasion.

Ex-Minister of Defense Marta Lucía Ramírez spoke next, covering Colombian economic indicators such as declining GDP growth and proposals to improve the outlook.

Former Interior Minister and political analyst Fernando Cepeda closed both the panel and the conference with an exploration of the Colombian public’s pervasive pessimism. He said that what keeps him up at night is that any form of fundamental consensus in Colombia has broken. Putting the issue into a global context of democratic crises opening the door to political outsiders such as Donald Trump in the United States and Emmanuel Macron in France, Cepeda said tendencies indicated that Colombia is ripe for an outsider as well.

Elizabeth Gonzalez contributed to this summary. 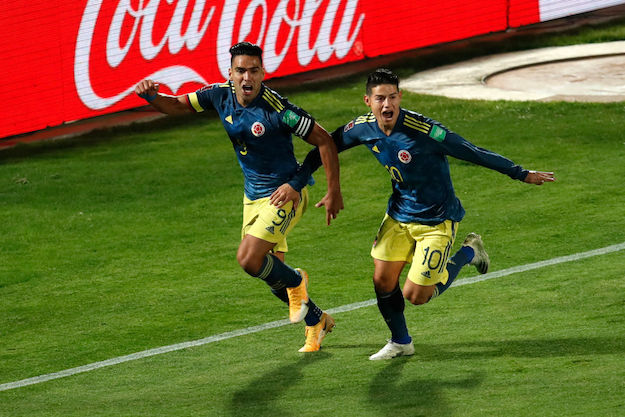