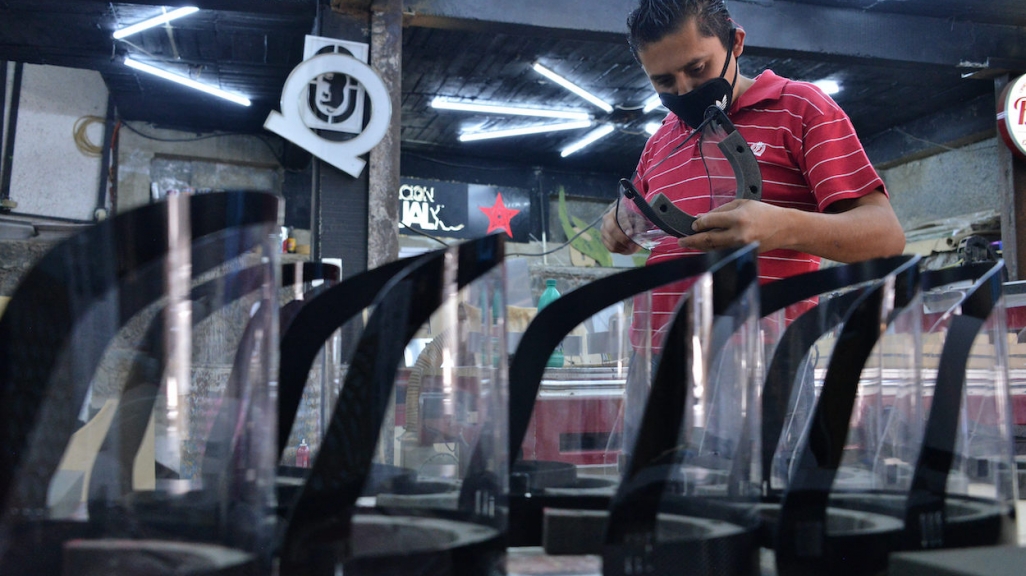 “The USMCA didn’t contemplate the pandemic,” says the AS/COA senior director. The North American trade pact was implemented on July 1.

It was a deal that was years in the making, and it’s about to go into force during an unforeseen global crisis. When the U.S. Mexico Canada Agreement (USMCA) goes into effect on July 1, it brings with it a whole host of new regulations, and its implementation during the coronavirus pandemic means an even steeper learning curve for countries and companies.

“We’ve already seen issues with supply chain management as each country and state deals with COVID-19,” says AS/COA Senior Director Steve Liston. But he points gets North America to accomplish the long-term goals of both supply chain integration and resilience.

On top of that, given that the USMCA serves as an overhaul of the 26-year-old North American Free Trade Agreement (NAFTA), it opens the door to new opportunities. “The possibilities are enormous,” says Liston, who manages AS/COA’s Trade Advisory Group. “Expanding the reach of North America into these twenty-first century economic areas is going to be good for all of us.”

AS/COA Online: How will the pandemic impact the implementation of the USMCA, set to go into effect on July 1?

Steve Liston: The USMCA didn’t contemplate the pandemic. We’ve already seen issues with supply chain management as each country and state deals with COVID-19. In part this was because governments didn’t really understand all the connections and integration that had already gone on between countries and it’s really been a learning experience for everyone. With any new agreement you would expect there is going to be a learning curve and I think with the COVID-19 pandemic there is going to be even a steeper one as we deal with both things at the same time.

It’s important to recall that this is a long-term agreement and process. North American integration is really part of the answer to one of the issues that’s come up, which is supply chain resilience—so-called nearshoring. It’s going to help ensure we can maintain supplies of critical products.

We’ve already seen that with the closure of different factories, with different reopening time frames and requirements, some companies have had trouble sourcing. Now, I think most of these have been worked through, but it required a lot of discussion and coordination among governments and companies to make sure that parts could move between countries. That is something that the pandemic has caused independent of USMCA. There’s no reason to think that that’s going to get easier under USMCA, but I do think the good news is that we’re more aware of it as this new agreement comes into effect.

AS/COA Online: During recent congressional testimony, U.S. Trade representative Robert Lighthizer said: "We will take action early and often when there are problems." He already referenced a couple, including that Mexico had not approved any U.S. biotech products in two years and concerns about Canadian dairy. Are these signs that the USMCA could mean a rise in disputes?

Liston: It certainly could, especially in the short term.

It’s important to remember that the Trump administration stated early on that one of the reasons for wanting to renegotiate the agreement was dissatisfaction with some of the dispute resolution mechanisms. And in any new agreement, the new mechanisms are going to be tested. Over time, it will be clear what implementation means under different circumstances. I think what is going to be most important in the end is that countries agree that the mechanisms in the new agreement are able to address disputes in a timely way—and in a way that the parties perceive as fair.

AS/COA Online: Many refer to this deal as "NAFTA 2.0." But it lays down some stricter regulations on everything from labor laws to rules of origin for auto manufacturers. With that in mind, what are top issues that should be on companies' or countries' radars as the deal gets going?

Liston: It really is true that this agreement is an update of NAFTA, but it does include new chapters and a lot of new provisions. Obviously, the rules and provisions that you mention have gotten a great deal of attention, especially for automobiles, but also textiles and for other sectors, the rules of origin have changed.

The labor provisions are going to be very important; they are being phased in over several years, but those are going to be big changes. And there are new chapters that cover issues that were not in NAFTA, such as the environment, good regulatory practices, small- and medium-sized enterprises, competitiveness, and anti-corruption.

The most important thing is that with any trade deal, the fine print really does matter. Any company that is doing trading under this regime would be well advised to do their homework and get good advice on what’s going to impact their industry and their products.

AS/COA Online: To end on a high note, what are some positive outcomes the accord could deliver, particularly in the context of the global health and economic crisis we're facing right now?

Liston: We mentioned supply chains, and countries are realizing that one country for key products doesn’t make sense. North American integration can be part of the answer to that. But, more broadly, today’s economy isn’t the one that we were living in 30 years ago, when NAFTA was conceived. This agreement is going to open opportunities for digital trade, for e-commerce, for digitalization of trade, and for the digital economy more broadly—areas that were still over the horizon when NAFTA was signed.

The possibilities are enormous. Expanding the reach of North America into these twenty-first century economic areas is going to be good for all of us.