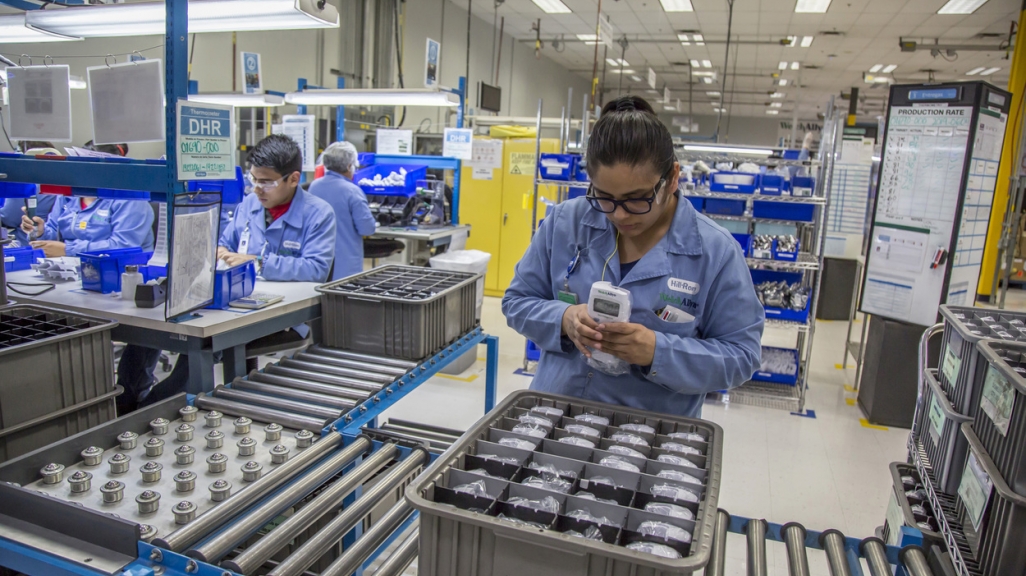 A factory in Tijuana. (AP)

AS/COA Insider: Steve Liston on the One-Year Anniversary of USMCA

The AS/COA senior director reflects on the inaugural year of the renewed free trade agreement between the United States, Mexico, and Canada.

One year after the US-Canada-Mexico Agreement—or USMCA—entered into force, AS/COA Senior Director Steve Liston reviews how the trade agreement is faring. Even amid a global pandemic and a change in U.S administration, Liston highlights that the implementation has been smooth, though several of the USMCA’s new measures have yet to face tests. Still, he remains optimistic about the agreement and its implications for the expansion of regional free trade. “There's been a lot of talk about USMCA as a template for future U.S. agreements,” says Liston.

AS/COA Online: USMCA entered into force on July 1, right in the middle of the coronavirus pandemic. How much does Covid continue to define how the trade agreement is being implemented?

Liston: So obviously, Covid continues to be a huge factor, not just in the way the trade agreement is being implemented, but in the way that trade is being conducted, given that the borders have been closed since the beginning of the pandemic. I think a lot of people hadn’t realized just how many products in the United States had origins or were involved in the North American trade, and that sent people scrambling early on in the pandemic. We've gotten over a lot of those problems, but it did surprise everyone how many items, like automobiles and defense equipment, rely on trilateral trade.

In terms of the actual agreement, I think probably more consequential to implementation than the pandemic in some ways, has been the change in the U.S. administration and the U.S. elections.

Fortunately, the markets are so integrated at this point and that has only continued. It's a great story that we really have this extremely integrated market. And while trade has dropped generally everywhere over the past year, the USMCA continues to be one of the most, if not the most significant, trading relationships that the United States has.

AS/COA Online: President Biden took office on January 20, about halfway through the first year of the new agreement. Has there been a marked change in the way the new administration has approached USMCA, as opposed to the Trump administration?

Liston: It's a little hard to tell because the Trump administration didn't have a whole lot of time to implement it and was otherwise engaged in a U.S. election through most of that time. What I would say though is that the emphasis of the new Biden administration was quite clear when coming in. They're really very focused on implementation of these trade agreements, not just USMCA, and they’ve made good on that.

They are particularly interested in the new labor and environment chapters of USMCA and how to make sure that those are being implemented. Katherine Tai, the U.S. trade representative, has made clear that those are going to be priorities as she goes forward. While it was in the agreement that was negotiated, these provisions were less of a focus for the Trump administration.

AS/COA Online: Over the past months, we’ve seen the first instances of disputes and violations under the new USMCA. In Mexico, there is a case filed by the AFL-CIO through the Rapid Response Labor Mechanism that there are union-busting efforts at an auto plant. Meanwhile, the Biden administration has filed a dispute against the Canadian dairy industry. How are these initial disputes being handled and is it different from how they were handled under NAFTA?

Liston: There are some differences and there are things that are the same. There are some dispute resolution mechanisms that are new. One of them is this Rapid Response Labor Mechanism, which is now being tested by a first case. It honestly took a lot longer to get to these cases than we thought, and I think that's one of the effects that Covid has had.

I think we're just seeing the tip of the iceberg in terms of how these are going to be implemented and tested. This first case, particularly on the labor rights issue, is going to be very important, and we've seen that from the types of statements we're getting from the leadership in both Mexico and the United States. It is important to remember though that Mexico has quite some time—several years—to implement the labor reforms that it promises to do. So, a lot of these things are not going to be tested immediately.

AS/COA Online: Looking forward, what would you like to see happen with the implementation?

Liston: Well, we want to see USMCA prosper. It was a very needed update to an agreement that was a generation old that includes really important digital chapters. It includes a lot of key provisions that we would like not only to see implemented in a big way and that we're glad to see in the agreement, but that we’d like to see expanded. There's been a lot of talk about USMCA as a template for future U.S. agreements.

One of the concerns we have is that a focus on implementation not be the final word on this. Instead, we're actually looking to expand trade into the hemisphere and use these great provisions that are in USMCA to build on the trade agreements we have and to expand trade elsewhere. We want to see that integration increase. So, we hope that the new administration is not only going to fully implement USMCA, but it's going to actually expand the U.S. trade agreement portfolio.