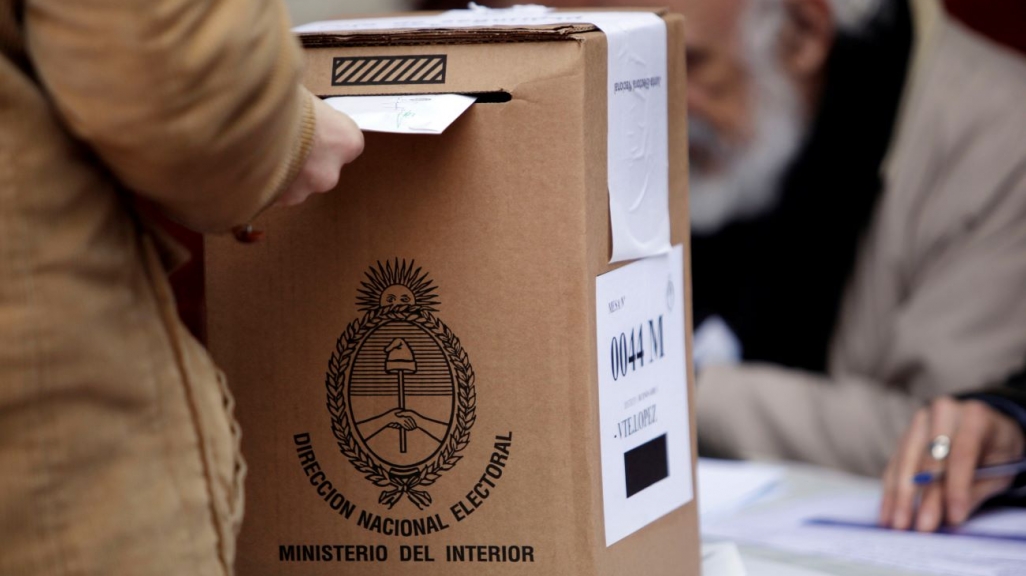 With signs the opposition coalition is poised to make gains, the special advisor to AS/COA analyzes what the November 14 legislative elections mean for the country's future political course.

“The results of the legislative elections will have important implications for governability during the remaining two years of President Alberto Fernández’s term,” says Juan Cruz Díaz, managing director of Cefeidas Group and special advisor to AS/COA about the upcoming midterms.

Argentina's September legislative primaries saw the center-right Juntos por el Cambio coalition make surprise gains in the race for seats for the Chamber of Deputies and the Senate. Díaz covers what will happen if the results of the November 14 vote follow the same path, the steps the government has taken in recent months to try to win back support, and the top issues for Argentines as they head to the polls.

He also covers what the elections could mean down the road, saying: "Several leaders in the opposition coalition are positioning themselves to run, so their electoral performances in this round will define the 2023 presidential tickets."

AS/COA Online: What’s at stake in these legislative elections?

Juan Cruz Díaz: The results of the legislative elections will have important implications for governability during the remaining two years of President Alberto Fernández’s term. In September’s primary election results the Juntos por el Cambio opposition coalition won the race for the Chamber of Deputies by 9 percent and the race for the Senate by nearly 15 percent. If we see a similar outcome on Sunday, the governing Frente de Todos coalition will lose its majority in the Senate and cede its position as first minority in the lower house to Juntos por el Cambio, thereby complicating its ability to govern and pass legislation. In that scenario, the government would have to negotiate with provincial allies and small blocs to boost their leverage while at the same time increase transaction costs to advance legislation.

Additionally, a failure to expand its share of the vote could bring internal tensions within the governing coalition to the fore, as we saw in the aftermath of the primary elections. At the time, the Kirchnerist wing—allied to Vice President Cristina Fernández de Kirchner—put pressure on President Fernández to shuffle the cabinet and implement more interventionist policies aimed at making tangible improvements to voters’ living standards, including food and utility subsidies, along with wage and pension increases. While the president made some cabinet changes, he resisted pressure to remove his economic team. But if the government loses by the same margin or more in the elections, these pressures are likely to rise again. Whether or not Economy Minister Martín Guzmán continues in his post following next week’s elections will be a key indicator as to whether the government will change tack and implement a more interventionist agenda or continue with its policy of relative fiscal discipline in an effort to meet an agreement with the IMF.

The results in these elections will also influence future presidential elections. Several leaders in the opposition coalition are positioning themselves to run, so their electoral performances in this round will define the 2023 presidential tickets. Buenos Aires City Mayor Horacio Rodríguez Larreta is widely expected to compete, while Patricia Bullrich, who occupies a political space to the right of Larreta as leader of the Republican Proposal party, also harbors presidential ambitions. It is also possible that former President Mauricio Macri will try to run as the coalition’s candidate.

Recent polls show voter intention for both coalitions has stayed constant since the primary elections. Juntos por el Cambio retains the highest lead with roughly 42 percent in October, 12 points ahead of Frente de Todos. Furthermore, President Fernández’s approval rating has failed to recover since it dipped ahead of the primary elections. Polls vary, but most point to a negative trend of around 30%.

AS/COA Online: What actions has the ruling coalition taken since the primaries to try to shift the mood in its favor ahead of November 14?

Díaz: Since the primary election defeat, the governing coalition has sought to adjust its campaign strategy to include a more local, on-the-ground focus. This stems from a diagnosis within the coalition that its loss can be partly attributed to a primary campaign focused on national figures and Buenos Aires Province candidates, which did not allow the Peronist electoral machine to reach its full potential. The coalition hopes that giving governors more leeway and fully activating the coalition structure can improve voter turnout, both for itself and provincial allies, thereby improving its electoral performance.

This more localized focus has been complemented by an increased emphasis on direct contact with voters. For example, major national coalition figures and local leaders have been more actively campaigning in the government’s traditional strongholds in the metropolitan Buenos Aires area, where it underperformed in the primaries.

In terms of content, the Frente de Todos campaign has largely emphasized addressing daily issues that affect voters’ lives, such as high inflation and purchasing power. It has launched a series of measures to show proactivity on this front, such as relaunching price control programs, relaxing Covid measures, increasing the income tax floor, boosting the minimum wage and announcing measures to benefit retirees.

The government has also sought to show initiative by announcing measures aimed at fomenting economic activity: the elimination of export taxes on services and the incremental exports of cars and car parts, and new credit lines for the productive sector. Likewise, it has proposed several measures such as a Buy Argentine bill to support local providers, as well as hydrocarbons and agroindustrial promotion bills. However, amid electoral tensions these have not advanced in Congress.

AS/COA Online: What are the top issues on voters' minds heading into these elections?

Díaz: Polls consistently show that voters’ main concerns are inflation, unemployment and poverty, crime and insecurity, and corruption. Nevertheless, there are clear differences in the priority based on each coalition’s base. While Frente de Todos supporters tend to cite poverty, inflation, and unemployment as their top concerns, the opposition’s base gives more priority to corruption, insecurity, and crime. These differences have been reflected in the campaign focuses of the two main coalitions.

AS/COA Online: Are there any newcomers or surprise stars standing out in this election round?

Díaz: This is an important election for the burgeoning libertarian movement in Argentina and one of its figureheads, firebrand economist Javier Milei. He became a well-known figure in Argentine public life in recent years and ran as a candidate for the first time in September’s primaries. Milei headed the La Libertad Avanza coalition’s ticket in Buenos Aires City and the coalition performed better than expected, positioning itself as the third-most voted force in the city with nearly 14 percent of the vote, as well as the fourth-most voted force in the key electoral battleground of Buenos Aires Province with nearly 5 percent.

If repeated in the general elections, the coalition would win four seats in the Chamber of Deputies and could become a sought—after ally for potential Juntos por el Cambio presidential candidates in 2023. A strong showing for the La Libertad Avanza coalition could also bolster figures such as Patricia Bullrich who are pushing for the coalition to shift right.