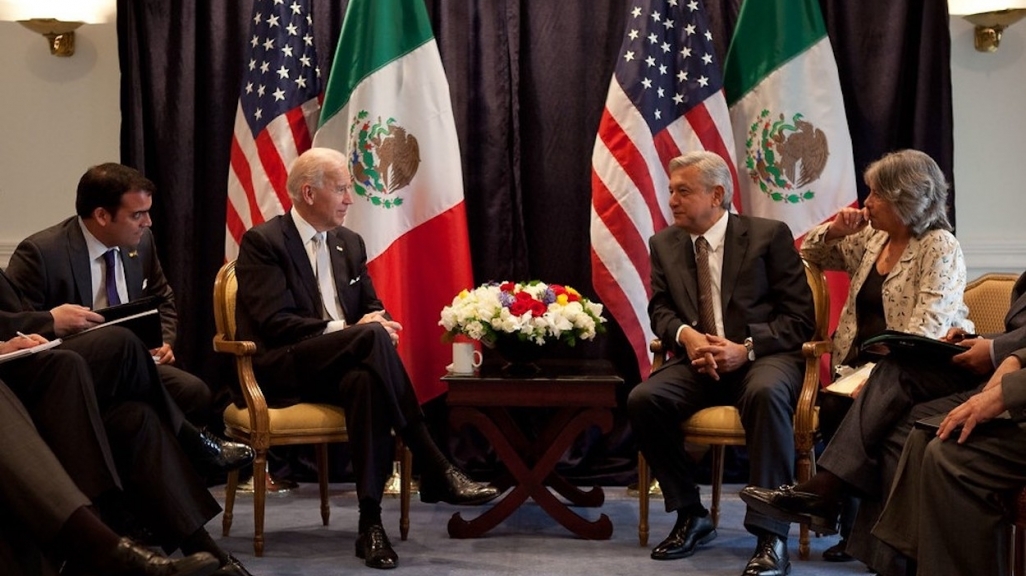 The AS/COA Online editor-in-chief covers the main issues to be discussed at the bilateral meeting after AMLO’s no-show in Los Angeles.

“It’s a way of saying: ‘This relationship, in spite of me not going to Los Angeles, is important, and I’ll make this trip to Washington for that reason,’” says Carin Zissis, editor-in-chief of AS/COA Online. What are some of the issues and expected outcomes of the bilateral meeting? Zissis points to trade, migration, security, and energy as key topics.

AS/COA Online: After not attending the Summit of the Americas in June, why is López Obrador, better known as AMLO, visiting Washington, DC now?

Carin Zissis: The visit was announced at the start of the Summit of the Americas, so to some degree, it felt like a way to soften the blow of AMLO’s absence at that event. We know the reason AMLO said he didn’t want to attend the Summit was because not all countries in the region were invited, and he was referring specifically to Nicaragua, Venezuela, and Cuba.

But there’s another side to it. Over the course of his presidency, AMLO has not physically attended an international forum of this type. It isn’t something that matches his personality and his style of leadership. He’s very direct and he doesn’t travel much internationally, but he goes out and he visits towns all over Mexico, puts his arms around people’s shoulders and he’s very one-on-one. So, a one-on-one meeting with President Biden is more his style, and it’s a way of saying: “This relationship, in spite of me not going to Los Angeles, is important, and I’ll make this trip to Washington for that reason.”

We also have to remember it’s coming close to the two-year anniversary of the implementation of the U.S.-Mexico-Canada (USMCA) agreement, making it a reminder of the important economic ties between the North American countries. In addition, this year marks the bicentennial of bilateral ties between the United States and Mexico. So, there are a lot of reasons to reinforce ties after AMLO’s no-show in Los Angeles.

AS/COA Online: What are the main issues that will likely be discussed at the meeting on July 12

Zissis: It’s hard to accomplish a lot in a one-day meeting, but there are a few issues that will definitely come up. Again, there’s the importance of U.S.-Mexico economic integration, particularly at this time when we’re seeing the threat of recession and both countries struggling with high inflation as they seek to mend their pandemic-battered economies. Bringing the two leaders together is a chance to talk about building on a nearly 30-year-old trade relationship that started with NAFTA. But another matter important to economic integration is the AMLO government’s statist approach to energy. U.S. energy firms invested in Mexico and the U.S. trade representative have raised concerns about this approach.

Without a doubt, migration will be on the agenda. We’ve got the U.S. midterms coming up, and as always, migration is a huge issue as record numbers of refugees, asylum seekers, and people seeking work opportunities try to get into the United States. On top of that, there’s been a reversal of a long-time trend of decreases in Mexican migration, with numbers are going back up for economic and security reasons. López Obrador has supported work visas in the past, and Mexican immigrants in the United States play a really critical role amid his austerity-focused economy because of the record-breaking remittances they’ve sent to families back home since the start of the pandemic.

A priority from Washington’s perspective is Mexico’s continued collaboration when it comes to the large number of refugees making their way to United States. People are arriving not just from Mexico or Central America, but from South America and all over the world, given political, economic, and climate crises.

Finally, security is a huge issue. A recent El Financiero poll showed that 67 percent of Mexicans disapprove of the AMLO government’s handling of security, given ongoing problems with homicide and extortion, as well as rising femicides. From a U.S. perspective, there’s concern about fentanyl and other drugs flooding in while Mexico has long raised concerns about weapons smuggling from the United States. Those are problems the leaders’ predecessors couldn’t tackle either, so it takes more than a day to get done.

AS/COA Online: What are some key issues that probably won't be discussed but that are affecting bilateral relations?

Zissis: There are some touchy subjects for bilateral relations that may go unsaid or that the two leaders will have to work past.

For one, AMLO picked July 4 to say in a press conference that if the United States convicts Julian Assange, then the Statue of Liberty should be dismantled. That’s quite a thing to be saying on the 4th of July, U.S. Independence Day, but we have to remember that some of AMLO’s comments draw attention in his press conferences for his domestic audience. Will it affect bilateral relations? It may not help, but we have to hope they can work past it because there are much more important issues—whether it’s economic integration, whether it’s these security concerns, whether it’s migration—for these types of comments to be a roadblock come July 12.

Then a few days ago there was a front-page article in The New York Times that questioned whether the U.S. ambassador in Mexico is too close to AMLO at the expense of U.S. interests. I imagine it might come up but, again, the two sides have too many important goals for it to stop them from trying to make progress.

AS/COA Online: What happens after this meeting?

Zissis: We should see the meeting as another step, not just in this bilateral relationship but in a trilateral relationship as well. Earlier this month, AMLO announced that he will host Biden and Canadian Prime Minister Justin Trudeau for a North American summit in Mexico later this year. It’ll be a year after the three came together for the first time in Washington. In the meantime, keep an eye on potential USMCA disputes even as the North American countries seek to shore up supply chains.

A New Era for US-Colombia Relations