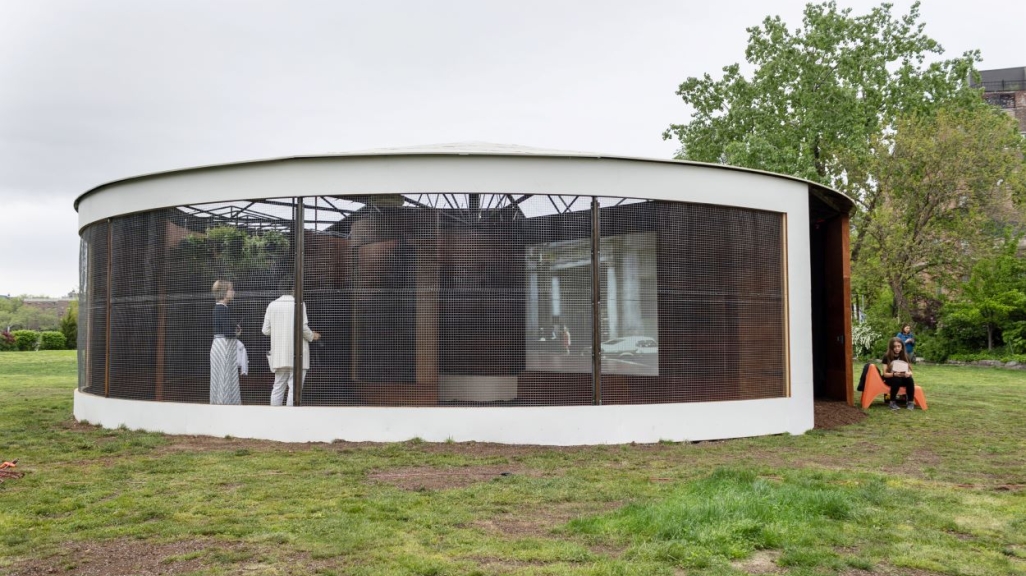 ARTnews Features Americas Society Collaboration in The Defining Artworks of 2022

In 2022, art roared back. Blockbuster exhibitions returned, and the world’s top art festivals, including the Venice Biennale and Documenta, did as well. Historical study of past works continued apace, and new artworks were added to the canon. Although artists had been making art with the same passion during the pandemic as they did before, this year the energy was especially palpable.

Across the world this year, artists continued exploring the ways that racism, colonialism, and misogyny shape society, and they did so as vitally as ever. Their work offered powerful views into alternate universes devoid of these poisonous prejudices while also staring down realities that must be contended with.

Along the way, it became obvious that the study of art history must change too. Artists of color and women artists who had been dealing with these topics for decades were suddenly seen anew, and the works they produced seemed ever more notable. With the understanding that nothing is fixed, experts also upended past conceptions about famous works, even at one point discovering that a beloved abstraction had been hanging upside-down for years.

To look back on the past 12 months in art-making, below is a survey of some of the most important artworks made or presented in a new light in 2022. […]

When Hélio Oiticica arrived in New York in the early 1970s, he was at the peak of his career. Already well-established in his native Brazil, and with important showings in London and New York under his belt, he came to the city on a Guggenheim Fellowship ready, to create something truly awesome in the form of a monumental public artwork that would take over Central Park. It wasn’t staged at the time, due to bureaucratic red tape that Oiticica faced, but a maquette for that work was included in his traveling retrospective that landed at the Whitney Museum in 2017, and the possibilities the project offered were endlessly fascinating. (He eventually created scaled-down versions, with the hope that they might be realized; none of those were.) More than five decades later, an iteration of Oiticica’s project, Subterranean Tropicália Projects: PN15, was finally realized at Socrates Sculpture Park in Queens, in collaboration with the artist’s estate and the Americas Society. The installation was exhilarating, an olfactory sensation with a maze-like construction that led into a final space that were playing various moving-image works, including the only piece Oiticica finished in New York, a film about Mario Montez. It was truly an immersive experience. […]

The late Brazilian artist's large-scale outdoor installation, co-presented by Americas Society, is on view in the Queens park from May 14 to August 14.