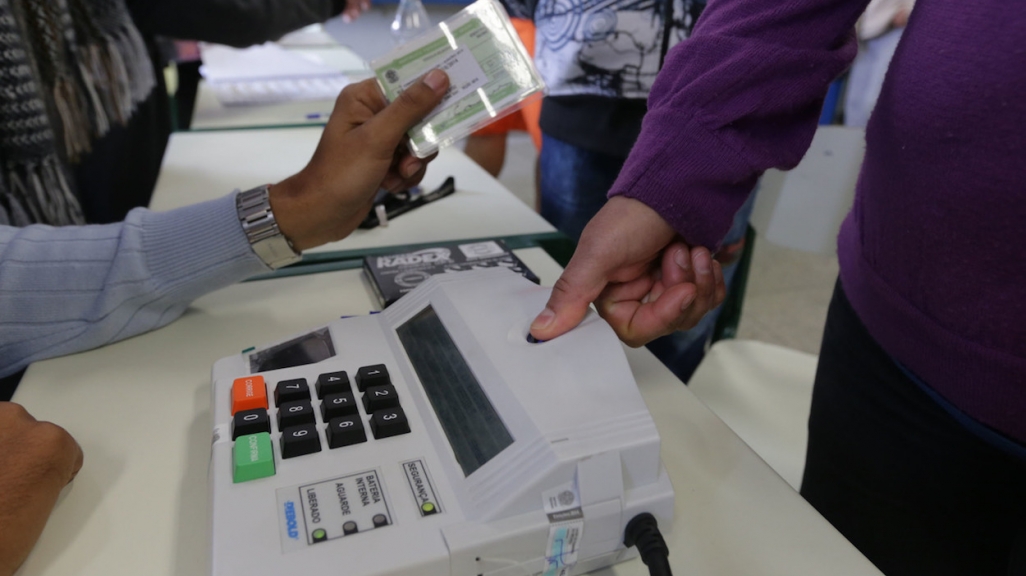 A voting machine in Brazil. (AP)

2022 Elections in Latin America: A Preview

Brazil, Colombia, and Costa Rica will hold presidential and legislative votes this year, but those aren't the only elections taking place in the hemisphere.

Compared with 2021, there may be fewer elections this year in the Americas, but they’re big ones. In Brazil, Latin America’s most-populated country, voters will choose everything from the next president to governors. Colombia will renew the presidency and its entire legislature, as will Costa Rica.

Beyond presidential competitions, Chileans are expected to vote on a new Magna Carta that could replace its dictatorship-era Constitution, while Uruguayans could overturn portions of a far-reaching 2020 law. Looking outside the region, the United States will hold November midterms in which issues pertinent to the region—such as immigration—are sure to play a role.

AS/COA Online takes a look at the electoral calendar in the three Latin American countries holding presidential and legislative votes and offers a roundup of other elections to watch in the coming year.

In 2022, Brazilians will vote for a sweeping set of posts, but the headliner will undoubtedly be a presidential competition that will pit two presidential heavyweights against each other.

Incumbent President Jair Bolsonaro, now of the Liberal Party, is looking to secure reelection. But with his approval rating dropping below 20 percent, the right-wing leader will have to overcome criticism of his handling of the pandemic and a sagging economy.

In the other corner is Luiz Inácio Lula da Silva of the Workers Party (PT), who served as Brazil’s president from 2003 to 2010. Lula intended to run in 2018 against Bolsonaro but was jailed for corruption. With the charges annulled, he’s mounting a comeback. Left-wing Lula led Bolsonaro in a recent poll by 27 points.

Colombians aren’t happy and it shows: per a December 2021 poll, 80 percent say the country is on the wrong path and only 25 percent hold a favorable view of President Iván Duque. It’s unlikely Duque would win reelection in the May vote, but he’s limited to one term regardless.

The question is whether voters, frustrated by economic malaise amid the pandemic and the country’s security forces, will look to the other side. The leftist Senator and ex-Mayor of Bogotá Gustavo Petro, a former M-19 guerrilla who lost the runoff to Duque in 2018, is a frontrunner, boosted by anti-establishment sentiment and support from poorer Colombians and students. But his win isn’t assured, given that he’s also the candidate with the highest disapproval rating, and a November poll showed him losing a runoff facing either former Mayor of Medellín Sergio Fajardo or ex-Senator Juan Manuel Galán. Other contenders include businessman Rodolfo Hernández and former Finance Minister Óscar Iván Zuluaga.

The crowded electoral field will get whittled down on March 13 during the primary-like interparty consultations, held on the same day voters will also elect a completely renewed bicameral Congress.

A field of largely centrist candidates will have an electoral test in March, two months before the first-round presidential vote.

Costa Rica’s 2018 election saw the surprise rise of Christian singer and National Restoration Party congressman Fabricio Alvarado, who won the first round of the election with a socially conservative platform based around issues like an opposition to same-sex marriage. In the end, he lost the runoff to Citizens’ Action Party’s Carlos Alvarado in an election that saw a reshaping of Costa Rica’s traditional party system.

Now, Fabricio Alvarado is back amid a field of 25 candidates seeking to replace the president, given that consecutive reelection is not allowed. But his victory is far from assured; former President José María Figueres (1994-1998) of the National Liberation Party is currently polling in first at 19 percent. No other candidate has risen above 10 percent, but other strong contenders include former Vice President Lineth Saborío and progressive environmentalist José María Villalta.

The election will prove pivotal for Costa Rica, which has seen intermittent unrest over the past few years in reaction to tax reform, labor policies, and the country’s macroeconomic program.

Other elections to watch

Beyond Latin America, the United States will hold midterms in an election that will heavily shape what lies ahead for the Biden administration. Voters go to the polls on November 8 to elect all 435 members of the House of Representatives, 34 senators, and 39 governors. Latino voters across the United States will prove pivotal in the election, just as they did in 2020. Though Latinos helped deliver the presidency to President Joe Biden in key states, Donald Trump made gains, earning an estimated 32 to 38 percent of their votes, as compared to his 28 percent in 2016.

Now, a recent poll suggests Latino voters are evenly split between Republicans and Democrats in terms of voter preference. Latinos make up a significant chunk of the electorate in states like Arizona, California, Colorado, Florida, Nevada, and Texas, all which have either decisive Senate or House races. Issues that are important to these voters—like immigration, education, and small businesses—are likely to become salient in these elections.

Turning back to Latin America, there are a number of votes to watch. Anticipation may be building for Chile’s (still unscheduled) constitutional referendum, but Uruguay already has a referendum on the calendar. On March 27, voters will decide whether to overturn 135 out of the 476 provisions of what’s known as the Law of Urgent Consideration (LUC). The LUC was passed in July 2020 by the current governing coalition, and while the portions in question cover a range of topics, the most controversial areas include the use of police forces and restrictions on strikes and protests.

It remains unclear when Mexico will hold a referendum—expected in the spring—to renew President Andrés Manuel López Obrador’s mandate, though there’s little doubt he would win if it comes to pass. What is certain is that six states—Aguascalientes, Durango, Hidalgo, Oaxaca, Quintana Roo, and Tamaulipas—will hold gubernatorial, and, in some cases, local elections on June 5 in a vote that could see López Obrador’s political party, Morena, and its coalition partners expand control.

Later this year on October 2, Peru will hold local and muncipal elections to choose 25 governors, 200 provincial mayors, and 1,700 municipal mayors in an electoral round that some say will give voters their first chance to affirm or reject the leftist government of President Pedro Castillo.

In some cases, electoral futures are unclear. Haiti was supposed to hold elections in 2021 for a new president, legislature, and a constitutional referendum. But those elections have been postponed four times, and the country has been hurled into an uncertain political climate due to the assassination of President Jovenel Moïse in July 2021. The current head of state Prime Minister Ariel Henry dissolved the Provisional Electoral Council but pledged an election will occur in the second half of 2022. Still, Henry’s mandate ends on February 7, which could spell more confusion for a country already struggling with earthquake recovery, a laggard vaccination campaign, and mounting gang violence.

Nicaragua, where 2021 presidential and legislative elections were largely considered a sham, is slated to have regional and local elections in 2022. No date is yet set.

Hope Wilkinson contributed to this article.