AS/COA provides an overview and analysis of the latest developments in Venezuela's changing political scenario, a breakdown of key players, and related video and audio content. 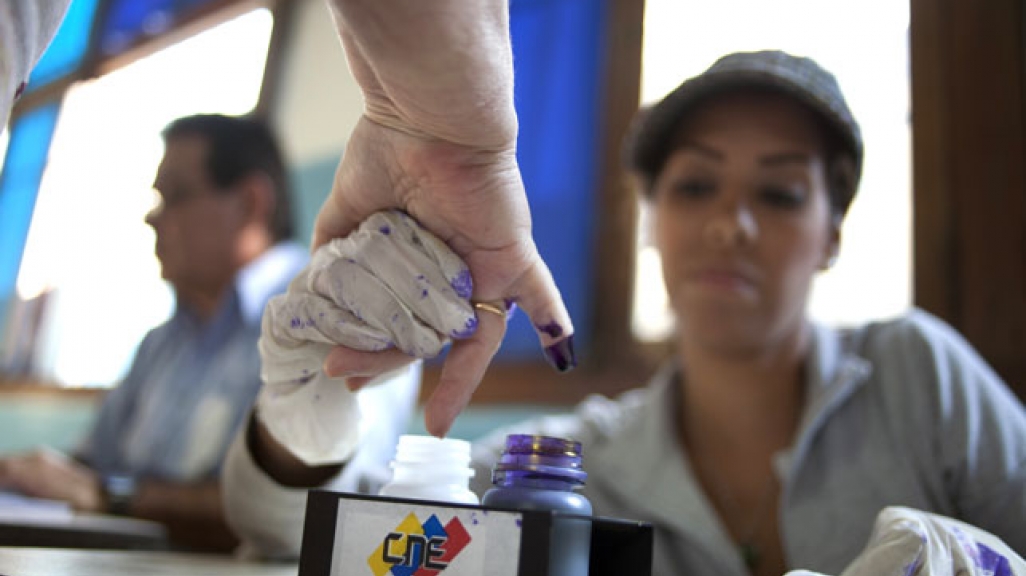 Updated June 9, 2013—On the afternoon of March 5, Venezuelan Vice President Nicolás Maduro announced through national media that President Hugo Chávez died following a battle with cancer. Chávez had remained out of the public eye for three months while undergoing treatment, largely in Cuba. Chávez was due to take office for a fourth term on January 10, but the Supreme Court ruled he could be sworn in at a later time. Following Chávez's death, Venezuela's National Electoral Council (CNE) announced a new election would take place on April 14.

Before heading to Cuba for medical treatment in December, Chávez announced that Maduro would be his hand-picked successor. As vice president, Maduro temporarily assumed the presidency and then ran on the PSUV ticket against opposition candidate Henrique Capriles. On the night of April 14, the CNE announced that with over 99 percent of the votes counted, Maduro won with 50.66 percent. Capriles, who received 49.07 percent of the vote, called for a recount. The CNE agreed to an audit, though Maduro was sworn into office the following day.

What comes next for Venezuela's political future?

The potential for political transition has created uncertainty in Caracas and put Venezuela on the forefront of the hemispheric conversation. President Hugo Chávez's absence from his scheduled presidential inauguration posed questions about the future of the Bolivarian movement, the political, social, and economic stability of the country, and the status of foreign relations under a new Venezuelan leader. Two AS/COA experts weighed in on the impending political transition in Venezuela and what it means for Venezuela's relations with the United States and Latin America.

Eric Farnsworth: We would certainly hope that to be the case but much depends on who eventually becomes Venezuela's leader succeeding Chávez. In the near term, relations could actually worsen, as the next president seeks to solidify his political base by claiming the mantle of Chavismo, one of the main tenets being the demonization of the United States. Observers should anticipate additional volatility in the relationship at least for the short term, although certain confidence building measures like the exchange of ambassadors could certainly improve the relationship.

AS/COA: President Hugo Chávez was seen by the U.S. as a destabilizing force in Latin America. Will his successor continue to be seen in the same way?

Farnsworth: The proof is in the pudding. Washington is certainly interested in a better relationship with Caracas, but will be guided by the policies pursued by the next government. A continuation of Caracas' previous approach to the region, however, is uncertain, especially if Venezuela's deteriorating economy becomes a priority for Chávez's successor. If so, it's entirely conceivable that Venezuela's petro-diplomacy across the region could be de-emphasized, leading to a re-evaluation by regional governments of the benefits of aligning too closely with Caracas.

AS/COA: Chávez formed ties with countries that have tense relations with the United States. Do you see continuity in that policy under the new government?

Farnsworth: Chávez has prioritized building relations with Iran during his tenure. By so doing, Chávez increased his own personal profile but it is unclear how such a relationship has benefitted Venezuela as a nation. Arguably, it has not. With that in mind, transition in Venezuela's leadership could be an opportune moment to reduce the relationship with Iran and that would certainly have a positive impact with regard to Venezuela's relationship with the United States.

Eric Farnsworth is vice president and head of the Washington D.C. office at Americas Society and Council of the Americas.

AS/COA: What are the most pressing issues that President Hugo Chávez's successor will face?

Christopher Sabatini: Whoever it will be, President Chávez's successor will face a set of daunting challenges. First among them will be the economy. In order to win reelection, President Chávez pumped up public spending in 2012, and Venezuela now confronts inflation running near 20 percent a year and a fiscal debt that equals over 15 percent of GDP. The state will have to retrench in terms of spending, just at a time when any successor will need to maintain popular support. At the same time, Venezuela's currency—the bolivar—is overvalued, hurting non-oil exports and local industry. A devaluation will have to come soon, but that will raise prices of imported goods—which the economy depends on because of inefficiencies in supply and the local market—and slow economic growth. At the same time oil exports have declined and the independence of the Central Bank and the state-owned oil company PDVSA have been undermined, hurting the capacity of the state to save and—in the case of oil—invest in technology and infrastructure to maintain already-decreasing production levels. Second are Venezuela's polarized politics. As the October 7 presidential election results demonstrated, Venezuela is a deeply riven country. Both sides are fractured and heterogeneous, further complicating the task of governing. While Chávez's nominal party—the PSUV—will likely remain unified in the early months of any transition, it remains a complicated coalition of forces from army officers, business leaders, to grassroots groups and fringe leftist parties.

AS/COA: Is there a future for a Bolivarian movement in Venezuela and in Latin America without Hugo Chávez at the helm?

Sabatini: Because it will have to, the movement will seek to maintain unity during the transition after Chávez. Don't look for any splits to erupt early in the process, simply because the various currents and factions within Chávez's PSUV know they face an energized (though also fragmented) opposition. For the last 13 years, the movement has been held together by President Chávez's charisma and his micromanagement and balancing of the competing demands and interests. But charismatic authority has difficulty replicating itself, and the two most likely leaders of the post-Chávez party—Nicolás Maduro and Diosdado Cabello—lack the current president's charisma and authority within the party. Moreover, Chávez was never an institution builder, preferring to govern by personal caprice. This means that the PSUV lacks many of the institutional means to resolve internal conflicts and select leaders across the various factions that it comprises. As a result, as economic and political decisions become more difficult and as a future president is forced to make tradeoffs among allies and make unpopular decisions, many of the factions and rivalries will surface and compete for the mantle and legitimacy of the movement. In short, the leader will be forced to contend with governing not just the country but his own party as well.

AS/COA: What's the outlook for Venezuela's foreign relations in a scenario where the PSUV remains in power?

Sabatini: It will be difficult if not impossible for any PSUV successor to fully unwind Chávez's network of patronage—even with the constraints of declining production and declining global prices. But without the figure of Chávez, ALBA (Bolivarian Alliance of the Americas) will have lost an important symbolic and very public leader. There is no one in the other countries who can match Chávez's flamboyance on the international stage, his at times clownish anti-Americanism or his passion for re-creating a hemispheric bloc parallel to his hero, independence leader Simon Bolivar. Cuba is particularly worried that it will lose the 80,000 to 120,000 barrels of oil it receives basically free from Venezuela which have kept the bankrupt Castro regime afloat for the last 13 years. The Dominican Republic and Jamaica—both huge beneficiaries of Chávez's largesse—are also worried. But whether it's ALBA or Petrocaribe, Venezuela's petro-patronage will remain; it is a centerpiece of the government's foreign policy. For one, it needs to continue to buy support internationally, and its alliances with Cuba, Bolivia, and Ecuador are an essential part of its reason for existence. Moreover, the hundreds of Cuban doctors and advisors that are in Venezuela—nominally in payment for the lifeline the government has thrown it—are essential to the Venezuelan government, and cannot be easily turned away. In sum, post-Chávez PSUV foreign policy will continue; it will just have lost its most identifiable, vitriolic public face and inspiration.

Christopher Sabatini is senior director of policy at Americas Society and Council of the Americas and editor-in-chief of Americas Quarterly.

Timeline of Developments Since Chávez Disappeared from Public Stage:

The Presidency of Hugo Chávez 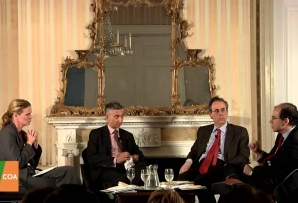 Video: Venezuela - Challenges for the Next President 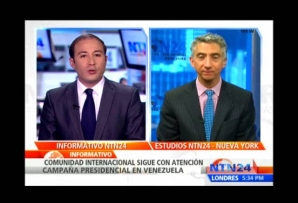 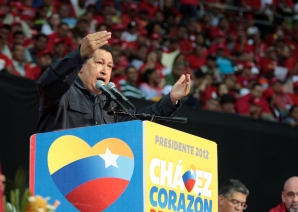 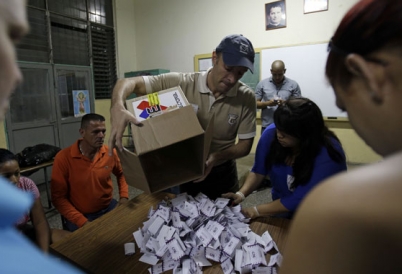 A broader effort to build confidence in Venezuela's vote audit process would help set a positive note for the post-Chávez era, writes Christopher Sabatini for CNN-GPS. 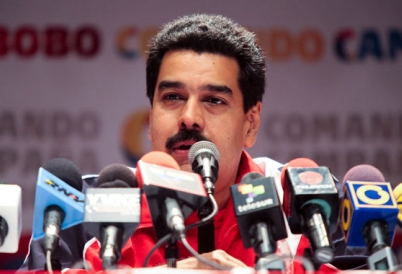 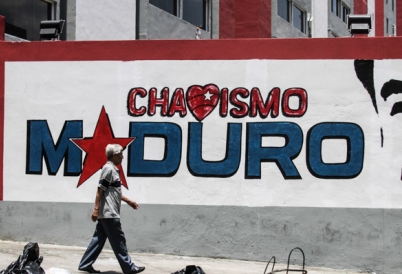