Join AS/COA on May 22 for our Mexico City conference, in partnership with the Ministry of Finance, discussing the economic priorities of the López Obrador government.

Moreover, Mexico remains one of the most attractive foreign investment destinations, given its extensive network of free-trade partners, and ranks at the top of Latin America and the Caribbean in the World Bank’s Ease of Doing Business index.

AS/COA, in partnership with the Ministry of Finance (SHCP), will host its eleventh Latin American Cities Conference in Mexico City to discuss the new government’s economic priorities. Leaders from both the private and public sectors will address the opportunities arising from Mexico’s economic outlook, the potential for foreign investment, and efforts to fulfill the president's agenda.

Learn more about the LACC series and see other upcoming events. 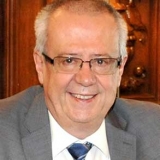 Carlos Manuel Urzúa Macías was appointed secretary of finance and public credit in December 2018. Prior to his current role, Urzúa Macías founded and directed the Graduate School in Public Administration and Public Policy at the Tecnológico de Monterrey, Mexico City campus for 10... 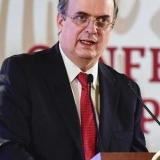 Marcelo Ebrard has been Mexico’s Minister of Foreign Affairs since December 2018. He has wide experience as a public servant and as elected official. He was the director general of interim affairs of the former Federal District Department (1988-1989), undersecretary of foreign... 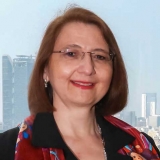 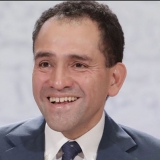 Arturo Herrera Gutiérrez was appointed finance minister in July 2019, after serving as deputy finance minister and deputy minister for revenue since December 2018. Throughout his professional career he’s also held positions at the World Bank, in private banking, and the City... 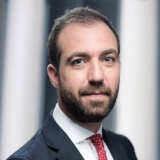 Jose Arosa is president and CEO of AES Mexico and has more than 15 years of experience on power markets in Latin America and the Middle East. He oversees the operating portfolio in Mexico for AES and is tasked with the growth strategy for EnerAB, a joint venture with Grupo BAL... 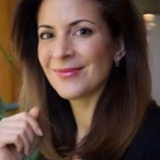 Monica Aspe Bernal is the vice president of external affairs for AT&T Mexico. She is also responsible for governmental and institutional relations as well as the company’s social responsibility strategy. Before joining AT&T, Monica served as the Ambassador and Permanent... 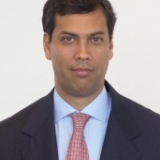 Lorenzo Gonzalez Bosco joined Temasek in April 2008 as managing director. Based in Mexico City, he is the head for investment origination and advisory activities in México and the Andean region. Prior to joining Temasek, Lorenzo was with Barclays Capital where he was the chairman... 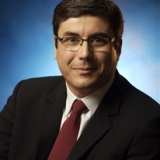 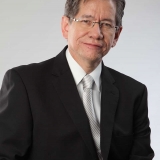 Enrique Quintana has been vice president and editorial general director at El Financiero for five years. He is responsible for the content of all its platforms: print, digital and TV. Since 1988, Quintana has published the daily column “Coordenadas,” focused on economic... 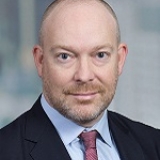 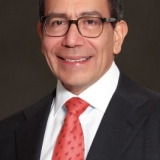 Carlos Salazar was elected president of the Business Coordinating Council (CCE) on January 18, 2019, and took office February 27. His professional experiences includes more than 45 years in the private sector, in academia, and in social organizations. He has a distinguished... 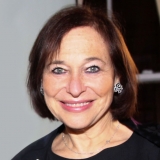 Susan Segal was elected president and CEO of Americas Society/Council of the Americas in 2003 after having worked in the private sector with Latin America and other emerging markets for over 30 years. A passionate supporter of Latin America, she joined the organizations to... 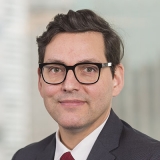 Juan Pablo Spinetto is a business journalist with a 15-year-career at Bloomberg News, currently working as the company’s managing editor for economics and government in Latin America. As such, he is responsible for Bloomberg’s coverage of the region’s economics and politics... 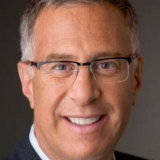 Mike A. Zarcone has been executive vice president and head of Corporate Affairs at MetLife since July 2013. He is responsible for leading Global Communications, Global Government Relations, and Global Sustainability. In this role, Zarcone manages MetLife’s engagement with... 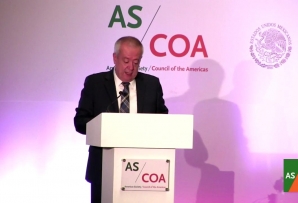 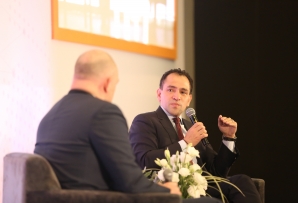 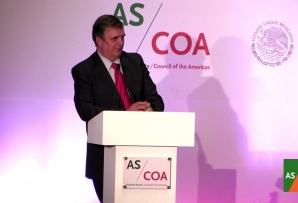 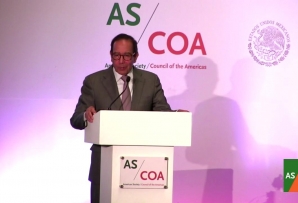 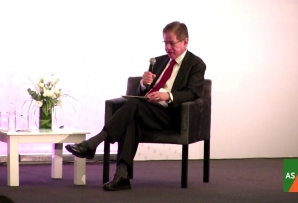 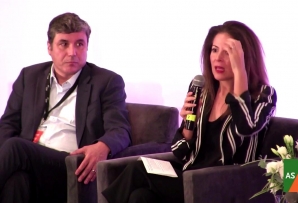 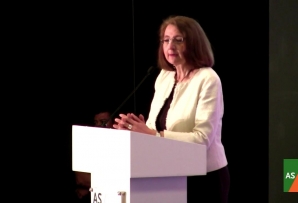 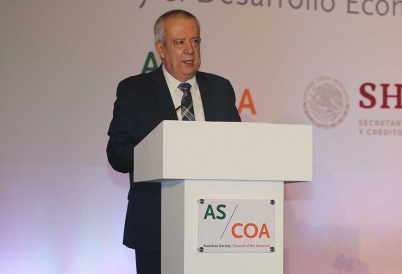 Officials from Mexico’s Economy, Finance, and Foreign Affairs ministries, along with private-sector executives, discussed how to boost investment and inclusion in the country. 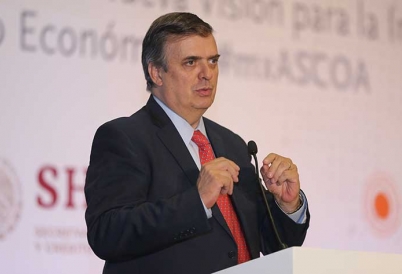 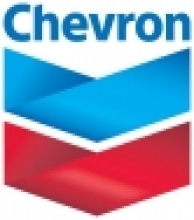 With the Support of