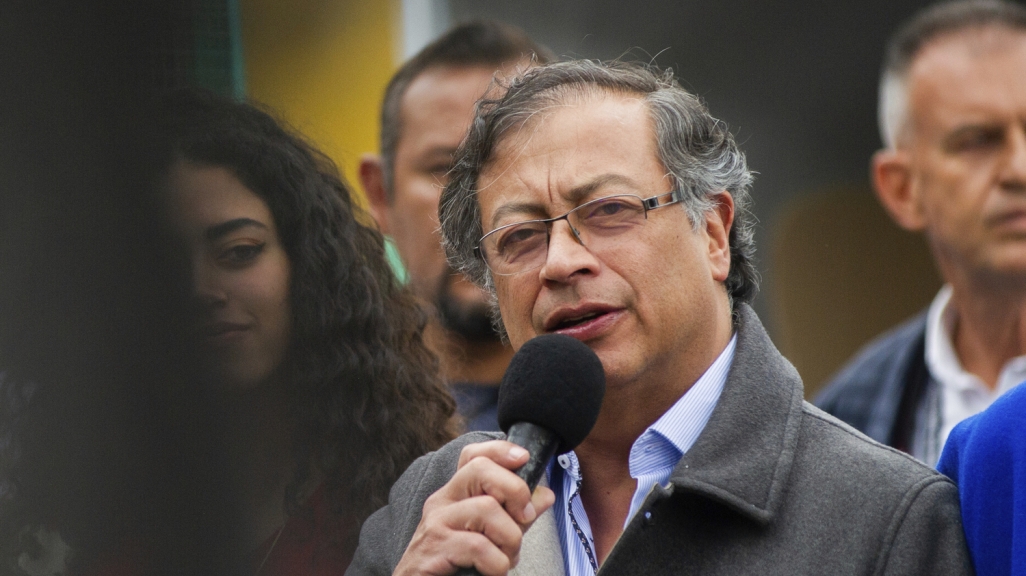 The former senator’s campaign platform diverged from Colombia’s status-quo policies. Petro pledged to take steps such as weaning Colombia off of fossil fuels, banning fracking, expanding free higher education, granting single mothers a universal basic income, all while paying for such policies by imposing wealth taxes. The 62-year-old’s proposals have been lauded by supporters while drawing flak from opposition figures and sparking fears of capital flight.

With question marks looming around how Petro will govern, all eyes are on his cabinet picks. The president has made selections across the political spectrum, with a moderate choice for a key role: finance minister. AS/COA Online explores the backgrounds of Petro’s cabinet picks.

This article was first published on July 12 and has since been updated.

The former Bogotá mayor rode a wave of discontent to become the first leftist elected to the presidency.

Petro’s June 30 appointment of Ocampo was seen as a move to calm fears about a potential radical choice to head the Finance Ministry. An experienced and well-known economist, José Antonio Ocampo is a U.S.-educated Columbia University professor viewed as both a progressive and market-friendly pick. Ocampo considers himself a center-left social democrat and, after his appointment, said: “[T]o grow, we need to work hand in hand with the high-income people,” emphasizing that he would serve as a channel of communication between the business sector and the government.

Ocampo served in the administration of President Ernesto Samper (1994–1998) as both finance minister and director of national planning. He was also briefly agriculture minister under President César Gaviria (1990–1994). In addition, Ocampo held various high-profile UN positions, was on the Board of Directors of Colombia’s Central Bank, and worked with centrist Sergio Fajardo on his presidential campaign this year.

In a June article for El Espectador, Ocampo attributed many of the country’s ills to its pronounced social inequality and said that a progressive tax reform is an “absolutely necessary task” for the incoming administration. He plans to combat poverty with greater spending, social programs, and minimum wage increases.

“Ocampo is respectful of institutions,” Munir Jalil, Andean chief economist at BTG Pactual, told Bloomberg. “What markets don’t like is inexperience. If investors see a plan that can be classified as reasonable and not radical, markets will calm down.”

Despite the moderate cabinet pick, Colombia’s peso, which began to decline after Petro’s victory, continues to suffer and lost 16 percent of its value against the U.S. dollar between the election and July 11.

A lawyer from Medellín, Iván Velásquez, 67, is known for his role as an assistant judge on Colombia’s Supreme Court, where he led an investigation of the country’s paramilitaries and the Uribe government in the early 2000s. He put almost a third of Congress under investigation for electoral fraud and for having ties with paramilitaries.

Later on, he headed the International Commission against Impunity in Guatemala (CICIG), a UN-backed anti-corruption unit that supported the Guatemalan public ministry. As CICIG’s commissioner in 2015, Velásquez helped bring down Otto Pérez Molina, the sitting Guatemalan president, for corruption. Two years later, President Jimmy Morales declared Velásquez a persona non grata and banned him from entering the country after the prosecutor’s investigations began to look into Morales’ son’s undeclared invoices.

As defense minister, Velásquez will be in charge of Colombia’s powerful army. He plans to enact substantial reforms to the police and armed forces, in line with Petro’s focus on human rights and anti-impunity. Velásquez will likely play a key part, too, in the president-elect’s promise to get rid of the ESMAD, a controversial riot unit within the Colombian police force that was criticized by human rights groups for excessive force during recent years’ protests.

Velásquez's appointment has ruffled feathers, especially in the conservative wing of Colombian politics, especially those aligned with ex-President Uribe. Paloma Valencia, a senator of Uribe’s Democratic Center party, said, “The appointment of a staunch enemy of [Uribe’s] party and the head of the opposition party as minister of defense is not just a challenge; it's a threat.”

Petro appointed 79-year-old conservative political veteran Álvaro Leyva as a “foreign minister of peace,” as he put it. Leyva, a lawyer and economist, is known for having worked for several Colombian presidents as peace negotiator between the government and insurgency groups. He participated in the talks that led to the 2016 peace deal with the FARC and negotiated with the M19 movement—a group of which Petro was once a member—to demobilize in 1989.

Leyva served as energy minister in the administration of President Belisario Betancur (1982–1986) and was elected to the National Assembly of 70 delegates who drafted the current Constitution in 1991.

As he announced Leyva’s appointment on June 25, Petro tied the foreign relations role to combating climate change. “Colombia will contribute all its efforts to overcome the climate crisis, and we expect from the world all the effort to overcome our endemic violence,” he said in the tweet announcing Leyva’s nomination.

On July 28, Leyva and Venezuela’s foreign minister announced that their countries will restore ambassadors to each other for the first time since 2019.

Some analysts have posited that Petro’s plan to normalize diplomatic relations with Venezuela’s Maduro regime could harm ties with Washington. Leyva met with the U.S. ambassador to Colombia on June 27 and said that “issues of bilateral and global interest arose” and that relations between the United States and Colombia are as “strong as ever.”

Sergio Guzmán of Colombia Risk Analysis says we can expect Leyva and Petro to normalize relations with, but not necessarily fully embrace, Caracas.

Vice President-elect Francia Márquez will head Colombia’s new Ministry of Equality. Much of the campaign of Historic Pact—Petro’s coalition—centered on improving political representation for women and minority groups. To that end, she will be charged with taking on the three pledges Petro outlined for the Ministry: decreasing the wage gap between men and women, classifying work at home as pensionable, and instituting a universal basic income for single mothers.

Márquez’s rise ahead of the presidential election was tied to her advocacy for the country’s underrepresented. “We achieved a government of the people...of people with calloused hands, of ordinary people, of the nobodies of Colombia,” she said after Petro’s victory.

A single mother and a former housekeeper, Márquez grew up in Cauca, an impoverished province in Colombia’s west. She later rose to prominence for her opposition to a gold mining project in her hometown and won the prestigious Goldman Environmental Prize in 2018 for her environmental activism. In March, she lost to Petro in Historic Pact’s primary but unexpectedly received the third-most votes of any candidate across all parties, besting veteran politicians and launching her path to Petro’s ticket.

Perhaps one of Petro’s most controversial appointments, Gloria Inés Ramírez, 66, is a former senator (2006–2014) who served as president of the Peace Commission and Humanitarian Exchange. She has a history with syndicalism and previously headed a teachers union.

Ramírez also authored the country’s law on femicides, which stipulates that offenders get jail time rather than house arrest. Petro called her “a woman who has fought for women's rights and gender equality,” upon announcing her appointment.

But Ramírez, who is affiliated with the Colombian Communist Party, has made headlines for her polemical comments. “We would like to see here the ideas of [Hugo] Chávez, Evo [Morales], Rafael Correa, and of all those who are building sovereign and independent homelands,” she said in a 2006 Barranquilla speech about the past left-wing leaders of, respectively, Venezuela, Bolivia, and Ecuador. But she told W Radio that her words were taken out of context. “I have been and I am a woman of the left, and for that reason, it’s clear to me what the people’s sovereignty is and the respect one must have about decisions each country makes,” she said.

It has also come out that in 2008, Petro pointed out Ramírez’s links with the FARC, though investigations did not materialize.

Minister of the Interior: Alfonso Prada

A politician, lawyer, and university professor, Alfonso Prada, 57, will take on the role of minister of the interior. The bogotano was head of debate for Petro’s campaign, and his appointment is seen as another sign of Petro’s willingness to work with the political center.

Prada’s main task will be to coordinate with Congress so that Petro can get his projects, namely a tax reform, approved.

In Petro’s announcement tweet, the president tasked Osuna with reforming the justice system to increase “judicial independence, the fight against corruption, and citizen access to the judicial system.”

Osuna will be in charge of public policy with regard to legal issues and the protection of citizens’ rights.

"The problem of corruption does not need new laws,” Osuna said. “It needs the application of current laws."

After losing to Sergio Fajardo in the Hope Center primary, centrist Alejandro Gaviria backed Petro in the runoff.

Gaviria’s selection is seen as a sign of Petro’s willingness to work across party lines. The author, academic, and economist served as deputy planning director for conservative President Álvaro Uribe (2002–2010) and health minister for President Juan Manuel Santos (2010–2018) before working as the rector of Universidad de los Andes.

He studied civil engineering and economics in Colombia before completing a PhD at University of California, San Diego, where his thesis focused on inequality and violence in Colombia.

Carolina Corcho is a doctor, politician, and psychiatrist from Medellín who worked with Petro during his mayorship in Bogotá and supported him in his 2018 and 2022 presidential runs.

However, some of her positions have drawn concern. Corcho called for the elimination of the Health Promoting Entity (EPS), a government-sponsored health insurance, and equated its directors to “ideologues of neoliberalism.” This has received pushback from high-profile figures, including former ministers. Former presidential candidate Enrique Gómez said that doing away with EPS would leave millions of Colombians without coverage and take the country “back 30 years in the advance of coverage.”

A political scientist and environmentalist, Susana Muhamad is a member of the Humane Colombia party, the progressive party that Petro leads. Muhamad aims to end fracking. The bogotana worked with Petro on his 2010 presidential campaign and during his time as mayor of Bogotá from 2012 to 2015.

Cecilia López Montaño, 79, of Barranquilla is an experienced economist and long-time member of the Liberal Party. In the Samper administration, she served as both agriculture minister and environment minister. Between 1985 and 1988, López was Colombia’s ambassador to the Netherlands. She lost in the primaries of the 2009 presidential election.

A poet, artist, actor, and director from Santander, Patricia Ariza founded Teatro La Candelaria, a prominent performing arts theater in the capital. She is known for defending human rights through art. 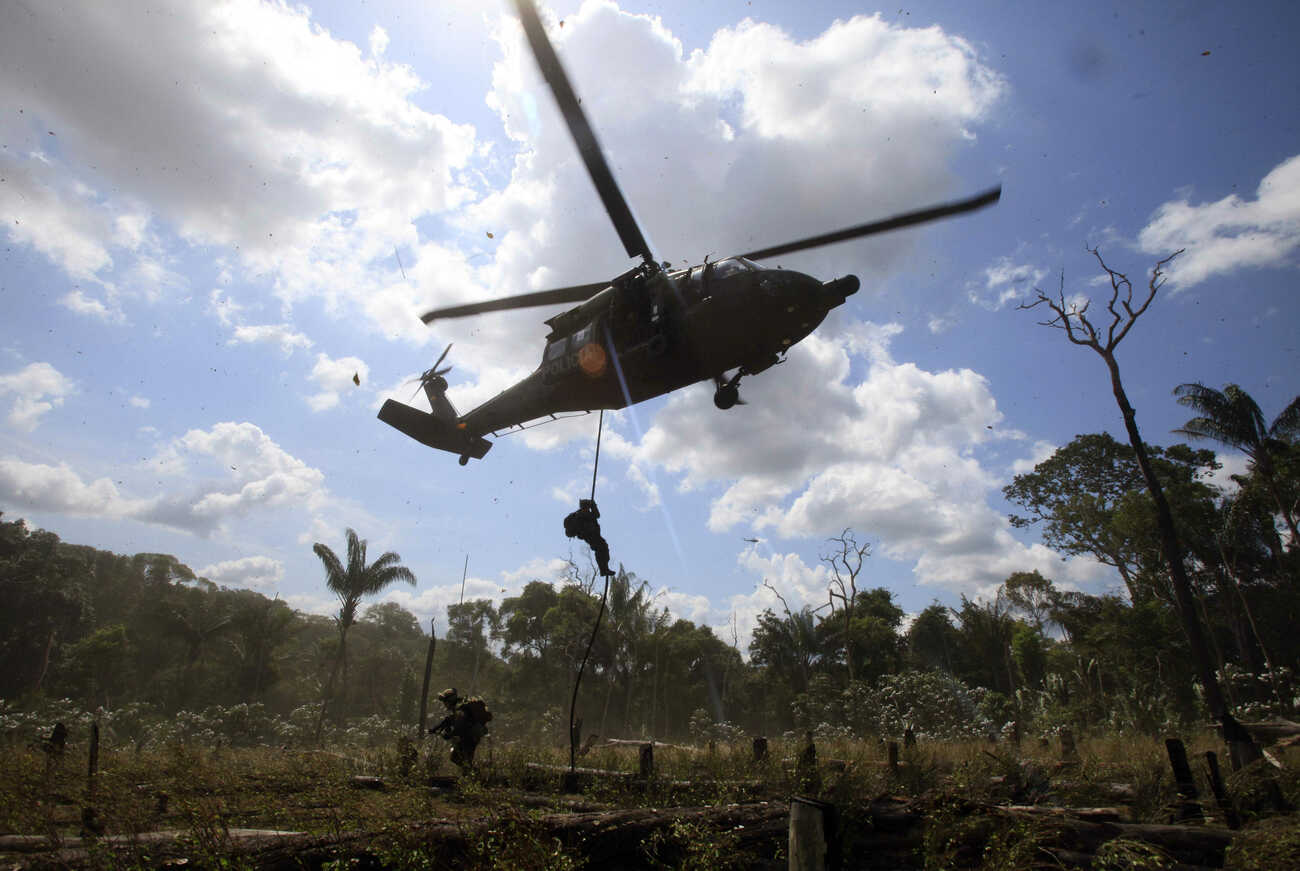