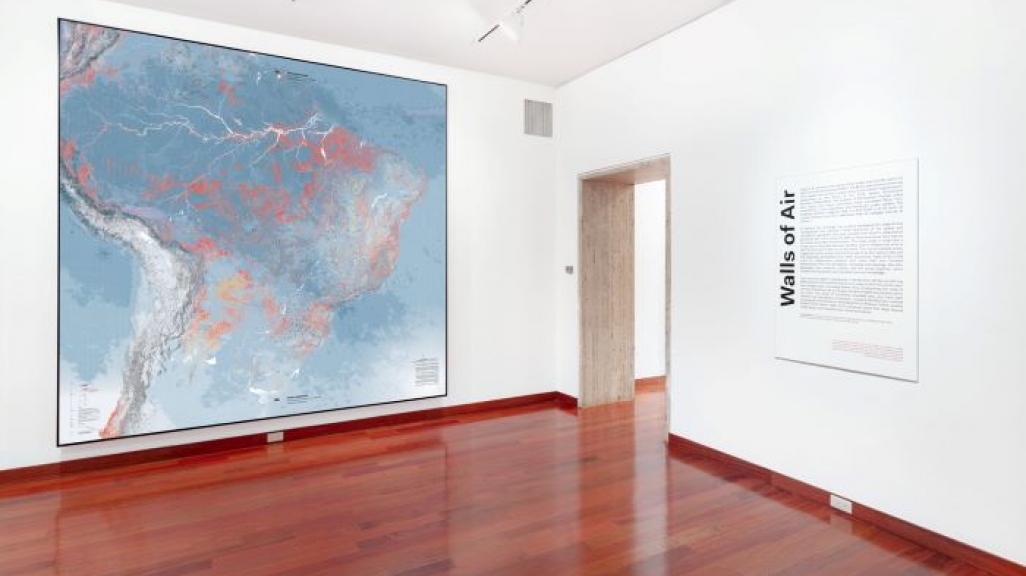 Walls of Air at Americas Society

"[Walls of Air] provoke[s] questions about the different sorts of walls that construct, on multiple scales, the Brazilian territory," says NESS Magazine about the exhibition.

Walls of Air was created for the Brazilian Pavilion at the 16th Venice Architecture Biennale in May 2018. Curated by Sol Camacho, Laura González Fierro, Gabriel Kozlowski, and Marcelo Maia Rosa, the exhibition attempts to uncover the visible and invisible walls that have built Brazil. It showcases several large-scale maps that weave together a narrative of issues that affect not only Brazil but also other countries in the Americas. The maps examine the borders of the country, the history of the foundation of its cities, the flows of people through migration, the fluxes of raw materials and commodities, the real estate market, and environmental questions...

The concept and title for the exhibition was conceived as a response to the theme of “Freespace” proposed by Venice Biennale general curators Yvonne Farrell and Shelley McNamara in order to provoke questions about the different sorts of walls that construct, on multiple scales, the Brazilian territory and the borders of architecture itself in relation to other disciplines. Therefore, a reflection began on how much Brazilian architecture and its urban developments are, in fact, free. Without the ambition of reaching an answer, but hoping to open the conversation to a large and diverse public, the curatorial team chose to shed light on processes that often go unnoticed due to their nature or scale.

The immaterial barriers built between people or neighborhoods and the processes of urbanization in Brazil on a continental scale are examples of questions that were considered.

The presentation of Walls of Air at Americas Society was made possible by public funds from the New York City Department of Cultural Affairs in partnership with the City Council, and by the generous support from the Consulate General of Brazil in New York and the Garcia Family Foundation...