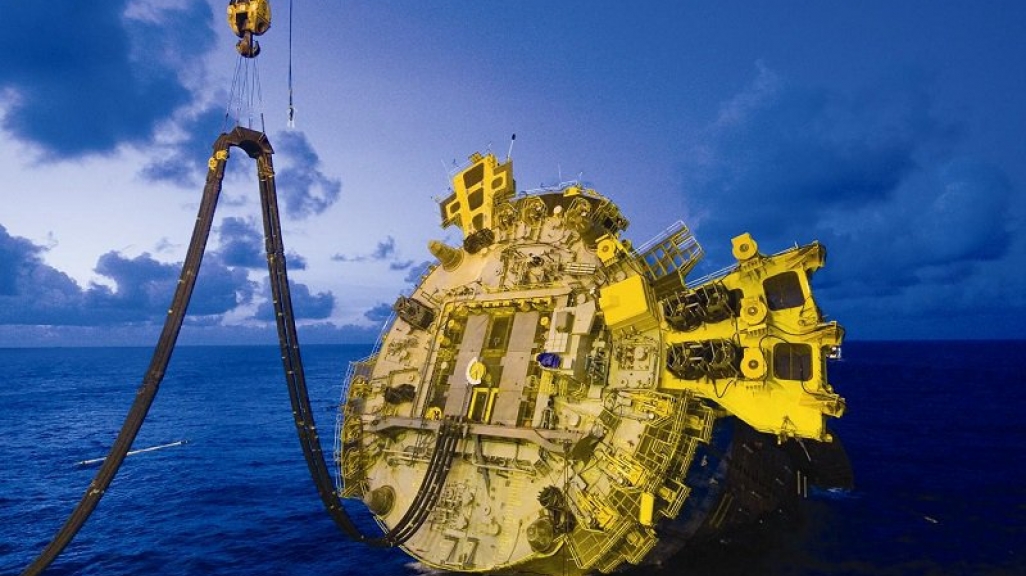 Viewpoint: Mexico's Oil Auction Lives Up to the Hype

A January 31 deepwater oil and gas auction could bring in $93 billion in investments. AS/COA's Naki Mendoza spells out what it means in the country's larger energy context.

Mexico’s latest and hotly anticipated deepwater oil and gas auction on January 31 lived up to the hype. International investors affirmed their bullish feelings about the country’s oil patch this week, pledging more than half a billion dollars in cash-signing bonuses for development rights to 19 of the 29 blocks that were up for grabs.

The oil auction was Mexico’s largest to-date since historic reforms by the Enrique Peña Nieto administration in 2013 opened the energy sector to foreign investors. International companies from 15 countries participated in the bidding, with the winning consortia comprising many of the industry’s heavyweights. Royal Dutch Shell was the day’s big winner, scooping up nine blocks—four on its own and five through various partnerships. The Anglo-Dutch major bid aggressively, laying out more than $340 million in cash signing bonuses of the total $525 million collected by the federal government. All told, Mexico’s National Hydrocarbons Commission estimates the new contracts will generate as much as $93 billion in new investments.

Auction makes a point before election

Beyond the hefty contributions to national accounts, Wednesday’s auction was an emphatic punctuation on a historic reform process that is now entering its fifth year. It offered investors one last big bite at the apple before the July 1 presidential election and, five months later, a transfer of power to a new administration. There will be more auctions to come on March 27 and July 25 for shallow-water and other onshore acreage. But none will rival in scale and attractiveness Mexico’s deepwater blocks.

For all the political controversy and divided opinions that the 2013 reforms have generated, by industry standards they are transformative. A country that just five years ago was closed off to private energy investment, has granted development rights to 66 private companies in five years—and that was before Wednesday’s round. The latest round puts total investment over the life of all new contracts in the ballpark of $150 billion, according SENER, Mexico’s energy secretariat.

The worry now is that the reforms could be jeopardized under a new administration. Leading contender Andrés Manuel López Obrador has been critical of the reforms and, as of September of last year, said he would review contracts signed between the Peña government and international oil companies. Political forecasts aside, conventional wisdom is that the constitutional enshrinement of the energy reforms makes it difficult for any president to undo. A president opposed to the reforms can, however, slow down the momentum by delaying bid rounds, increasing local content requirements, or tightening regulations that otherwise facilitate foreign investment.

Beneath the rhetoric, a theme that underpins López Obrador’s position is the need to bolster Mexico’s energy security. And indeed, it is an issue that the next president needs to address.

Mexico’s energy vulnerability has many dimensions. One that has been actively trending amid the rancor of NAFTA negotiations is Mexico’s heavy dependence on U.S. natural gas imports. According to SENER, imported gas accounted for roughly 60 percent of Mexico’s domestic consumption in 2017—the vast majority piped in from the United States with much smaller portions shipped as liquefied natural gas. Only by 2031 will imports begin to taper off, but still account for 48 percent of national demand.

Much of this dynamic is the natural result of booming U.S. gas supplies and a complementary gas-hungry Mexican economy. The market-driven logic of the arrangement is clear, but such heavy dependence on one source has prompted calls within Mexico to pursue policies of greater energy diversification. Mexico sits atop rich domestic gas reserves, but the economics of cheap U.S. gas still do not justify large-scale investment to extract them. Until those trade-offs improve, policymakers would be wise to smooth out right-of-way issues between private industry and local landowners. The issue currently afflicts several domestic pipeline projects, but addressing it would eventually benefit energy companies when they come around to developing Mexico’s onshore gas.

Infrastructure barriers also challenge energy security. Mexico has five loosely connected gas systems, but southeastern Mexico is almost entirely isolated from the network. The current structure does not allow any gas imports to reach those southern areas. Recalibrating and investing in new infrastructure would create a more fluid and interconnected domestic market, bolstering the security of supply and distribution. Until then, the southeast region of Mexico remains entirely dependent on state oil company Pemex’s dwindling supply of natural gas.

The importance of improving investment

Ultimately, alleviating Pemex of its financial and operational burdens would address many dimensions of energy security by allowing the state giant to focus on its core projects. Years of underinvestment in its assets have contributed to steep drops in Pemex’s production and declining supplies of domestic energy. The company appears to be prioritizing partnerships for the year ahead. CEO Carlos Treviño made the rounds in Davos in January seeking joint ventures and also announced plans to auction off dozens of the company’s fields in a round at the end of March.

The large gains from this first wave of energy auctions will not kick in until the middle part of next decade when most of the new production is expected to begin. At that point—most likely after the next president has already left office—Mexico should be on more stable footing with its energy output. Much focus has deservingly been given to the 2018 elections and the future of the reforms. But industry and policymakers should not lose sight of the many other ways that Mexico can boost its energy security without upending foreign investment.