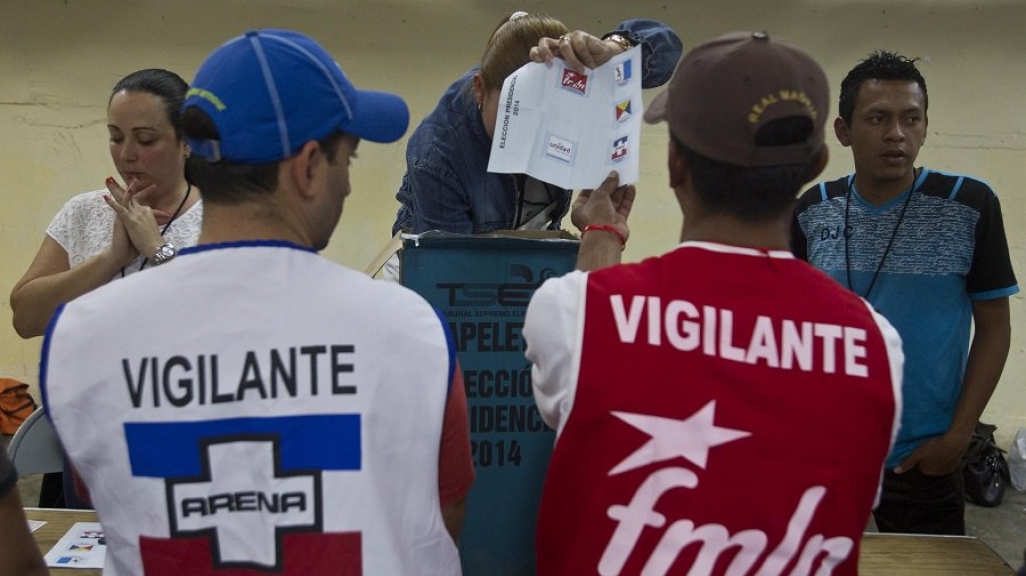 Polls suggest the main conservative party will pick up a larger portion of seats in March 4 legislative and municipal elections.

Updated, March 1, 2018 — On March 4, El Salvador will elect new leadership for the 84 seats in the Legislative Assembly and the mayoral seats for 262 municipalities. There are two main parties: the leftist Farabundo Martí National Liberation Front (FMLN), composed of former Marxist guerillas, and the conservative Nationalist Republican Alliance (ARENA) opposition party.

1. The parties and the rules

Elections for deputies and mayors in El Salvador are held every three years. Some 5.4 million Salvadorans are eligible to vote in these elections, including, thanks to a December 2016 Supreme Court ruling, some 290,000 expat Salvadoran voters who previously could only cast ballots for president from abroad.

The 84 deputies in the Legislative Assembly are elected to represent El Salvador’s 14 departments, which have between three and 24 deputies each, depending on constituency size.* The current Legislative Assembly is made up of 35 deputies from ARENA, 31 from the FMLN, and the remaining 18 from smaller parties. In the case of the 262 mayoral seats, ARENA currently holds 119 seats and the FMLN holds 82 seats.

There are no term limits for deputy and mayoral positions.

The last round of legislative elections in 2015 was called a “technical disaster” after the Supreme Electoral Tribunal (TSE) announced on Election Day that its electoral results transmission system had failed. It took almost four weeks for the TSE to certify the results, which ultimately gave ARENA the majority for that session.

Three years after that debacle, a February 2018 Central American University (UCA) poll found that only 12 percent of respondents had “much confidence” in the TSE, compared to 77 percent who had “little or no” confidence in the TSE. It also found that 53 percent of Salvadorans anticipate fraud in Sunday’s vote compared to the 27 percent who think the elections will be clean.

Polls suggest that ARENA will lead in both the deputy and municipal elections. For congressional elections, UCA tallied 33 percent support for ARENA, 21 percent support for the FMLN, 15 percent for minor parties, and 30 percent who remained undecided with under a month to go. The UCA found slightly higher support for the FMLN in municipal elections. Another February poll, this one by Francisco Gavidia University (UFG), showed that ARENA congressional candidates lead in nine out of 14 departments and are tied with a minor party for a tenth, while the FMLN leads in four.

Some 48 percent of Salvadorans voted in the 2015 legislative elections, virtually unchanged from the elections before that. In the UFG poll, 33 percent of respondents said they had no plans to vote on Sunday, another 5 percent said they’d cast blank ballots in protest, and 22 percent were undecided.

The mayorship of the capital San Salvador has gone back and forth between the FMLN and ARENA for 25 years. In the UFG poll, the ARENA and FMLN candidates are in a dead heat, though the UCA poll showed ARENA’s Neto Muyshondt with a 13-point lead over Jackeline Rivera of the FMLN.

San Salvador’s current mayor, Nayib Bukele, who enjoys an 84-percent approval rating as of this month—the highest of any of the capital’s mayors in the last 14 years—has yet to endorse either of the candidates. Elected on an FMLN platform in 2015, Bukele was ousted from the party in October 2017 after an incident in which he verbally abused a local councilwoman, though he had diverged from FLMN’s agenda and clashed with party leaders before that. Since then, he has founded his own party, New Ideas, and announced his candidacy for the 2019 presidential election, where he continues to lead against all other contenders, garnering 47 percent support in the latest UFG poll. The closest runner-up, businessman and ARENA pre-candidate Carlos Calleja, trails at 13 percent.

The elections occur in the midst of an evolving security and economic situation. Current President and FMLN member Salvador Sánchez Cerén’s public approval has slid: 67 percent of respondents in a January 2018 UCA poll disapproved of his administration, and just 8 percent said things have gotten better during his time in office.

Three-fifths of Salvadorans believe that delinquency and violence are the main problems facing the country, and over half say the security situation has worsened. Homicides actually fell 25 percent from 2016 to 2017, according to authorities, after a government crackdown on gangs, though still remain high at around 60 per 100,000 inhabitants. In response, gangs have targeted their killings against security forces in 2017. Security issues remain a barrier to investment; the Salvadoran economy grew 2.4 percent in 2017, per the IMF, and is projected to grow 2.5 percent in 2018.

To be seen is how the Trump administration’s January 2018 decision to end TPS for 263,000 Salvadoran immigrants in the United States will affect the political leanings of the country. El Salvador has the highest rate of emigration per capita in Latin America, and one third of Salvadorans say they have a family member who will be affected by the decision on TPS. Salvadorans abroad sent home over $5 billion in remittances in 2017, making up 19 percent of El Salvador’s GDP that year, according to the World Bank.

*Editor's note: This article previously stated incorrectly that 20 of the 84 legislative seats were divided among parties based on their national vote shares. That was under a prior system. Now all seats are elected by department. 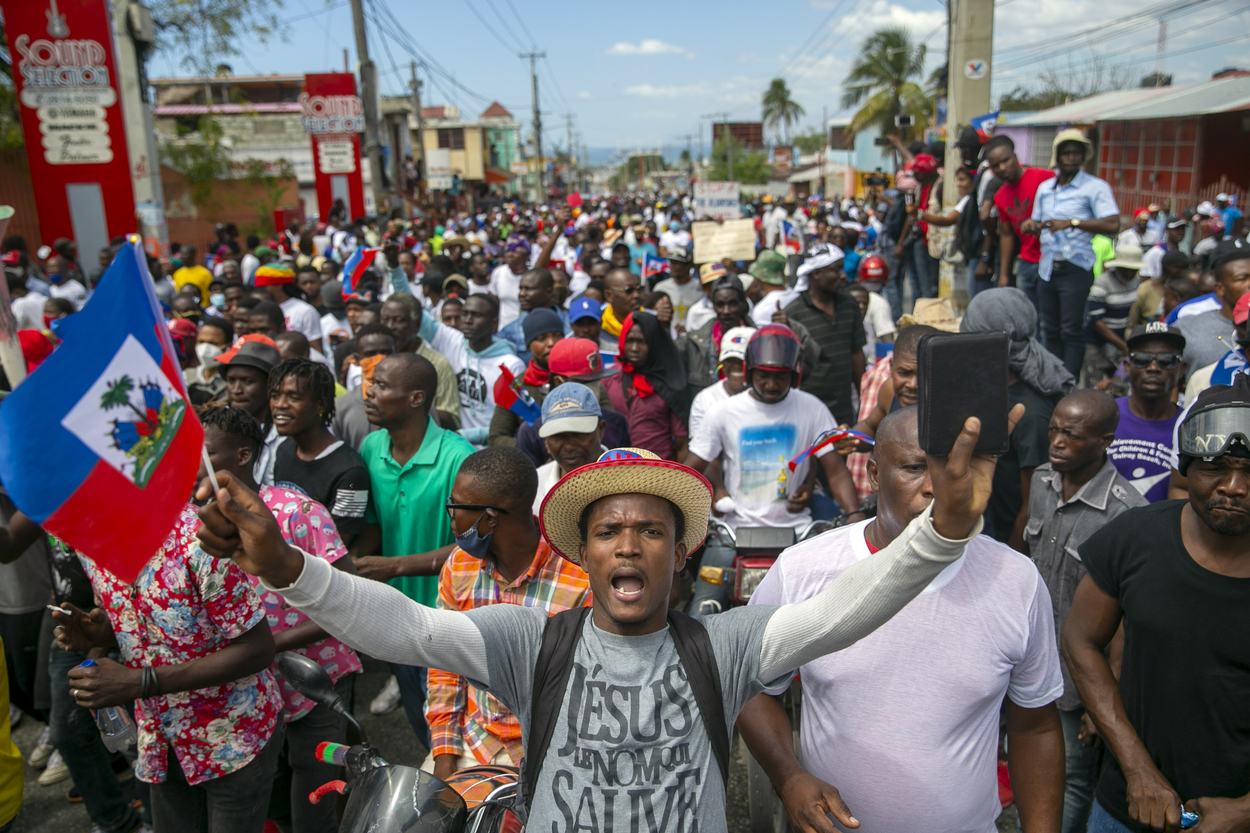 Constitutional Crisis and Crime Have Haiti on Edge

President Jovenel Moïse’s constitutional referendum stalled, but he’s found other ways to consolidate political power amid calls for his resignation.