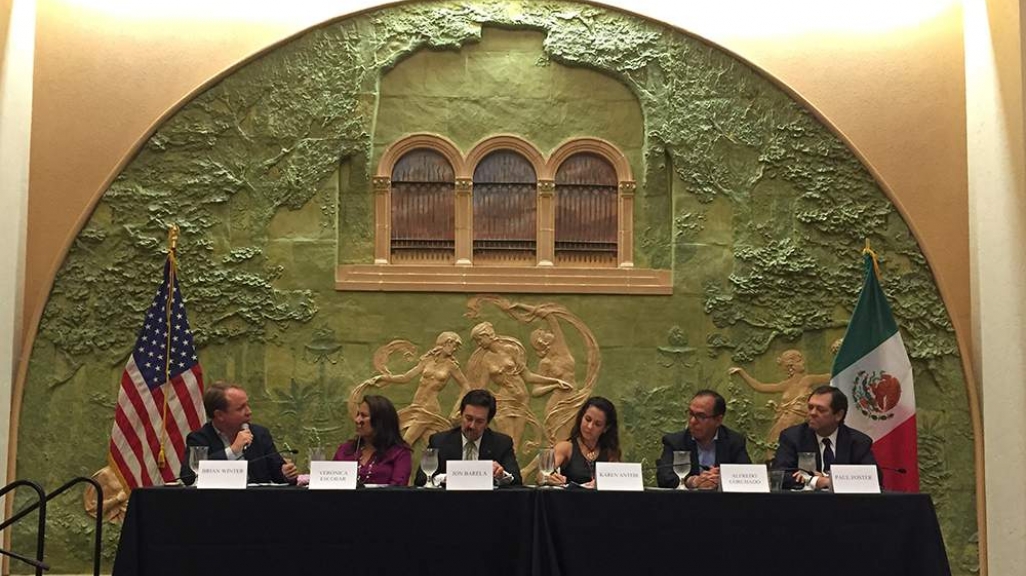 Summary: Washington and the Future of the U.S.-Mexico Border

“The closer you get to the border itself, the better Mexicans and Americans understand each other,” said AQ’s Brian Winter at the El Paso event.

Donald Trump’s promises to crack down on immigration, renegotiate the North American Free Trade Agreement, and extend the southern border wall have put U.S.-Mexico relations on their rockiest footing in decades. But promises and policies are two different things. To understand how cross-border ties are actually changing under the new administration, Americas Quarterly (AQ) went to El Paso, Texas to talk to some people for whom the binational relationship is just a fact of life.

On June 8, AQ brought together some of the border region’s most thoughtful voices to discuss the current state of U.S.-Mexico relations and to celebrate the launch of the magazine’s most recent print edition, “Indivisible.” The panel event was held in partnership with the El Paso Community Foundation and the U.S.-Mexico Border Philanthropy Partnership at the Anson Mills Building in downtown El Paso, and sought to gather on-the-ground perspectives on what relations on the border are really like.

“I know one truism of the U.S.-Mexico relationship is that the closer you get to the border itself, the better Mexicans and Americans understand each other,” said Brian Winter, AQ’s editor-in-chief. That spirit was on display as speakers and attendees discussed everything from the politics of immigration to the future of the North American Free Trade Agreement (NAFTA) and beyond. Here are a few highlights from AQ’s trip to one of the focal points of the United States’ and Mexico’s cross-border relationship.

The city of El Paso sits on the long arm of western Texas, just across the riverbed from Ciudad Juárez in northern Mexico. Together, the two cities form what is referred to locally as the “borderplex,” a place that many residents believe remains a mystery to those outside.

“The biggest misconception in my opinion is that the rest of the country views us as a violent, lawless frontier,” said Jon Barela, CEO of The Borderplex Alliance. Not only is El Paso not violent, but it is one of the safest cities of its size, the panelists said. They also cited low unemployment rates, negative net migration of Mexicans into the United States, and an already existing border wall as information that often escapes people in the rest of the United States.

Even having access to that information is no guarantee that it will be put to good use. Panelists said that media and politicians too often push facts aside when it comes to the border, and voiced their frustrations with the challenge of fighting back against misinformation. “You can present the facts directly to politicians and other folks from other parts of the country and it won’t matter,” said Veronica Escobar, El Paso’s county judge.

The consequences can fall heavily on border cities like El Paso. Barela, who works with businesses in the region, said that misinformation can manifest into national policies that are destructive to the border economy; perceptions that El Paso and other cities along the border are dangerous can deter businesses from setting up shop there.

Residents in El Paso and Ciudad Juárez often feel stuck in the middle of the politics of the border. Panelist and award-winning journalist Alfredo Corchado compared border cities and states to political piñatas—“it’s easy to hit them and there’s no real punch back,” he said.

For Paul Foster, founder and former executive chairman of Western Refining, Inc., politicians in the United States shoulder much of the blame for fear and uncertainty surrounding the border. “I think they actually want people to believe that if you create a wall high enough people in the United States will quit taking drugs, and it’s just not a realistic argument,” he said.

Not surprisingly, it is those politicians who are from the border who are able to break through the noise. The panelists lauded Democratic Representative Beto O’Rourke, one of AQ’s Top 5 Border Ambassadors, and his Republican colleague Representative Will Hurd, for their efforts to encourage bipartisan policies that would benefit all those living on and around the border.

Escobar acknowledged that the agreement initially had devastating effects on El Paso and the surrounding area and it took the community a long time to assess and recalibrate, she said. “We had a lot of folks who were, almost overnight, out of work.”

But Karen Antebi, economic counselor at the Trade and NAFTA Office at the Embassy of Mexico in DC, said the agreement had ultimately exceeded expectations on increasing trade and attracting investment.

Representatives of the business community were confident that NAFTA could benefit the border, but were concerned that upcoming renegotiations, set to begin this summer, may not reflect the needs of the region. “I don’t think there’s any reason to panic,” said Foster. “But I think we have a lot of work to do and there’s a lot of risk if we don’t get [the NAFTA renegotiation] right.”

Finally, Barela highlighted the importance of collaboration between those on the border and those elsewhere in the country in promoting trade policies that would benefit both communities. Heartland states such as Indiana, Michigan, Ohio, Pennsylvania, and Wisconsin account for almost 500,000 jobs that are directly tied to Mexico, Barela said. “It’s important for us to align ourselves with them and explain why NAFTA is so important.”

Potential for the Future

Plenty of concerns remain about the future of U.S.-Mexico relations: about misinformation on the border, about El Paso and Ciudad Juárez being used as political ploys, about getting NAFTA right. But panelists were overall optimistic and expressed a desire to make their voices heard at a national level.

Foster pointed to a need for more forums for those on the border to discuss the issues as they see them—and to present the facts. “I think it’s important for us to beat the drums as much as we can,” said Foster. “At the end of the day it’s about communication and making sure that people away from the border understand the story as well as we do.” 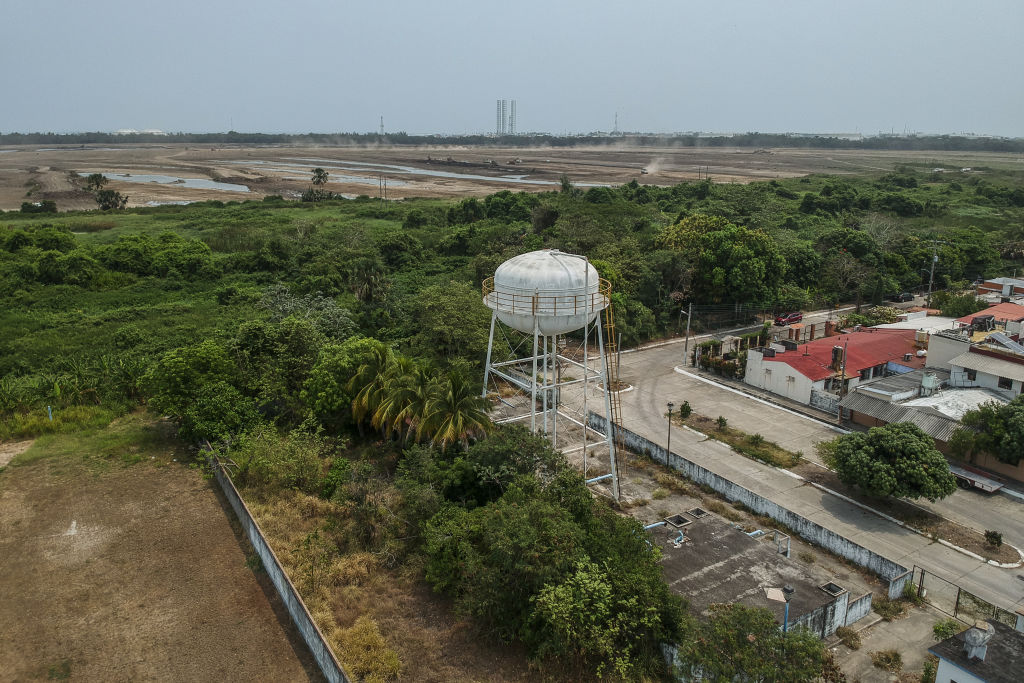 Mexico, China & the US: A Changing Dynamic

Warmer relations between AMLO and Beijing could create a security conundrum for the U.S.