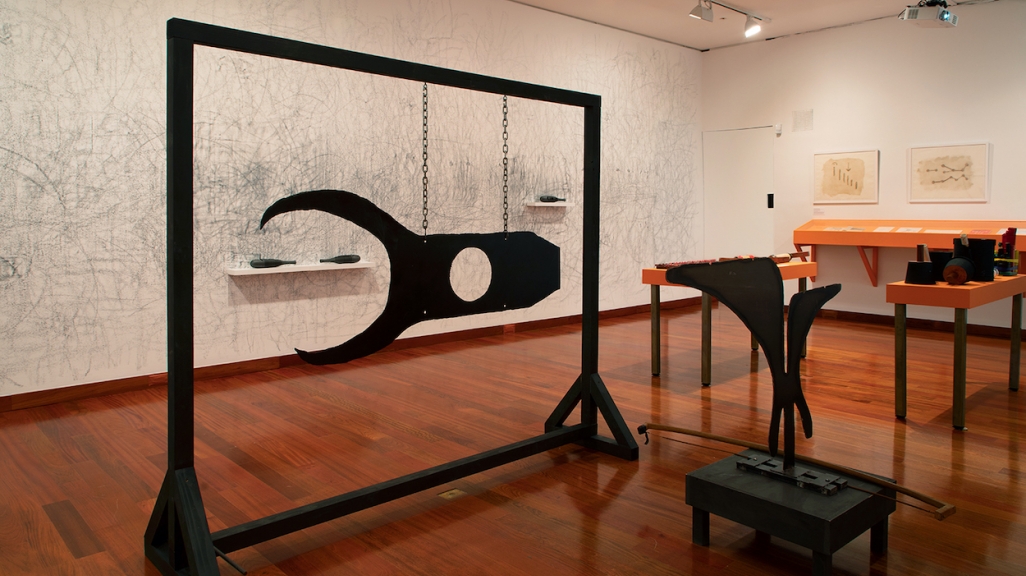 Installation of Joaquín Orellana: The Spine of Music at Americas Society.

Sculpture on Joaquín Orellana: The Spine of Music

“The Spine of Music,” an intriguing, spirited exhibition of works by 90-year-old Guatemalan artist and musician Joaquín Orellana (on view through April 24, 2021), features a selection of his handmade percussive instruments—which visitors may play—as well as works by other artists acquainted with his practice. Orellana is a longtime member of the Guatemalan musical avant-garde. After returning home from a 1967–68 stint at a music institute in Buenos Aires, he found that Guatemala couldn’t offer the same technical resources; so he started making his own marvelous instruments, many of them versions of the marimba. For years, he has maintained a workshop dedicated to producing these works. (The only person I can think of who did something similar is the 20th-century American composer Harry Partch, who also created his own instruments to achieve a sonorous, idiosyncratic music.) Orellana’s works are wonderfully inventive and, just as important, equally enjoyable as musical instruments and as visual objects.

It is hard to explain the exhilaration of playing these imaginatively designed works of art (even if the player lacks skill). Orellana establishes a place where different purposes—the acoustic and the visual—conjoin in an original fashion. His instruments are simultaneously sculptures and tools for the production of sound. Form and function, art and music, seem to come together seamlessly, neither more important than the other. Though Orellana has favored percussive objects like the marimba, he has produced other types of instruments, which can also be played in the show. These include Prehimulinho (1989), composed of horizontal bamboo tubes, each with a different pitch; the marvelous rollercoaster marimbas Sinusoido Grande and Sinusoido Pequeño (both 1996), which make a fully self-contained circuit; and Pinzafer (1989), an iron cutout resembling a large fish with a hole in the middle, which produces a large, echoing sound when struck. All of these works demonstrate Orellana’s predisposition for a music that can be seen (if such a thing is possible)… 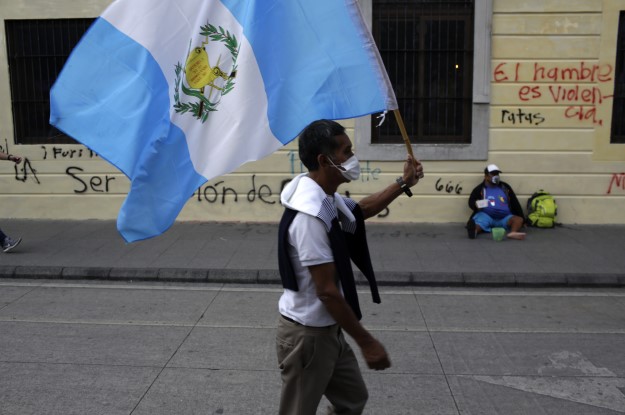