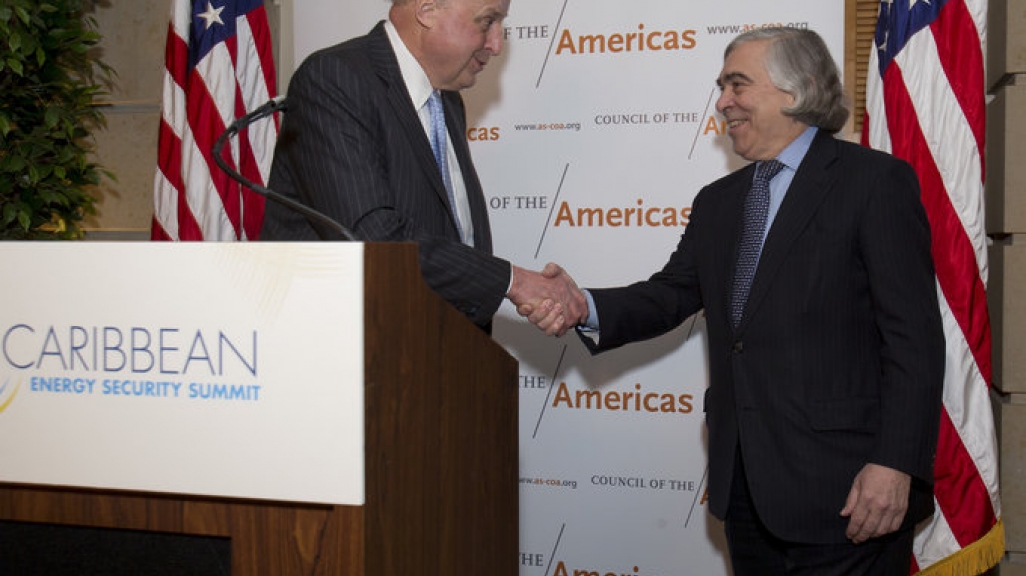 In partnership with the Office of the Vice President, COA was proud to cohost this summit on the importance of energy security in the Caribbean.

Council of the Americas, in collaboration with the Office of the Vice President, the Atlantic Council, Caribbean heads of state, multilateral development banks and other actors of the international community convened on January 26 in Washington, DC for the Caribbean Energy Security Summit, an initiative announced by Vice President Joseph Biden in 2014. Topics on the agenda included improved governance, enhanced access to finance, and increased donor coordination.

On Sunday evening, January 25, the Council of the Americas hosted a reception with the U.S. State Department at the Blair House. The reception brought together high-level delegations from the Caribbean, private sector leaders from across the hemisphere, and U.S. government officials. The reception featured U.S. Secretary of Energy Ernest Moniz, who was introduced by COA Chairman, Ambassador John Negroponte. The secretary spoke of the importance of Caribbean energy security to the United States and the Western Hemisphere. In particular, he pointed to cooperation between the U.S. Department of Energy and the governments of Caribbean nations on the issue of energy matrix diversification and the promotion of renewable energy.

During the Caribbean Energy Security Summit on January 26, the vice president assured Caribbean countries that the United States would support its neighbors in the Caribbean. This is extremely important to us. It’s overwhelmingly in the interests of the United States of America that we get it right,” said Biden. He added that “this is also a very propitious moment” due to high growth rates in the United States, low oil prices, and the plummeting cost of renewable energy.

The vice president also spoke of the Americas as being the epicenter of energy for the twenty-first century, and how addressing energy security in the Caribbean impacts the rest of the hemisphere. Said Biden: “Working to promote energy security beyond our borders can be a major asset for the entire hemisphere. And it’s profoundly in the self-interest of the United States to see the Caribbean countries succeed as prosperous, secure, energy-independent neighbors—not a world apart, but an integral part of the hemisphere, where every nation is middle class, democratic and secure. It’s the first time in history that can be envisioned. You can see it if we make the right decisions.”

Following Biden’s address, Bahamas Prime Minister Perry Christie spoke of the challenges facing the Caribbean and how important stakeholder engagement with actors such as the United States is critical to addressing the energy situation in the region. COA then co-hosted three panel discussions, featuring high-level private and public sector representatives, to discuss best practices, multilateral solutions, and financing options for energy diversification. 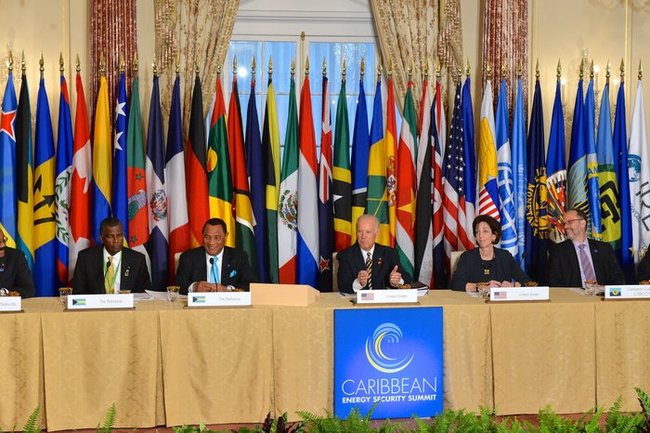