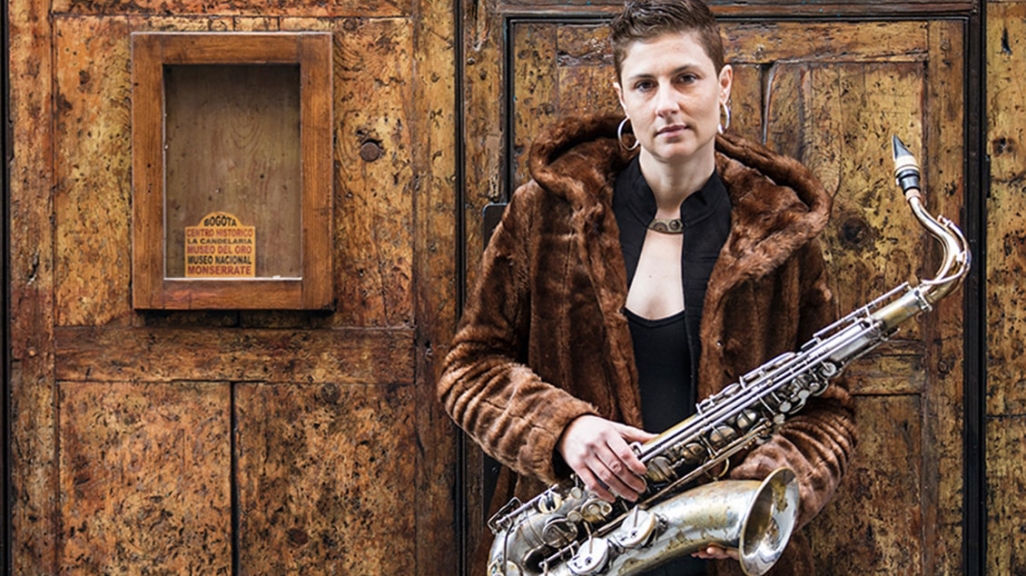 Music of the Americas continues its online video series En Casa (At Home), featuring original daily performances with musicians from around the Americas. Recuerdos (Memories), releases of memorable past performances at Americas Society, takes a break this week.

This week of En Casa was curated by music critic and writer Sandra de la Fuente. Her latest projects include screenwriting for the award-winning documentary La calle de los pianistas (Pianists Street), a film about a long list of illustrious Argentinean pianists living on the same block in Brussels, directed by Mariano Nante. She is also the author of Conversaciones en la calle de los pianistas (Conversations on Pianists Street), published in 2019, and which revisits the characters and themes of the documentary. She selected a group of Argentine musicians living in Spain, who sent us versions of Latin American classics.

Bassist Horacio Fumero is back at En casa, this with a solo version of Eduardo Falú’s wistful "Las golondrinas" (Swallows), written in the 1960s. Years later, Jaime Dávalos, who wrote the lyrics to the song, reminisced, "They would suddenly appear in the backyard, with the first colors of the day. The bells of San Alfonso breathed enchantment into the swallows’ visit. One day after a long convalescence, I climbed on the roof and with my back on the still-warm zinc sheets, I looked up trying to encompass the vast roundness of the sky with a single glance, without blinking; I wanted to see all the swallows at once, without having to follow them one by one in the crazy flight with which they scrawled the deep blue, shimmering with light."

Born in Buenos Aires, guitarist Guillermo Bazzola moved to Madrid, where he leads an active career as a performer, composer, music journalist, and educator. He has released several albums and composed over one hundred songs. His latest release, Lost & Found, is dedicated to Canadian master Kenny Wheeler, while upcoming projects include Into New Lands with Finnish saxophonists Eero Koivistoinen and Juhani Aaltonen, and a solo guitar album. From home in Madrid, he sent us a subtle version of Egberto Gismonti's "Café."

Melisa Bertossi is a saxophonist and composer living in Barcelona after studies in Amsterdam, New York, and Berlin. Currently she leads the Melisa Bertossi 4tet and is part of a duo with pianist Matías Muñoz. She is the coordinator of the Vortex Jazz Jam Sessions in Barcelona, a cycle dedicated to improvised music. She has released two albums as bandleader: Enredos (Entanglements) (2020) and Strange Feather (2016), as well as other works in collaboration. In collaboration with Josefina Rozenwasser and Sarah Claman, Bertossi sent us a split-screen version "Voces de otra vida y otro lugar" (Voices from Another Life and Another Place), by Carlos Aguirre (whose beautiful "Milonga gris" was part of our Brazil week in September).

Bandoneonist Marcelo Mercadante has lived in Barcelona since the 1990s. He is one of the founders of the Argentine Tango Trio and has performed and toured with tango artists such as Daniel Binelli (bandoneon quartet) and Amelita Baltar, as well as with Joan Manuel Serrat, Raphael, Miguel Poveda, and Lalo Schifrin, among others. He has also played with orchestras including Andorra National Chamber Orchestra, Basque National Orchestra, and Orquesta Sinfónica de Galicia. He sent us a unique solo bandoneon version of Djavan’s "Oceano" (Ocean).

Lucía Fumero is also back to close this week’s En Casa. A pianist and composer born in Barcelona, given her father’s influence, an affinity for jazz and Argentine folk music was not optional for her. The first album dedicated to her compositions was released last week. She sent us a solo version of Carlos Aguirre's "Milonga gris."