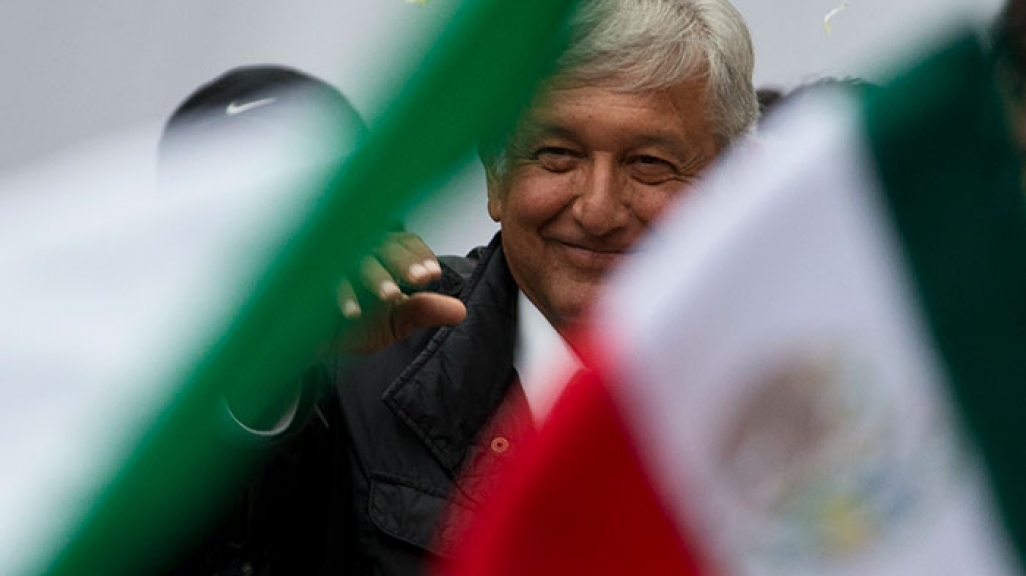 From polarization to ageism to the expat vote, AS/COA's Carin Zissis covers trends of note in the countdown to the presidential election.

As we enter the final month of Mexico’s presidential race, the polls keep repeating the same results: Andrés Manuel López Obrador holds a solid lead. The latest Reforma survey gives the frontrunner, known as AMLO, a 2-to-1 advantage over his next closest rival, Ricardo Anaya, while the governing-party candidate, José Antonio Meade, stays third. So, aside from parsing presidential poll numbers, what are trends to watch with the July 1 vote looming? Writing from Mexico City, AS/COA Online's Carin Zissis takes a look at five election issues.

Check out our  Mexico Election Guide  and review the prior updates in this series:

Tune in June 5 for a converstion with Denise Dresser and Gerardo Esquivel on #EleccionesMéxico.

1. Polarization: Moving away from the center

It’s an issue we keep hearing about in country after country, from Donald Trump haters and backers in the United States to Colombia’s first-round presidential vote ending up with two contenders from opposite ends of the spectrum. Mexico is proving to be no stranger to polarization as AMLO backers—frequently called AMLOvers—and opponents battle it out and trade insults. Supporters of MORENA, AMLO’s political party, self-identify further to the left than they did six months ago, per El Financiero pollster Alejandro Moreno. In the cases of the other major parties, from Anaya’s PAN to the governing PRI to the once-leftist PRD, survey respondents moved further to the right.

Is it his slow manner of speaking, his white hair, or claims that his campaign proposals harken to a bygone era? AMLO’s 64 years make him younger than the presidents of the United States, Brazil, and Russia, but he’s frequently dogged by detractors for being too old to govern. A PRI spokesperson shared a video showing an elderly person who resembled AMLO behind the wheel of a parked car, then suggested that at a certain age people should no longer drive, nor should they be allowed to run a country. BuzzFeed News México uses an emoji of an elderly man to represent AMLO when sharing poll figures. Across the country, his party’s candidates trend older than those of the other main parties.

Despite all that, AMLO has strong backing from millennials, with just over half of this voting bloc supporting the former Mexico City mayor, according to Nación321. Pollster Javier Márquez also found a higher tendency toward AMLO support in this age group.

Millennials don’t trust political parties, and AMLO is the main face of and force behind MORENA, meaning younger voters may well be focused on the candidate more than the party he created after he lost the 2012 election. During his first presidential run in 2006, which he lost by a hair, opponents labeled him a “danger for Mexico.” But young voters don’t buy that idea. Columnist Leo Zuckermann contends that another reason millennials are choosing AMLO over 39-year-old Anaya is because the older candidate is courting them with populist promises of scholarships, training and apprenticeship programs, and elimination of university entrance exams.

“The biggest problem facing Mexico’s electoral democracy has a name: money.” So starts the preface to a May report, released by Integralia and Mexicanos Contra la Corrupción y la Impunidad, estimating that, for every peso spent that’s declared to electoral authorities in gubernatorial campaigns, as many as 15 pesos go undeclared. In this web of clientelism, cash comes from diverted public resources, illegal private funds, and financing from organized crime groups. The money goes toward vote buying or voter mobilization, as well as methods such as media coverage or polling to influence outcomes.

Campaign finance issues are part of a wider concern about corruption in this electoral cycle, given scandals plaguing the current administration and officials across the country. Some 64 percent of Mexicans say the government is not doing enough to battle the problem.

More than 181,000 Mexicans around the world can vote for president, senators, and, in the case of seven of nine states holding gubernatorial races, for governor. Roughly 152,000—the largest group—live in the United States.

Given that close to 12 million Mexicans live abroad and Mexico’s electorate is more than 89-million strong, the expat total doesn’t sound like much. One issue, reports The Dallas Morning News, is that 668,000 expats registered but only a little over a quarter of them activated their government-issued ID cards required to vote. Moreover, Mexico’s electoral agency acknowledged it had released erroneous mailing instructions for absentee ballots.

Still, the number of expats who can vote is triple that of the 2012 election, and emigrants are taking to social media to showcase their ballots—and their selections. A University of California poll released in early May found that U.S.-based registered voters logged 40 percent support for AMLO, 8 percent for Anaya, and 7 percent for Margarita Zavala—an independent who since dropped out of the race. Meade came in fourth at 4 percent.

5. On tour: Showing face across the country

One thing AMLO has going for him is name recognition, in part because this counts as his third try at the presidency. Meade, who’s served in several cabinet posts, has never run for office and Anaya is relatively young. AMLO, meanwhile, has been hitting the road, holding rallies to keep his name on the tip of people’s tongues and his party in their minds as voters consider their picks for Congress. With a month to go, candidate AMLO has traveled to 29 of Mexico's 32 states and visited 137 municipalities—well over double the number of cities visited by Anaya and Meade combined. Meade has traveled to 25 states and Anaya to 24.