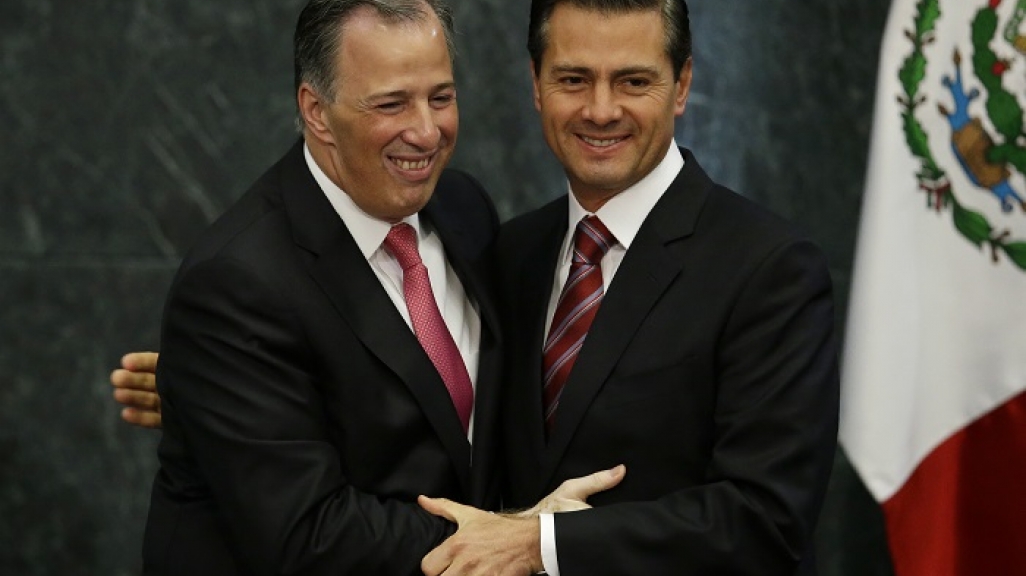 On November 27, José Antonio Meade threw his hat into the ring. Can he beat Andrés Manuel López Obrador—and a whole host of other contenders?

Mexican voters got the answer to a long-awaited question on Monday: who will carry the banner for the governing party in the 2018 presidential election? The reply is José Antonio Meade, who stepped down from his position as finance secretary on November 27 and announced his intentions to register as a pre-candidate for the Institutional Revolutionary Party (Partido Revolucionario Institucional, PRI).

The PRI, which held on to the presidency for more than seven decades leading up to 2000 and then again since 2012, is arguably Mexico’s strongest political party. While there’s a ways to go until the July 1 vote, the election has been a discussion topic in Mexico for some time, thanks in part to the fact that President Enrique Peña Nieto’s popularity started to tank a couple years into his six-year term, leaving people speculating about the next occupant of Los Pinos. Peña Nieto won’t be on the ballot as there’s no presidential reelection in Mexico, and polls have sparked speculation about contenders from various parties for months. Meade throwing his hat into the ring for the PRI is the puzzle piece that brings the race into sharper focus.

The party will formalize its candidate on February 18.

Here’s what we know—and still don’t—about contenders for the Mexican presidency.

Meade is not your typical PRI candidate.

For starters, he’s not a PRI member. In August, the party gave the first hint that Meade could be in the running when it approved new rules allowing nonmembers to run as candidates. On November 27, Meade demonstrated the degree to which he isn’t part of the PRI rank and file by making his first gaffe since declaring his intention to run: he got the name of his party wrong at a public event.

He’s held three top cabinet posts—finance, foreign relations, and social development—in the Peña administration, but he also served as both finance and energy secretary under President Felipe Calderón (2006–2012) of the conservative National Action Party (Partido Acción Nacional, PAN). Before that, he worked in various government roles during the presidencies of Vicente Fox (also of the PAN), Ernesto Zedillo (PRI), and Carlos Salinas de Gortari (PRI).

Meade’s lack of historic party affiliation could help steal votes from the PAN, but another reason he’s been picked for the job is that, unlike other well-placed officials in the Peña Nieto administration—including the president himself, Meade, who has a doctorate from Yale and is seen positively by the business community, has avoided major scandals amid Mexicans’ growing concerns about corruption.

One thing working against Meade is the fact that he’s never run for office and he’ll face a frontrunner who’s done so repeatedly. Polls show Andrés Manuel López Obrador, a former Mexico City mayor who narrowly lost the 2006 and 2012 presidential elections, as the one to beat. Best known as AMLO, the leftist represents the National Regeneration Movement (Movimiento Regeneración Nacional, Morena), the party he founded in 2014 after leaving the Party of the Democratic Revolution (Partido de la Revolución Democrática, PRD)—and taking a chunk of its supporters with him. He plans to declare himself as Morena’s pre-candidate on December 12.

Back in 2006, López Obrador lost by just half a percent to Calderón and his supporters cried fraud. He refused to accept defeat, set up a “parallel government,” and called his backers to occupy central parts of the capital for lengthy protests. He alienated some along the way, yet remains a fixture in Mexican politics while casting himself as an outsider battling a “mafia of power.”

He’s softened his tone since, but that time in the limelight means that while AMLO may not benefit from the type of party machine that Meade would have at his disposal, he does have something Meade needs: name recognition. Per a GCE telephone poll with 600 people just after Meade stepped down from his cabinet post on Monday, 34.3 percent of respondents said they hadn’t heard of him. Only 1.8 percent said they didn’t know who AMLO was. The same survey puts AMLO in the lead with 28.7 percent but, with plenty of time before they reach the finish line, Meade isn’t far behind at 23.2 percent.

Who else is in the running?

There are no runoff elections in Mexico. Peña Nieto won the 2012 election with 38 percent of the vote, and Calderón won just 36 percent in 2006. Come 2018, there will likely be more parties as well as independents, meaning it’s entirely possible the next president could claim victory with a third of the vote—or less. Over the summer, a PAN push in Congress for a constitutional change to allow a second round made little headway after facing opposition from Morena, the PRI, and other smaller parties.

One potential independent is Margarita Zavala, a former first lady and the wife of Calderón. She left the PAN this fall due to infighting and apparent resistance from within her party to name her the candidate, despite continuously placing at the top of polls alongside AMLO during the year. Still, observers note she’s off to a slow start at getting the 866,000 signatures needed by February 19 to get on the ballot. As of November 28, she had just over 29 percent of them.

In contrast, Jaime “El Bronco” Rodríguez hasn’t polled as well but is doing better at getting signatures. He became the first independent to earn a governorship in Mexico in 2015 when he won in the prosperous state of Nuevo León by tapping into voter discontent and effectively wielding social media. Rodríguez crossed the halfway mark on signatures this week, raising some eyebrows. He’s not seen as a favorite, but he paints himself as a political outsider despite having been in the PRI for years, much like AMLO, which could result in him siphoning votes from the leftist.

The one candidate yet to be defined is who will lead the Citizen’s Front for Mexico (Frente Ciudadano por México), an alliance that brings together the PAN on the right and the PRD and Citizen’s Movement (Movimiento Ciudadano, MC) on the left. Diverging politics aside, the coalition’s goal is to consolidate supporters in a battle against the PRI and AMLO. Neither Meade nor AMLO appears worried. Meade says he doesn’t see the alliance making it to the finish line, while AMLO described the coalition as divided.

AMLO may be on to something. The PAN’s president, Ricardo Anaya, who led the party as it made important wins in gubernatorial elections in 2016, has been seen as a likely candidate for the coalition. Still, while Zavala's departure from the PAN clears the way for him, it’s also meant weaker poll numbers for Anaya and his party.

In fact, Mexico City Mayor Miguel Ángel Mancera recently polled better than Anaya as the coalition’s candidate, even though he’s from a weakened PRD. Last week Mancera suggested he’d run for president with the PRD if the Citizen’s Front is not transparent in its candidate selection process. The rumor mill also got going on November 17, when photos of Mancera, Zavala, and Rafael Moreno Valle—a former PAN governor considered a presidential aspirant—went viral after they were seen meeting together at a restaurant in the capital. The group even earned a catchy nickname: TUCA, or Todos Unidos Contra Anaya (Everyone United Against Anaya).

Anaya has said the Citizen’s Front will nail down how to select its candidate by mid-December, given that the alliance will need to register by then and pre-campaigning begins on December 15. Campaigns officially start on March 30, 2018.