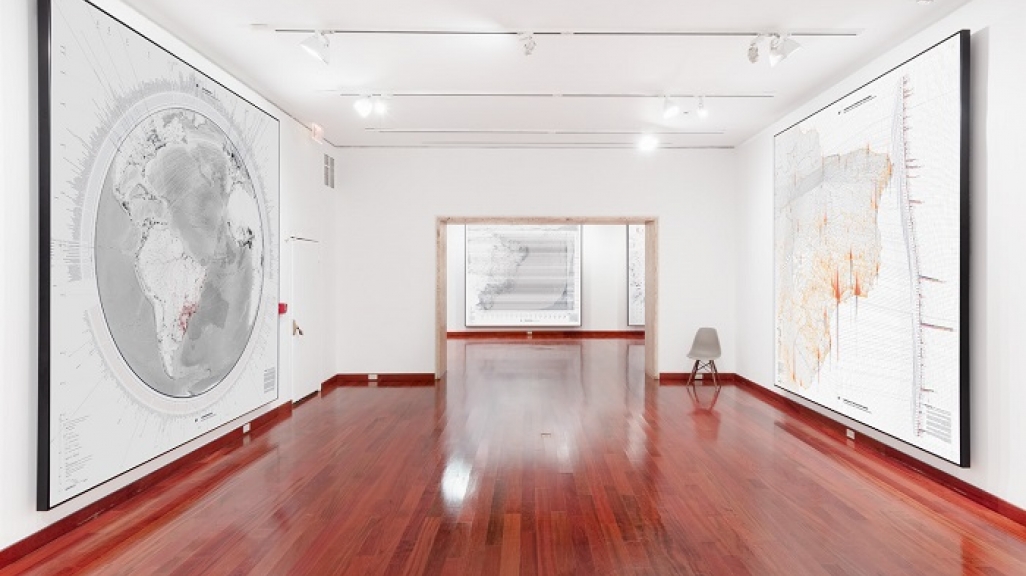 Walls of Air at Americas Society.

"Walls of Air has become an instant-artifact from a more open Brazil," says Vic Vaiana about the exhibition.

Political turmoil has embroiled Brazil for the last half-decade, exposing the country’s deep social divisions, which persisted over years of auspicious economic development. Walls of Air: The Brazilian Pavilion at the 16th Venice Architecture Biennale, currently on view at Americas Society, depicts the country’s contemporary cleavages through a series of maps. The exhibition was originally curated for the Brazilian Pavilion at the 2018 Venice Architecture Biennale. Its four curators, Sol Camacho, Laura González Fierro, Gabriel Kozlowski, and Marcelo Maia Rosa — all architects — chose to explore how the 2018 Biennale’s theme, “Freespace,” manifests in Brazil by representing the tension between “free space” in the country and other socioeconomic forces.

In a video about the exhibition, Kozlowski asks “What prevents Brazil from being free?” To answer this question, Walls of Air’s cartographies elucidate both literal and metaphorical walls that limit equality and freedom in Brazilian society and Latin America at large. The massive size of the maps magnifies their details, allowing onlookers to take in the depth of information on display.

The four curators conducted the research for their 10 large-scale maps with a multidisciplinary approach, bringing in over 200 collaborators across 10 different disciplines, including anthropology, politics, and medicine. Their research provided data on topics as disparate as migration, carbon emissions, and Brazil’s geographical border...