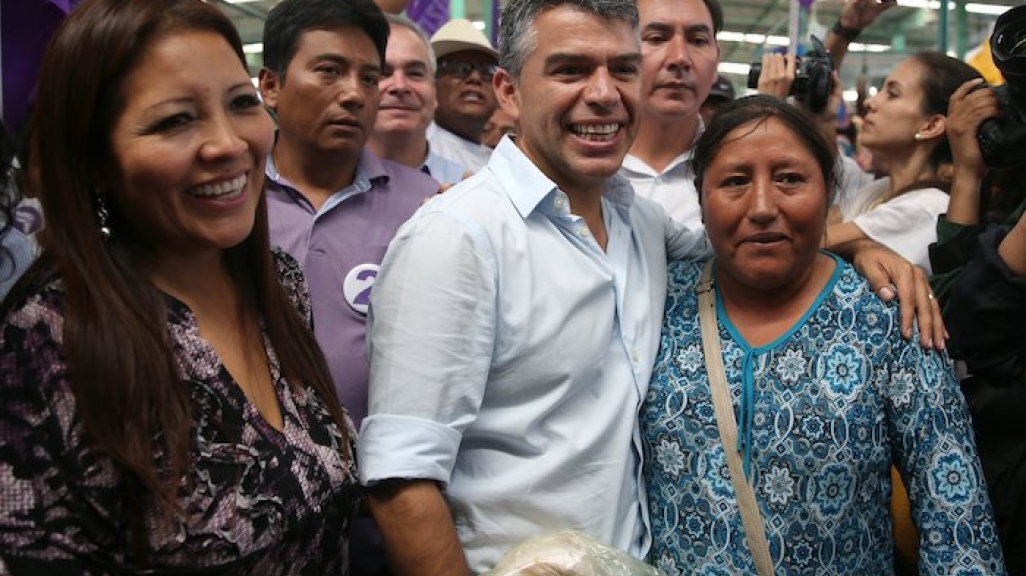 LatAm in Focus: Why Peru's Political Establishment Is Scared

The short answer? They don’t want to go to jail, says past and future presidential candidate Julio Guzmán of the Purple Party.

Julio Guzmán could be Peru’s president right now—some might even say he should be—were it not for some questionable charges of misfiled paperwork that disqualified him from the 2016 race, at a moment when he was polling second and looking like a sure bet to make it into the runoff with Keiko Fujimori.

The eventual winner of that race, Pedro Pablo Kuczynski, resigned in March 2018 due to alleged ties to corruption, and Fujimori herself was arrested and put in preventive prison on October 10. She faces charges of money laundering and running a criminal organization within her party, Popular Force, which controls Peru’s unicameral legislature. In fact, all of Peru’s living former heads of state are either imprisoned, implicated, or under investigation for crimes related to corruption and human rights violations.

With that track record, why does Julio Guzmán want the job? Because he sees an opportunity in the midst of a dark chapter. The simple fact that these former presidents are being prosecuted—and having their pardons reversed in the case of Alberto Fujimori, Keiko’s father—“sends a signal to the rest of the world that Peru will never allow this to happen again,” Guzmán tells AS/COA Online’s Holly K. Sonneland in this Latin America in Focus podcast interview. “And that is an extremely potent message.”

Ever the optimist, Guzmán also sees opportunity in the Pacific Alliance as a means to achieve political goals, and in Peru’s youth, who he says have an elevated set of values that will lead to greater achievement in the future. And he encourages current President Martín Vizcarra to have “the courage” to pursue an ambitious reform referendum that would disrupt Peru’s status quo.

With his sights firmly set on running again in the next presidential election in 2021—despite the opposition’s continued efforts to keep him out—Guzmán, 48, is using the next couple years to build his foundation of support through his party, known as the Purple Party. The color was selected because it blends the red and blue of Peru’s left and right wings.

But the Purple Party doesn’t just have a long-term vision for Peru. “The Purple Party wants to send a message to the whole continent that Latin America needs to find a new way,” he says.

Elizabeth Gonzalez produced this episode. The music in this podcast was performed at the Americas Society in New York. Learn more about upcoming concerts at musicoftheamericas.org.