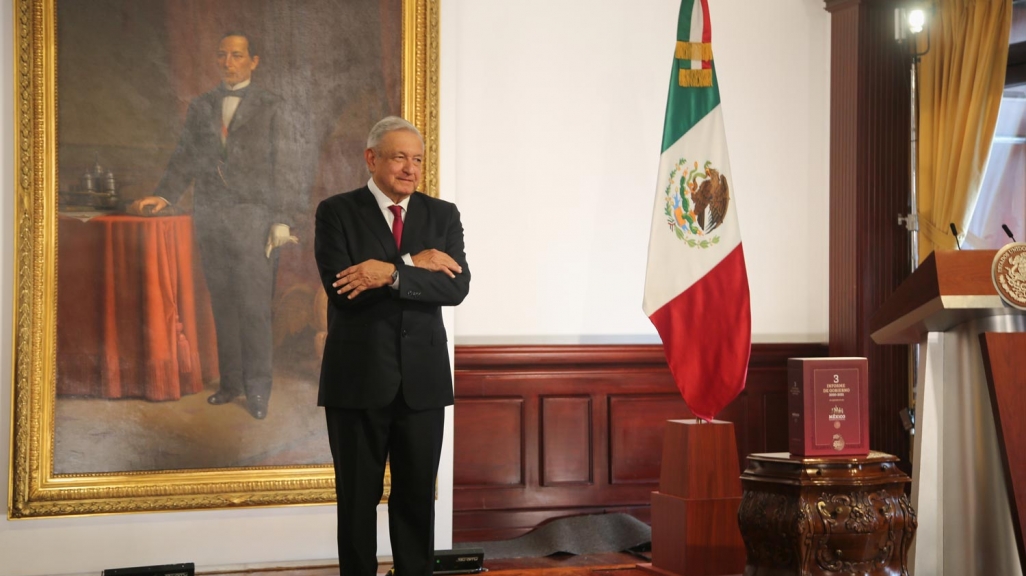 LatAm in Focus: The Midway Point for Mexico's AMLO

Luis Rubio of México Evalúa digs into how the president seeks to shape his legacy  against the backdrop of a new legislature and bilateral talks with Washington.

But even if that change means López Obrador—or AMLO—won't be able to usher through constitutional changes as easily, the less favorable congressional makeup won't necessarily be a check on the executive, says Dr. Luis Rubio, president of México Evalúa.

“The president has created enormous sources of power for himself,” the award-winning author and international affairs commentator tells AS/COA Online’s Carin Zissis, adding that AMLO seeks to return Mexico to a time when the executive branch held greater control. “What he believes is that Mexico's economy was doing well 50 years ago. There was no violence, there was order in society, and compared to that, everything went south in the last 50 years.”

With the new Congress coming in, the president's legislative priorities line up with that goal of centralizing power, says Rubio. One top agenda item involves implementing legislation for a March 2022 referendum on whether AMLO should continue to be president—a revocation mandate that he is confident he will win. A second priority involves reforms to Mexico's autonomous agencies. “The most important [agency] by a long shot is the electoral institution,” known as the INE, says Rubio, adding that while, “in an ideal world, he would like to do away with these institutions,” legislative debate is more likely to focus on changes to agency leadership and budget cuts.

Even if AMLO faces few domestic limits to his power, there are external forces beyond his control that act as checks, says Rubio, pointing out that Mexico's economy would feel the effects if the Federal Reserve changes interest rates. Another check involves the need to preserve positive U.S.-Mexico relations, particularly as the two countries prepare to renew the bilateral High-Level Economic Dialogue (HLED).

On the latter point, the HLED talks that will be hosted in Washington in September will feature a different tone than when they were launched in 1989. Then, the participants from both countries “spoke the same language, they were the same technocrats, they went to the same universities, they had the same frame of mind,” explains Rubio, adding that the current Mexican government is more inward looking than preceding ones. “It's not going to be an easy meeting. But most important, it's going to entail a fundamental difference in approach and concept of the future.”

"The big issue that Biden needs to address with Mexico is helping create conditions for Mexico's economy to thrive."

But while issues such as security and Mexican migration may be contentious bilateral issues, “There are plenty of things that can be fixed,” says Rubio, adding there are reasons for the two sides to come together, namely that a stronger Mexican economy means better U.S. border security. Concludes Rubio: “There are plenty of levers in the hands of [U.S. President Joe Biden] that he can use to improve the conditions of Mexico's economy.”