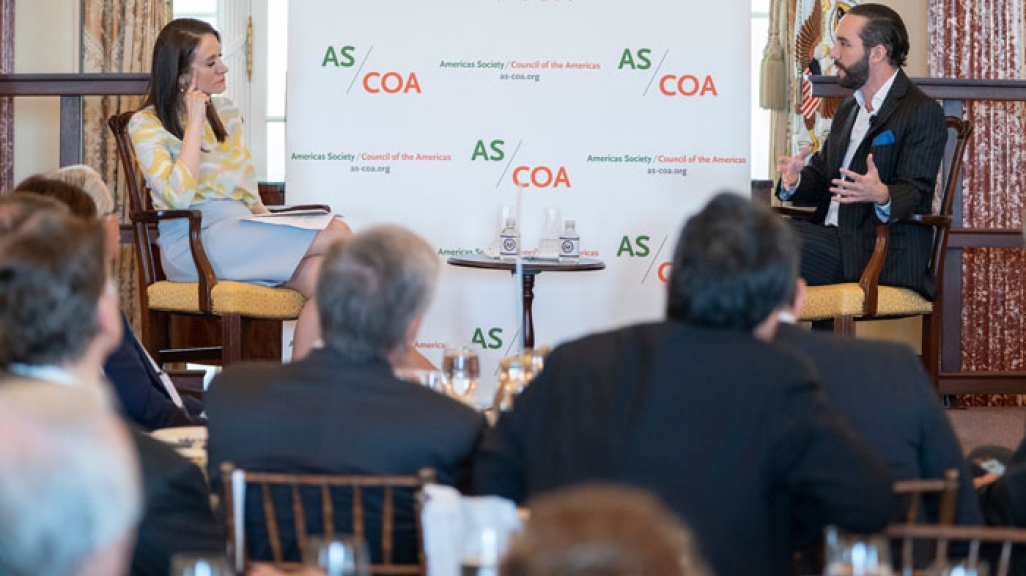 LatAm in Focus: President-elect Nayib Bukele on His Plans for El Salvador

At COA's Washington Conference on the Americas, CNBC's Michelle Caruso-Cabrera talked with the 37-year-old leader about immigration, foreign policy, and job creation.

He’s just 37, a social media maven, and he won El Salvador’s February presidential election in a first-round landslide without the backing of either of the country’s two main parties. That doesn’t make Nayib Bukele a political newcomer, given that he previously served as the mayor of the capital. But when he takes office in June, his presidency will mark the end of 10 years in power for the leftist Farabundo Martí National Liberation Front, known as the FMLN.

“Most people voted for hope that things might change for the better,” he told CNBC’s Michelle Caruso-Cabrera at COA’s 49th Washington Conference on the Americas, held at the U.S. Department of State on May 7. The two discussed economic challenges and how violence and a lack of jobs drive Salvadorans to leave home. “Immigration is the symptom of the diseases we have,” said Bukele, noting that a third of the population lives outside of El Salvador. “That’s not something to be proud of.”

On the other hand, the Maduro government of Venezuela can expect cooler ties when Bukele takes the reins. Caruso-Cabrera asked about the current Salvadoran government’s plans to invite representatives from the Maduro regime. “We have publicly and very clearly said that we don’t want any personnel or staff or delegation or, for God’s sake, [Nicolás] Maduro in our inauguration. They’re not invited. We don’t recognize them as a legitimate government,” said Bukele, who warned against military intervention in the South American country. “Venezuelans know they need a change and for that change to happen they need to have fair and free elections. And Maduro has to go.”