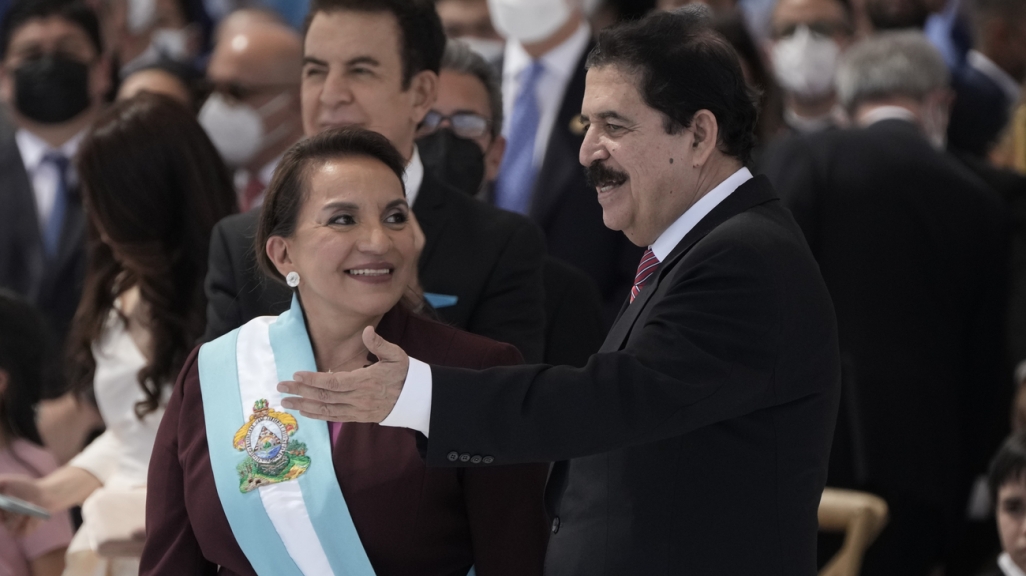 Latin America is no stranger to outspoken leaders, but Xiomara Castro, Honduras’ new president, doesn’t fit that mold. Her election in November 2021 attracted attention, given that she won against the established National Party to bring the Honduran left back to power for the first time since the 2009 coup that ousted her husband, Mel Zelaya. However, since taking office about 100 days ago, Castro has engaged in a quiet style of leadership—and found herself overshadowed by two former presidents.

“She hasn't been particularly visible during these first three months and, and that's what's fueling these rumors and speculation that Mel’s pulling the strings,” says Jeff Ernst, a freelance journalist who covers Honduras. He spoke to AS/COA Online’s Chase Harrison about how the new president is faring, the status of the extradition of former president Juan Orlando Hernández, and Castro’s place in regional political dynamics.

“This isn't your average government transition. This is a transition that comes after 12 years of absolute control in one party.”

Castro has taken some steps regarding her campaign promises, such as putting an end to special economic zones and cleaning up government spending. Corruption, says Ernst, is an area where Castro could still score some major wins. “I don't think that there's much of an impediment there to Xiomara's administration taking important steps towards combating corruption in the country,” he said. “For the past 12 years, the National Party pretty much locked out the opposition from the corruption that they were committing.”

Ernst expressed optimism about Castro’s ability work alongside the United States on issues of migration. The Biden administration’s “root causes of migration” strategy has looked for friendly faces in Central America for partnership. As Ernst explained: “[U.S. officials] really pivoted towards Honduras. They see an opportunity to work with new actors. I think that a lot of Xiomara Castro's agenda is really in unison with a lot of the Biden administration's objectives for the region.”

The music in this episode is Honduras' Aurelio Martínez performing at the Americas Society. Watch a video of his performance: https://youtu.be/JAZav1XOz7w