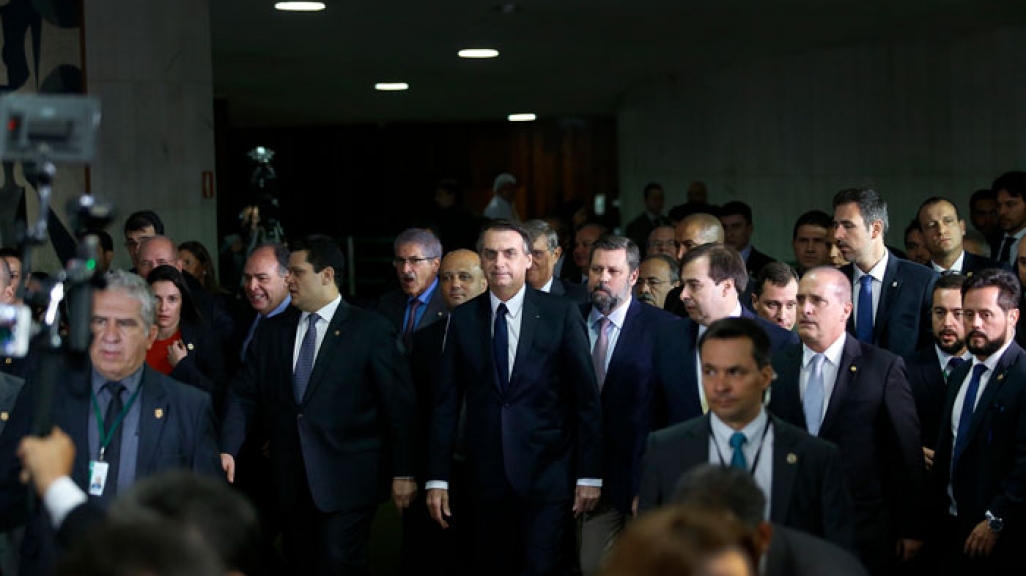 Bolsonaro at the Chamber of Deputies. (AP)

LatAm in Focus: Can Brazil's Jair Bolsonaro Get What He Wants?

FGV’s Carlos Pereira explains the rules of negotiation and the president’s ability to pass legislation such as pension reform.

In an effort to deliver law and order for voters doubting democracy, President Jair Bolsonaro promised to renew politics in Brasília. The problem with that strategy? Brazil’s multiparty system—also known as Congress. And, with less than 100 days in office, even as he needs to usher through crucial legislation such as pension reform, Bolsonaro’s government is already tainted by scandals in both his party and family. In February, Bolsonaro was able to secure as allies the presidents of both houses.

But will he have the necessary number of legislators on his side to govern? “Remember that building a majority coalition is not only important to approve whatever the president wants, but to veto whatever the president doesn’t want,” says Carlos Pereira, professor of political science at Fundação Getulio Vargas in a conversation with AS/COA Online’s Luisa Leme.

Pereira, a Rio de Janeiro-based political scientist who has held posts at Stanford University and the Brookings Institution, explains that, right now the president is “going public.” Establishing direct communication with voters via social media might buy Bolsonaro more time and public support, but it is not a sustainable solution for governing in the long term, he says. Still, Pereira says there is a window of opportunity to approve pension reform in Brazil. “What is lacking right now is a coalition to make it possible to translate the will of the majority into policy,” Pereira says. He notes that the two main itemsthe president has in his favor are Justice Minister Sergio Moro and Economy Minister Paulo Guedes, as they indicate the government will respect institutions and please markets with its macroeconomic policies.“Bolsonaro cannot get rid of [Moro and Guedes]. The credibility of a commitment is measured by the cost that you have to face by not following that commitment.”