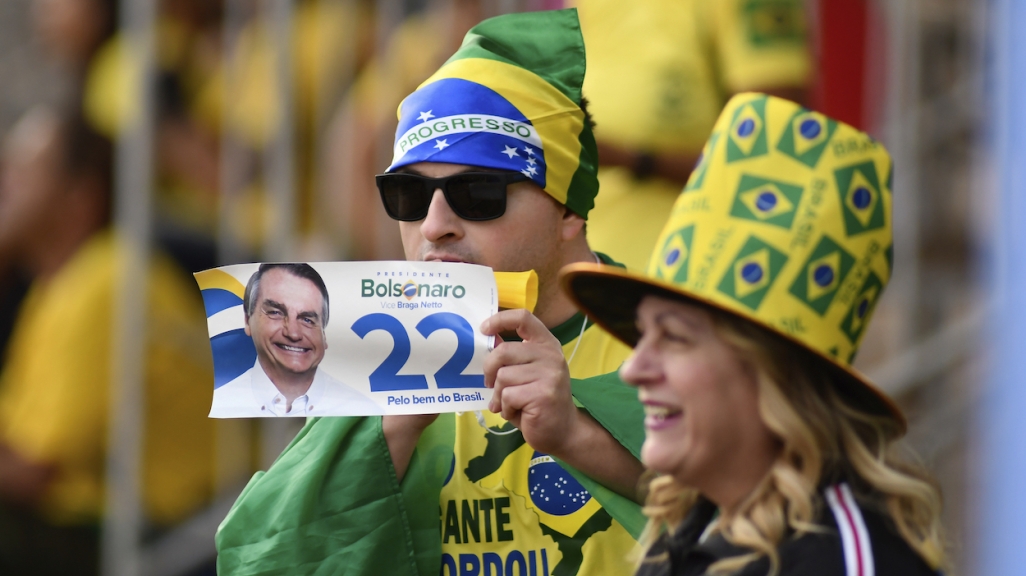 Bolsonaro and his culturally conservative, anti-globalist allies will be a force for many years to come, writes AS/COA's Brian Winter in Foreign Affairs.

Nikolas Ferreira, 26, became a TikTok star in Brazil by lashing out against “communist indoctrination” at his university and elsewhere. Raised in a favela in the interior city of Belo Horizonte, he says he was mocked by fellow students and even some teachers for his evangelical Christian faith, which led him to oppose abortion, sex before marriage, and what he describes as the broader cultural decay of the political class. “They want our Brazil to become a Canada, where there’s quality buses, quality schools, but there’s no morality?” he asked incredulously in a recent interview. “A society that is morally sick, but economically rich? I see that as an inversion of values.”

On October 2, Ferreira received 1.5 million votes in his run for a seat in Brazil’s Congressional House of Deputies—500,000 more than any other candidate nationwide for that chamber. He was part of a surprisingly robust conservative wave that also saw Brazilian President Jair Bolsonaro perform better in his reelection bid than most polls had suggested. Bolsonaro will now face former President Luiz Inácio Lula da Silva, a leftist who governed Brazil from 2003 to 2010, in an October 30 runoff vote for the presidency. Although Lula placed first in the initial round of voting and remains a slight favorite to win, the election of Ferreira and others like him suggests that Bolsonaro and his culturally conservative, anti-globalist allies will be a force in Brazil for many years to come—standing alongside broadly similar movements in Hungary, Italy, Sweden, and the United States, as well as elsewhere in Latin America. That means that, even if Lula wins, he will find it difficult to address pressing challenges such as rising Amazon deforestation and a Brazilian economy that has been shrinking or stagnant for most of the past decade.

The energized conservative vote helped Bolsonaro compensate, at least in part, for several headwinds working against his reelection bid. Approval ratings for the so-called Trump of the Tropics have remained below 50 percent throughout the COVID-19 pandemic, which has killed approximately 680,000 people in Brazil, more than in any country except the United States. The estimated number of Brazilians suffering from hunger or food insecurity has almost doubled since onset of the pandemic, to some 33 million people, although some sectors of the economy have started performing better in recent months. Lula’s campaign has centered to a great extent on nostalgia for the prosperity of the first decade of the twenty-first century, a period that saw Brazil’s economy grow and poverty fall sharply, thanks in part to Chinese demand for the country’s commodities such as soy beans and iron ore. Most polls have suggested that voters give Lula better marks than Bolsonaro for handling the economy and in other areas such as defending the environment and the rights of Blacks, women, and LGBTQ people. […]