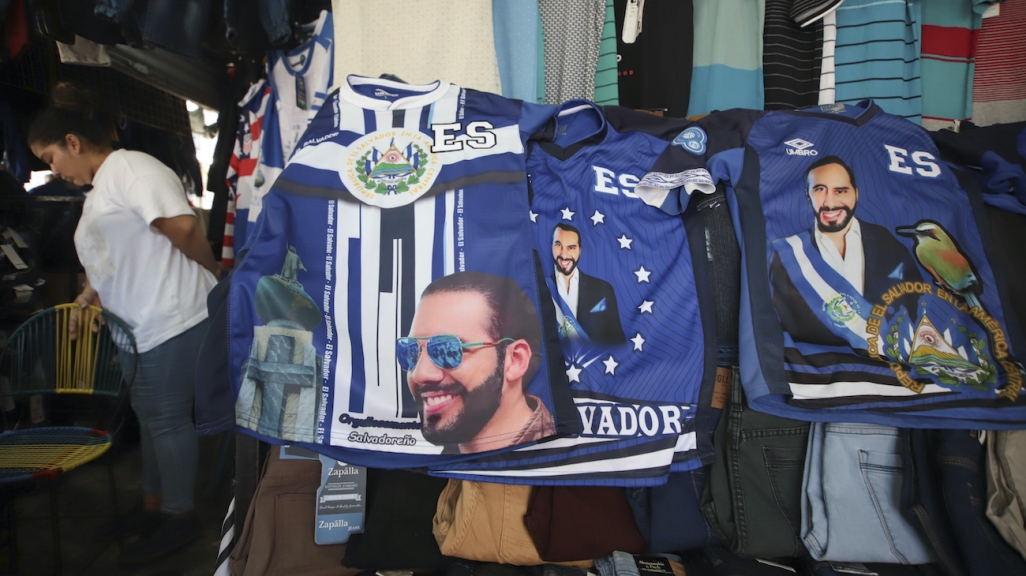 In 2019, Nayib Bukele upended Salvadoran politics, winning the presidency with his populist message. Now, a midterm gives him the chance to consolidate power.

Since becoming president in 2019, Nayib Bukele has transformed the Salvadoran electoral landscape by challenging El Salvador’s political institutions and norms. While he won’t be on the ballot in the country’s upcoming midterm elections, his presence will very much be felt, as parties position themselves in relation to his Twitter-heavy brand of politics.

And even if voters won’t be picking a president, there’s plenty at stake. On February 28, Salvadorans elect all 84 members of the national Legislative Assembly, local officials in 262 municipalities, and 20 members of the Central American Parliament. The Legislative Assembly comprises 84 members elected from 14 multi-seat departmental constituencies.

There are 5,820,462 registered voters in El Salvador. Some 431,000 of these voters live abroad and will not be able to cast ballots. Voting is not mandatory in El Salvador, where participation in the last legislative elections, held in 2018, was 45.7 percent.

Salvadoran politics have been dominated by the Nationalist Republican Alliance (ARENA) on the right and the Farabundo Martí National Liberation Front (FMLN) on the left. But after his 2017 expulsion from by the FMLN, Nayib Bukele ran in 2019 as an outsider candidate, railing against both parties with an anti-corruption, populist message. He won with 53 percent of the vote, placing him more than 21 points ahead of his next closest rival.

In his nearly two years holding the presidential reins, Bukele made crime reduction a central focus of his agenda through his Territorial Control Plan. In February 2020, Bukele occupied the Legislative Assembly alongside armed members of the military to pressure for the approval of a $109 million loan from the Central American Bank for Economic Integration that would finance the third stage of his plan.In Bukele’s first year, the country’s homicide rate dropped 60 percent, though analysts suggest it is likely that Bukele negotiated with gangs.

Critics have called out Bukele’s authoritarian behavior, given his battles with journalists, use of the army to enforce quarantine, and tough prison enforcement measures. For his part, Bukele has responded jokingly by changing his Twitter profile photo to one of Sacha Baron Cohen’s character from the satirical film The Dictator.

The election result will be consequential for Bukele’s ability to advance his agenda in El Salvador. The new Legislative Assembly will select five new Supreme Court justices and an attorney general in 2021. Legislators will also partake in Bukele’s desire to reform the country’s Constitution. In the past three years, the assembly has battled with Bukele over issues like the country’s COVID-19 reopening plan and the disbursement of pandemic-related aid.

The assembly can also play a role in fighting corruption if it fortifies the anti-corruption agency, CICIES, created by Bukele in cooperation with the Organization of American States. However, in November 2020, several Bukele allies were implicated in corruption by the agency. Now the Legislative Assembly is considering a number of initiatives to strengthen CICIES.

Ten political parties will compete in the election, including three newcomers: New Ideas, Our Time, and Let’s Go. Candidates can also run independently. Currently, only four parties—New Ideas, ARENA, the FMLN, and GANA—are polling above 2 percent. That said, El Salvador’s proportional voting system means that parties or candidates with less than 1 percent of the national vote have picked up seats in larger constituencies like San Salvador or La Libertad in previous elections.

New Ideas: Leading with 64.7 percent of the vote in a UFG poll is New Ideas, Bukele’s party. This will be the party’s first time competing in an election, as its registration was not approved in time for the 2019 contest.

New Ideas’ electoral strategy consists mostly of molding its reputation around Bukele. Its electoral logo, for example, is a simple “N” to reference Nayib. The party hopes to benefit from his high approval rating, which was 96 percent as of November 2020, per a CID-Gallup poll.

New Ideas enjoys a powerful fundraising advantage in the election. It has spent $5.3 million so far, which is 75 percent of the total spending by all parties on the election. The party has used much of the money to campaign via traditional media, which contrasts with Bukele’s social media-heavy 2019 campaign. Opposition parties have questioned New Ideas leveraging public resources for campaigning, such as the use of trucks from the Health Ministry during campaign stops.

Bukele and New Ideas have played up a narrative that there is already fraud in the election, questioning the independence of the Supreme Electoral Tribunal (TSE), which is mainly composed of magistrates who have familial or personal ties to politicians in ARENA and the FMLN. Confidence levels in the TSE are low in El Salvador. In an Instituto Universitario de Opinión Pública poll, 11.1 percent of Salvadorans said they have a lot of confidence in the TSE while 68.1 percent have either little or no confidence in the body. These confidence issues stem from past events. For example, in El Salvador’s close 2014 presidential election the runner-up heavily questioned the legitimacy of the results.

ARENA and FMLN: El Salvador’s two traditional heavyweight parties currently hold 70 percent of congressional and local seats. Both parties grew out of the country’s 12-year civil war—ARENA was founded by former right-wing soldiers while the FMLN was founded by former left-wing guerillas. ARENA held the presidency from 1989 to 2009 when the FMLN won and held the office from 2009 to 2019. Both have been tarnished by high-profile corruption scandals involving ex-presidents.

Despite being longtime rivals, Bukele accuses both parties of representing the country’s elites. Both are struggling to garner national support in the upcoming election, according to a UFG poll that has ARENA at 7.1 percent and the FMLN at 2.2 percent. While campaigning, the two parties have attacked Bukele for poor leadership and violating the nation’s democratic institutions. In early February 2021, ARENA and FMLN legislators proposed Bukele be removed from office for being “mentally unfit,” though this proposal was quickly retracted.

On January 31, two members of the FMLN were killed during a rally in San Salvador. Bukele refused to condemn the attack and accused the FMLN of orchestrating it to garner sympathy from voters. The FMLN responded by blaming Bukele for stoking tensions when he called the Peace Accords signed after the country’s 12-year civil war a “farce.”

GANA: In 2018, Nayib Bukele ran as GANA’s presidential candidate, as his New Ideas party was not officially registered. GANA has since been a critical ally to Bukele in the Legislative Assembly where they have the third largest bank of legislators with 10.

Despite Bukele’s formal affiliation with New Ideas, GANA is still trying to run as though it is his party. The party’s billboards, for example, feature the president’s photo.

The top issue, according to 30 percent of voters in a FUNDAUNGO poll, is the handling of COVID-19. The response to the pandemic in El Salvador has been marked by a contentious back-and-forth between Bukele and institutions, such as the Supreme Court and the Legislative Assembly, over who had constitutional power to approve the reopening plan and whether some quarantine measures violated human rights. Nonetheless, Bukele commanded a 90 percent approval rating for his tough handling of the pandemic in November 2020, the highest of any leader in the region, per CID-Gallup.

The second biggest issue for voters is the economy, according to 28 percent of respondents. El Salvador experienced an 8.6 percent economic contraction in 2020. This translated to the loss of over 70,000 jobs, of which 30,000 have already been recovered.