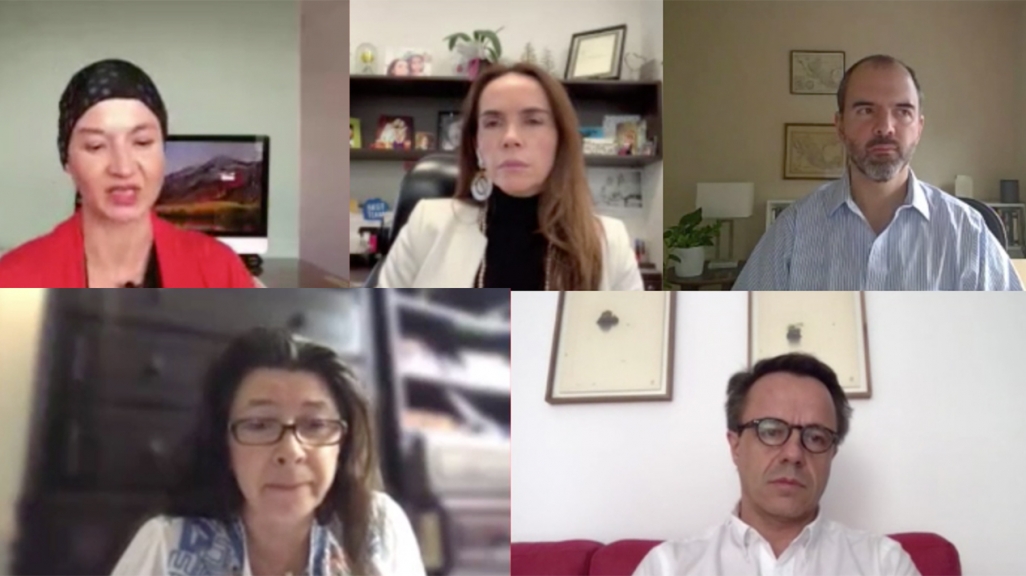 Panelists at the virtual conference.

#COLWallSt 2020 Summary: Economic Policies to Address the Impact of COVID-19

The country’s finance minister, economists, and private-sector leaders spoke at the twenty-fourth conference based in Bogotá.

In her opening remarks at the twenty-fourth Latin American Cities Conference in Bogotá—and the first virtual one—AS/COA President and CEO Susan Segal remarked that the pandemic serves as a unique opportunity to learn new lessons, ones we’ll be studying for years to come. “What’s clear is the importance of integration, that countries be connected and not isolated from each other,” she said. She added that Colombia has the ability to serve as a “central axis” to promote regional integration in Latin America given its previous efforts in working toward regional integration.

In his presentation that followed, Alberto Carassquilla, Colombia’s minister of finance and public credit, underscored the uncertainty around COVID-19’s effect on the Colombian economy. Nevertheless, he added that there is a consensus among analysts that there will be a “significant rebound” in economic activity in Colombia after the pandemic in the range of 8 to 13 percentage points. Carrasquilla detailed a recovery plan focused on five cyclical aspects: perceived risks, investment environment, private-sector activity, emergency funds management, and fiscal dynamics.

There will be a “significant rebound” in economic activity in Colombia after the pandemic.

Next, National Planning Department Director Luis Alberto Rodríguez presented a three-pillar recovery plan for Colombia: pick back up what was working well, work on the challenges that remain, and correct what has not worked for decades. Rodríguez also mentioned the problem of unemployment and the need to consolidate a public investment plan, as the public debt as a percent of GDP is expected to reach its highest peak in five years in 2021.

In his presentation, ANIF President Mauricio Santa María gave an overview of how various sectors of the Colombian economy are performing during the pandemic. He also presented his organization’s own calculations that show, according to the economist, that “quarantines cause profound harm to the economy and the general well-being that is not commensurate with the effects of containing the pandemic.” “The virus is going to stay with us,” he said, and for that reason, the country must find ways to open businesses while awaiting a vaccine. “We need reopening and we need coordination,” he said.

To close the conference, a panel of finance experts discussed the complex panorama that awaits Colombia in the months ahead. That said, in spite of the considerable uncertainty, Colombia will see a faster recovery compared to other Latin American economies, said Ernesto Revilla of Citigroup. One of the strengths of Colombia in particular is that the government has a track record of previous achievements it can point to and build on in the future, said Lisa Schineller of S&P Global Ratings. The pandemic has revealed that “we need better coverage and equity,” said Ángela Hurtado of J.P. Morgan, highlighting the need for a skilled workforce that can adapt to new and changing labor markets in order to keep unemployment low and a brisk rhythm for economic recovery. Responding to a question from moderator and journalist Andrea Jaramillo about areas for opportunity, former Finance Vice Minister Andrés Escobar suggested reining in public debt, considering privatization in some areas, and approving an efficient tax reform.

Pia Fuentealba contributed to this summary.