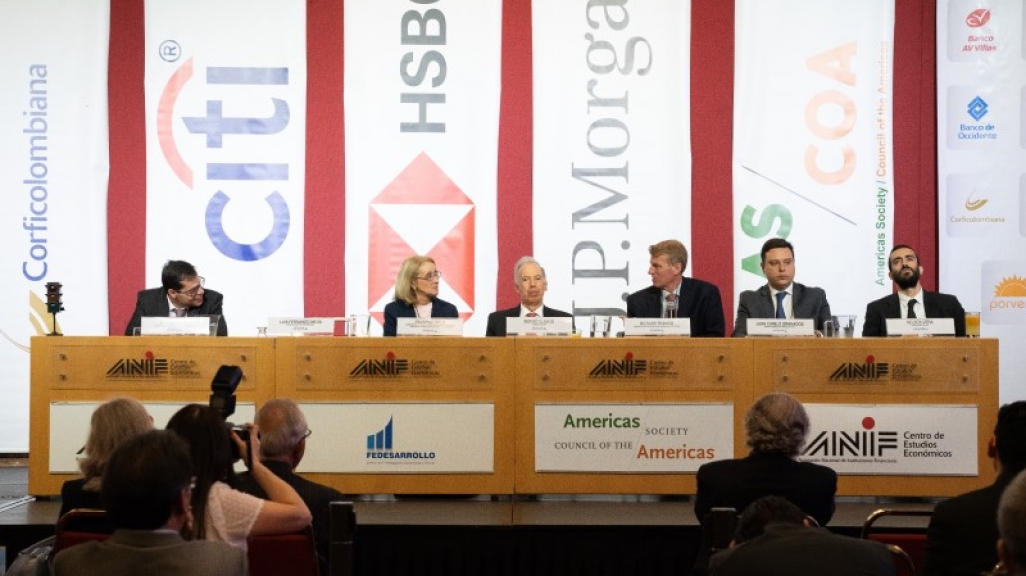 #COLWallSt 2019 Recap: Colombia in the Eyes of Wall Street

One of the conclusions of the day in Bogotá? There’s room for Colombia to expand its tax base to boost revenues.

Colombia is undergoing a digital transformation, said AS/COA Vice President Randy Melzi as she opened the annual LACC conference in Bogotá. "Colombia will strengthen its human capital while it transforms digitally with more and better access to mobile banking, health services, entrepreneurship and education, among others, benefitting especially rural areas," she said. She highlighted the fact that Amazon selected Bogotá as its Latin America headquarters as a clear signal of the potential the country has in the logistics sector.

The Colombian economy is a bright spot for Latin America: it’s projected to grow 3.5 percent in 2019 according to the IMF, the second-best rate in the region, said Luis Fernando Mejía, executive director of Fedesarrollo. That offers low risk for international investors, he said. Almost all sectors except construction grew in the first quarter, and the Colombian peso is performing similarly against the U.S. dollar and the Chilean currency, and better than the Argentine and Brazilian currencies. That said, Colombia needs to diversify and boost its exports and figure out how to get a handle on the fiscal deficit and public spending, he said.

The strength of Colombia’s fiscal performance first depends on the strength of the country’s financial institutions and second on the soundness of its financing law, said Roberto Junguito, a former finance minister of Colombia, who spoke next. “Whenever we’ve needed fiscal reform, we’ve gotten it done. Maybe not perfectly, but we’ve done it,” he said. The financing law in particular, which was passed in late 2018, represents a fundamental change, especially in how it lowers the tax burden on businesses, he said. On the flip side, Colombia’s tax burden overall is not that high compared to other OECD countries, and, proposed Junguito, there’s room to raise it.

If the Duque administration has one goal in its administration of the economy, it’s to make the economy work more efficiently, said Deputy Finance Minister Luis Alberto Rodríguez, in his presentation. To wit, the government expects the financing law to reduce capital expenditures by 27 percent by 2020. While Colombia has taken important steps to boost revenues and manage interest rates, there’s still room to grow in public spending, he said. The government has set a target to lower public spending to 37.2 percent of GDP by 2030, down from 50.6 percent at the close of 2018.

In his first presentation of the day, ANIF’s Sergio Clavijo placed Colombia in both a global and regional context. In particular, he noted what he called “the dance of the currencies,” in which he compared, among others, the Brazilian real to the Colombian peso. He noted that one might wonder whether these currencies dance in unison, but he said they do not and, instead, the real is dancing a samba while the peso is dancing a joropo. He pointed out that the peso is also not in sync with China or the EU, due to the particularities of the Colombian economy. Overall, he described the country as showing signs of resilience and endurance, adding that Colombia is rebounding, albeit to a lesser degree than previously forecast.

Clavijo’s presentation served as a prelude to the panel “Colombia in the Eyes of Wall Street,” moderated by AS/COA’s Randy Melzi. Fitch Ratings’ Richard Francis spoke first, commenting that the ratings agency’s outlook for the Colombia is negative, given concerns about external debt and liquidity. He also pointed out, however, that Fitch is generally negative in its perspectives across Latin American countries. Next up, Bolsa de Valores de Colombia’s Juan Camilo Granados highlighted investments but cautioned for the need for more companies to enter the exchange. Scotiabank Colpatria’s Sergio Olarte spoke optimistically, saying investors like Colombia, a country that has not suffered a default or restructuring since 1935.

The afternoon’s presentations focused on a moment of faltering governability in Colombia. Clavijo, in his second presentation of the day, highlighted public order and security, poverty and inequality, and unemployment as the three areas that most threaten the ability to govern. While the country has made important reductions in poverty and the homicide rate, the current homicide rate of 25 per 100,000 inhabitants is still far too high, said Clavijo. “We’ve become too complacent with violent crime rates in Colombia.”

The clear trend is that crimes related to the peace process are extremely low, says Clavijo, and on all accounts, we're better off and safer since the signing of the peace agreement with the FARC.#COLWallSt @ANIFCO pic.twitter.com/TadtzkVixC

One of the biggest factors affecting Colombia’s governability is external: the crisis in Venezuela, said former Interior Minister Fernando Cepeda, who called the Maduro government “a criminal regime, truly.” In Colombia, the political consensus is broken, said Cepeda, yet while this worries him, he noted that the breakdown seems to have had no effect on the economic situation. And no country is better situated to helping Venezuela than Colombia is, said U.S. Ambassador Kevin Whitaker. The principal goal of talks in Norway should be the exit of Nicolás Maduro, said Whitaker in response to a question from moderator Guillermo Zubillaga of AS/COA, and then we can talk about free and fair elections in Venezuela. The ambassador, who’s nearing the end of his tenure in Colombia, reiterated that Washington would remain focused on the issue of rising coca production as an issue of public health and security, while also affirming that the Duque government has been doing what’s necessary to address the issue. 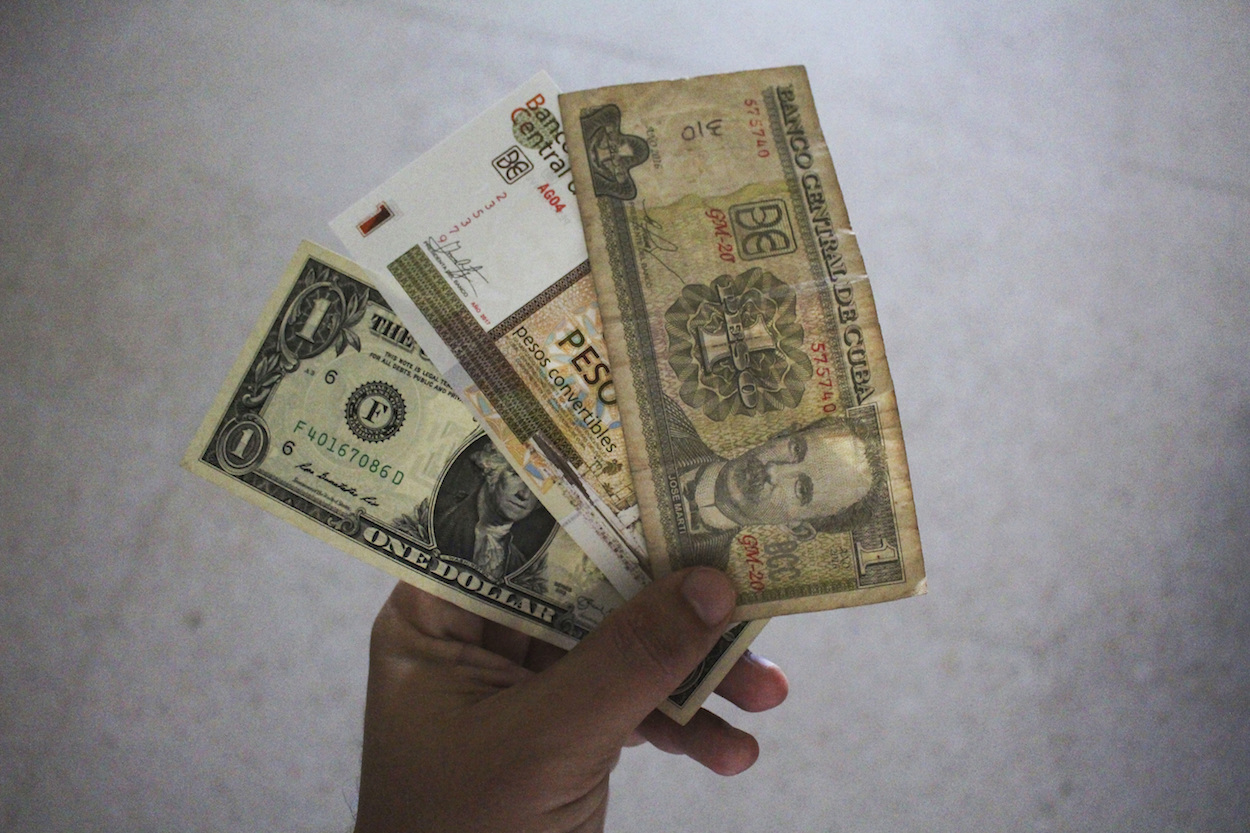 “This is a necessary step and, unfortunately, we are now doing this in the worst possible situation,” said the Cuban economist on the January 1 currency shift