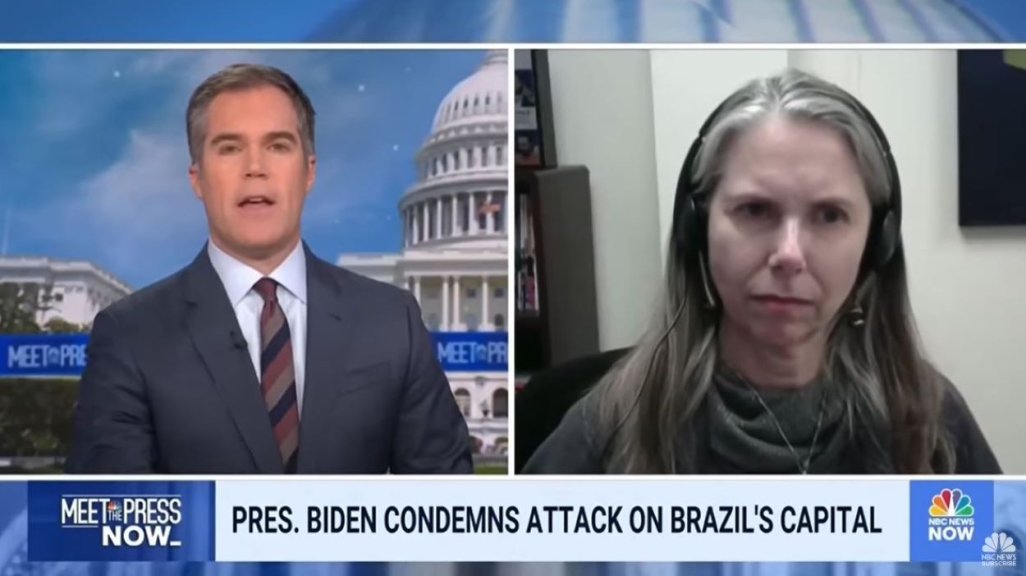 Cecilia Tornaghi on NBC News: The January 8 Attack on Brasilia

"It's hard to say whether it was a break in security or it was a purposeful stand down from security forces," said AS/COA's senior director of policy.

Cecilia Tornaghi, senior director of policy at AS/COA and managing editor at Americas Quarterly, spoke to NBC News' Peter Alexander on Meet the Press NOW about the January 8 attack on Brasilia.

On why government officials were unprepared for the attack, Tornaghi said, "It's hard to say whether it was a break in security or it was a purposeful stand down from security forces."

Tornaghi explained that Minister of Justice Flávio Dino and local authorities previously discussed a security plan. The federal government provided some forces because "for the last week, there have been messages everywhere calling people to go to Brasilia, so it wasn't a surprise at all that all these people were going to show up," said Tornaghi.

"The plan was to close access to this area, where you see the Supreme Court, Congress, and the presidential palace, but of course these plans didn't work," said Tornaghi. "They were changed on Friday. The minister of justice himself said that he only found out that the plans had changed on Saturday."

Tornaghi emphasized that to storm Brasilia before or during the presidential inauguration would have been "much, much harder because security was much tighter."