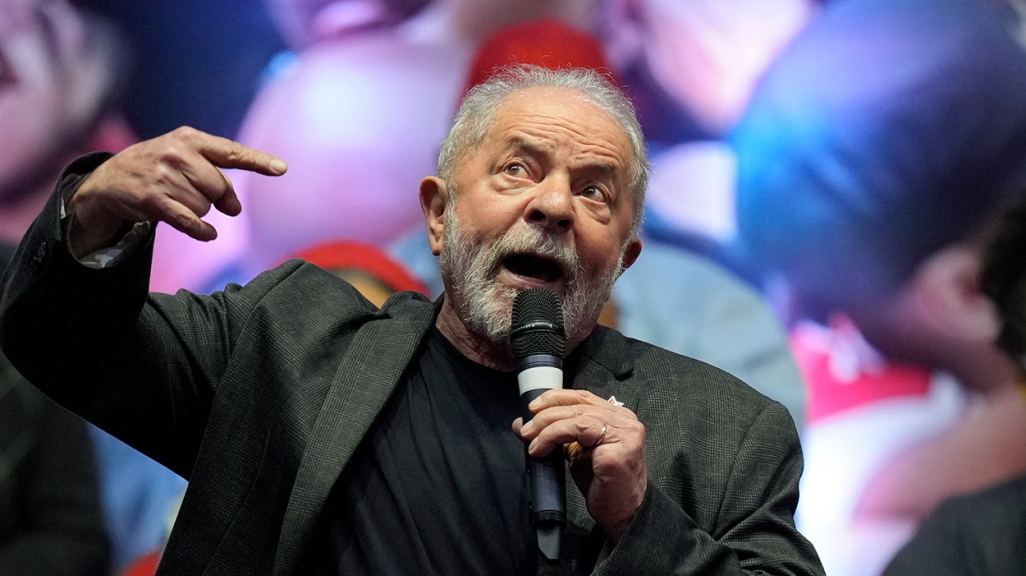 Can Brazil Turn Back the Clock?

Should Lula get credit for Brazil’s boom or blamed for its collapse? In Foreign Affairs, AS/COA’s Brian Winter delves in ahead of 2022 elections.

“God is Brazilian,” a local expression goes, and during the first decade of this century, there were reasons to believe it might actually be true. In 2001, Goldman Sachs labeled Brazil—along with China, India, and Russia—as the BRICs, the emerging markets that would supposedly fuel global growth for many years to come. In the case of the South American giant, the prognosis appeared accurate, at least for a while. By the end of the decade, the Brazilian stock market’s value had quintupled. Wealth didn’t accrue exclusively to the upper class: Brazil’s middle class expanded by some 30 million people, and the country’s notorious gap between rich and poor narrowed, if just a bit. Airplanes were full of first-time flyers, and microwaves and TVs flew off the shelves. Even as the economy boomed, the rate of deforestation in the Amazon jungle fell sharply as the government invested in stronger enforcement against illegal farming and mining. Preparations to host the 2014 World Cup and 2016 Olympics seemed to guarantee a long building boom and an even more prominent role for Brazil on the world stage.

Today, the man who oversaw most of that euphoric era as president from 2003 to 2010, Luiz Inácio Lula da Silva, is leading the polls for presidential elections scheduled in October 2022. Although no one expects a divine miracle, many Brazilians hope the longtime metalworkers’ union leader—now 76, his trademark beard gone fully gray—can recapture at least some of the magic. After more than a decade of economic turmoil and political instability, Brazil is now about 20 percent poorer on a per-person basis than it was during Lula’s final year in office. Under the leadership of the country’s right-wing president, Jair Bolsonaro, who is running for reelection, Brazil has lost more than 660,000 people to COVID-19, second only to the United States in the Western Hemisphere. Its four-decade-old democracy is under severe stress. And, in a reversal of the Lula-era progress in protecting the Amazon, deforestation has increased dramatically, leading some scientists to warn that the forest, often referred to as “the world’s lungs,” is on the verge of collapse.

With a life story that reads like an epic novel and a charisma that led U.S. President Barack Obama to call him “the most popular politician on earth,” Lula may well have the talent and experience to put Brazil back on the right path. But it is also possible that Brazilians are falling into a classic recurring trap of Latin American politics: hoping that an aging leader who presided over a long-ago commodities export boom can somehow turn back the clock. Repeatedly over the past century, leaders who presided over periods of unusual prosperity, such as Juan Perón in Argentina in the late 1940s, Carlos Andrés Pérez during Venezuela’s oil boom of the 1970s, and Colombia’s Álvaro Uribe during the first decade of this century, have either returned to power themselves or helped protégés get elected. But almost without exception, these comebacks have ended in disappointment or disaster, in part because the world had changed and prices for crucial exports such as crude oil, iron ore, and soybeans had fallen. […]

"In the broad sweep of history, Bolsonaro is arguably not an aberration but a return to normalcy," writes AS/COA's Brian Winter in Foreign Affairs.