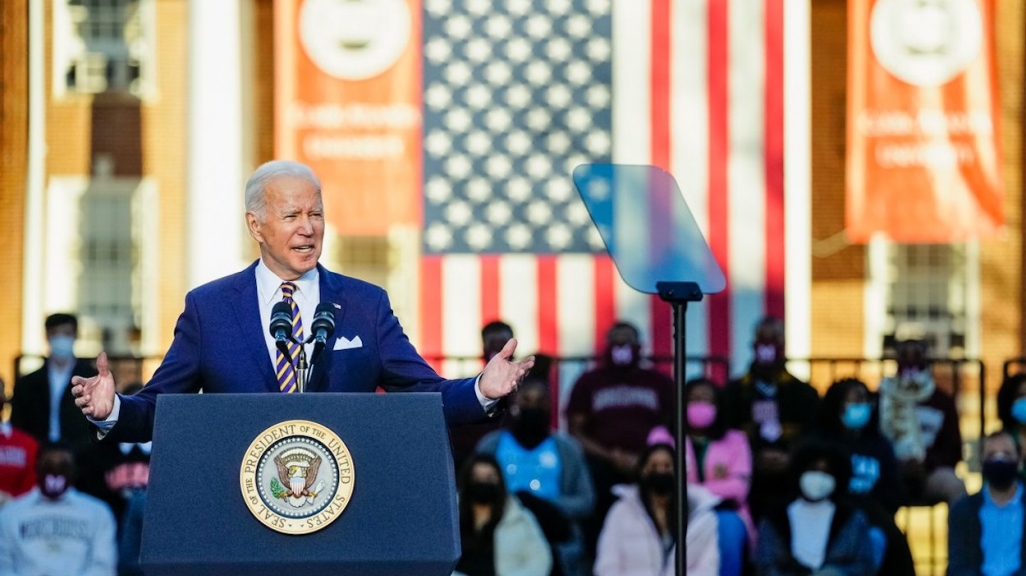 AS/COA Insider: Steve Liston on the Ninth Summit of the Americas

The Summit takes place in Los Angeles in June. AS/COA’s Steve Liston covers the chance to “lay out a vision for what the U.S. wants to achieve” in Latin America.

On January 18, U.S. President Joe Biden finally announced that the Ninth Summit of the Americas, a gathering of regional leaders hosted this year by Washington, United States, will be held in Los Angeles in early June. While we know the focus—“Building a Sustainable, Resilient, and Equitable Future”—questions persist about who will be invited, who will show up, and what can be accomplished amid a pandemic and a challenging time for democracy in the Americas.

AS/COA’s Senior Director and Manager of the Trade Advisory Group Steve Liston, who served as U.S. deputy national coordinator for the Summits of the Americas from 2002 to 2005, says we don’t have all the answers yet, but he does see an opportunity if the result is a summit that offers “a clear vision for what the United States wants to achieve.”

In conversation with AS/COA Online, Liston breaks down some of the expectations for the conference.

AS/COA Online: Why was Los Angeles chosen to host the summit?

Steve Liston: I think it makes good sense that El Pueblo de Nuestra Señora la Reina de Los Ángeles Porciúncula is a good place to hold the Summit of the Americas. I’m a Californian so I’m a little biased, but I think Los Angeles is a good choice. It’s got a big Latin community, it’s seen by many as the second-largest Mexican city after Mexico City, and it has a long cultural connection with the region.

I’m sure there were political reasons as well that Los Angeles was chosen. LA, obviously, is in California and that’s a big Democratic state, a big supporter of the president, and so a good place to go. But also, it has the infrastructure that is needed to support a summit. And I’m sure that the leaders and their delegations will get a warm welcome in Los Angeles.

AS/COA Online: This is a short turnaround time to put this together. How does it compare to past ones and what does that mean for this one?

Liston: There’s a lot of reasons why it’s such a short turnaround time. Obviously, the Biden administration inherited this a year ago, when he took office, and it’s taken them some time to figure out how to manage this.

Of course, Covid didn’t help. It ended up being delayed for a year, which is good, but that said, less than five months really is a short period of time. It remains to be seen if they can really pull together a summit that’s meaningful with the right participants and that advances a vision for the region, which we hope it will. So, the folks managing it at the White House, the State Department, and other agencies have a lot of work to do and we obviously want to do as much as we can to help them make sure it’s a great event.

AS/COA Online: Thinking back to the first Summit of the Americas in 1994 in Miami, the world has changed a great deal, not to mention the fact that we're living through a pandemic. What's changed and what expectations can we have for this summit?

Liston: It’s a very different time. In 1994 in Miami, it was just after the end of the Cold War, basically. The United States was really the lone superpower at the time and the Free Trade Area of the Americas was under negotiation, so huge possibilities. There was enormous drive and vision at that moment, but unfortunately, there were countries in the region that just didn’t want to go in that direction, and the accord petered out.

Today, we’re dealing with a much more complex set of circumstances in the region and globally. The United States is no longer the lone power. China has risen, both in the region, and globally. We’ve gone through a period of time when the U.S. is now very inward looking, in general, and we’re seeing the effects of that. We saw that in the Trump administration, we’re seeing that in the Biden administration, and Americans are looking inward, not outward, so it’s a very different moment. That said, it’s also a time when the region is really looking to Washington, to how the United States wants to engage in opportunities in the digital economy, digital trade, nearshoring—or ally-shoring, as some are calling it. There are a lot of strategic opportunities to work with the region if the United States chooses to use the summit in that way.

AS/COA Online: What should we expect to see?

Liston: The first questions are, "Who’s going to be invited?" and "Who’s going to come?" We’ve got some states that almost certainly won’t be—Cuba, to begin with, but also Maduro’s government in Venezuela and Ortega’s government in Nicaragua. The question is, do others come even if it’s not a universal summit? We don’t know the answer to that.

And there are question marks around some other governments as well. Will Brazil come? Will Mexico come? Who is going to show? To some extent it depends on the agenda that is agreed to and that can be put together, and that’s also open. There’s a desire to talk about environmental issues, democracy, climate change, and to discuss some of the big picture issues and how the region can work together on those. Will migration be on the agenda? It is on some agendas; will it be a summit one? It seems obvious that health would need to be there. We would love to see advances on a health and economy forum that’s been proposed so that that can be a permanent, ongoing fixture of hemispheric relations.

I do think that Biden is well-positioned. He knows the region, he likes dealing with leaders in this way, he likes this type of event. He could really take it a long way personally, as well as through his administration, if they come to the table with a vision for what the United States wants to achieve.

AS/COA Online: Council of the Americas represents businesses present in the region. What are some things you wish to see in the summit from that standpoint?

Liston: A trade agenda that’s open, that’s aggressive, that creates trade, especially with regard to the digital economy and the future economy with digital trade. We really would like to see a vision for deeper investment and trade ties with the region and in the region—not just with the United States but throughout the region. That’s a tall order at this moment, both for the United States domestically and in terms of what they have expressed interest in.

Also, we’re very much on board with the idea that growth needs to be equitable and it needs to lift all boats. That’s been a problem in the region, and one that’s only been exacerbated by Covid, so our members want to be part of that solution of a broad-based, equitable growth, but also doing that through increased trade, increased investment, and rules-based economies that are seeking to promote investment in the hemisphere. 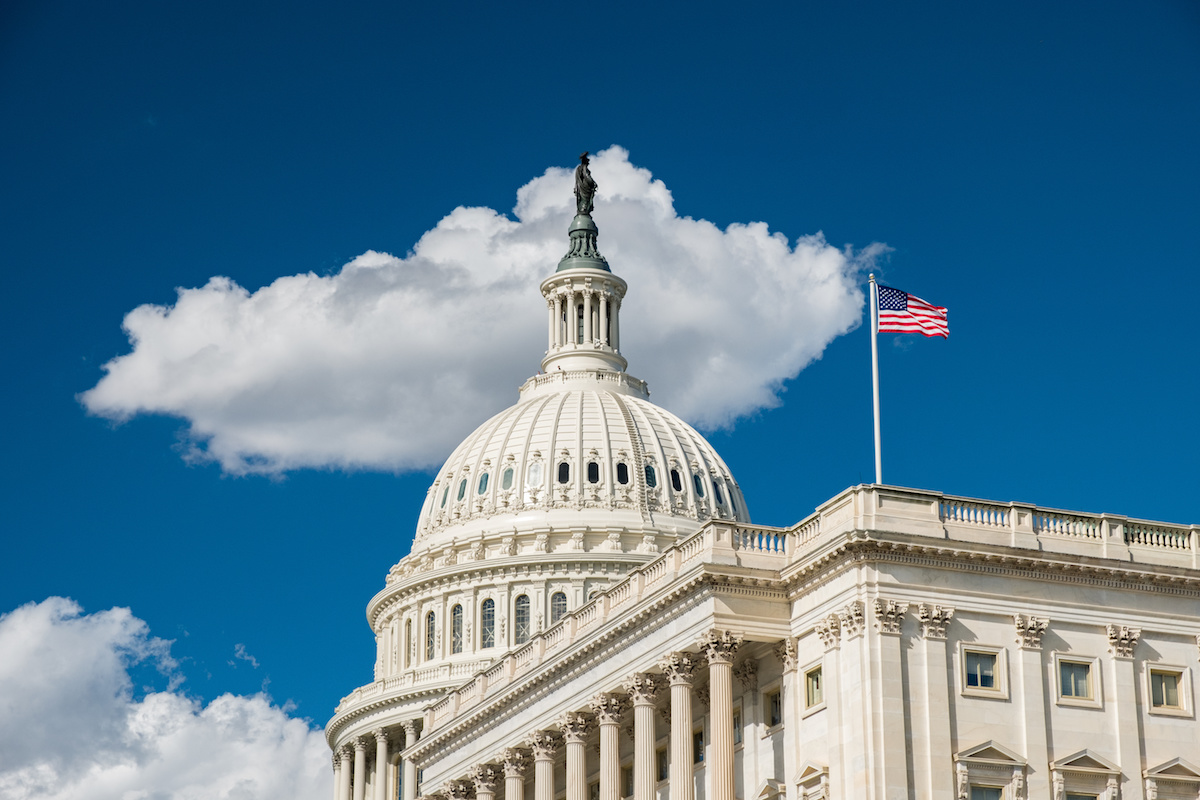