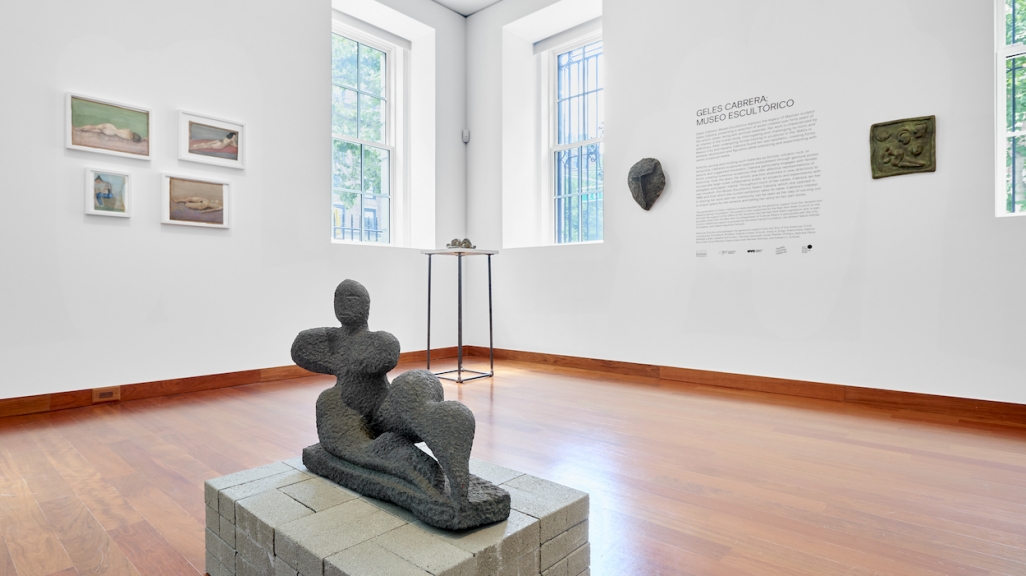 "Her intuitive understanding of how the body moves in space became a distinguishing feature in her lively figural work," writes Jan Avgikos.

Geles Cabrera, now ninety-seven years old, was the focus of a 2018 exhibition at the Museo Experimental El Eco in Mexico City titled “Mexico’s First Female Sculptor,” in recognition of her trailblazing determination to enter a discipline almost exclusively practiced by men. Following her art-school training in Mexico City and Havana, she emerged in the early 1950s and was associated with the Generación de la Ruptura (Breakaway Generation), a group of artists who distanced themselves from the nationalistic and political motifs of the Mexican muralists in pursuit of abstraction.

Cabrera embodied the potential of experimentation to catalyze artistic expansion. She infused her sculpture with what she learned as a dancer. Her intuitive understanding of how the body moves in space became a distinguishing feature in her lively figural work. Her materials—carved, cast, or molded—embrace a marvelous range, from volcanic rock, stone, terra-cotta, and wood to assorted metals, papier-mâché, plant fibers, and Plexiglas. The tactility of her surfaces—rough, smooth, pocked, pebbled—solicits immediate sensual engagement. Indeed, her art wants to be lovingly caressed.

This type of contact with her objects may have once been possible, given the circumstances of how they were initially displayed. Besides enjoying a long career as an artist and collaborator on public projects, Cabrera established a museum for her own art in 1966—the Museo Escultórico Geles Cabrera in Mexico City—which she opened to the community. Many of the pieces in the exhibition at the Americas Society—her first in the United States, featuring works produced between 1950 and 1999—were originally arranged on patios surrounding the Museo Escultórico (which shut its doors in 2006), near her house in the city’s Coyoacán neighborhood. Vintage photographs from her voluminous archive were included in the show here. The photos documented various sculptures placed in outdoor niches or set atop simple pedestals, fashioned from plumbing parts and surrounded by plants (the Americas society adopted this installation style). In the lush and accommodating environment of the patio, one could imagine hurrying to feel the inviting contours and textures of her lyrical works. Touch in her art represents more than an incidental physical engagement; it is a vital component of her work. […]

The exhibition features the visionary sculptures of the Mexican artist.