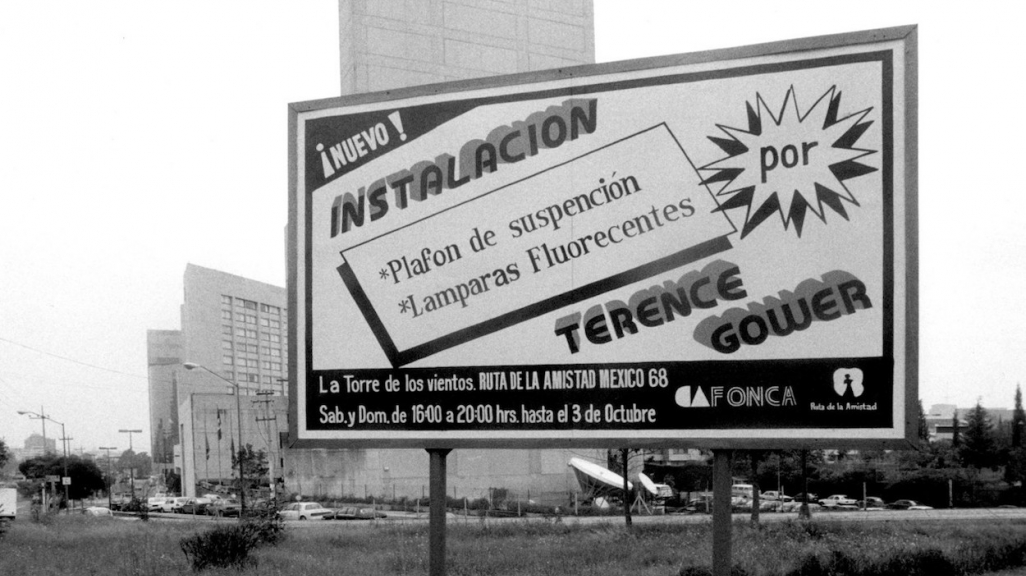 The Canadian artist's exhibition, offering a critical analysis of contemporary Mexican society, is open from May 12 through July 17.

New York, May 10, 2021—Americas Society presents Terence Gower: The Good Neighbour, a solo exhibition focused on the Canadian artist’s relationship with Mexico since the early 1990s. The exhibition offers an overview of his work from his arrival in Mexico City in 1993 to his involvement with the city’s bustling international art scene, dubbed the “multinational Mexican underground” by Olivier Debroise.

Following his formation in the photo conceptual scene in Vancouver, Gower arrived in Mexico and began researching Mexican modernism. He focused particularly on architecture to deconstruct traditional dichotomies of design and craft, of high and low culture, and the role of social class in the development of the distinct modernisms of Mexico.

The title of the exhibition–the Canadian spelling is intentional–refers to the economic policy established by Franklin D. Roosevelt to reshape the relationship between the United States and Latin America. Created in the context of increasing globalization following the NAFTA agreement in 1994, Gower’s works about Mexico offer a critical analysis of contemporary Mexican society, as well as the history of neo-conceptualism in the Americas.

Gower’s work fosters an important dialogue across the continent of North America as a Canadian examining the art and architecture of Mexico. “Since arriving in Mexico in 1993, I have been in awe of Siqueiros’ combined political and formal radicalism. This exhibition is an opportunity to establish a triangular flow of references: My practice—Mexico—, the exhibition venue (Americas Society), with the 1970 Siqueiros exhibition are forming connective tissue," says Gower.

“Terence Gower: The Good Neighbour is not simply a study of Gower’s works in and about Mexico, but also a tool to explore the country’s modern cultural history through works that recount and at the same time question the official national narratives of identity,” says Aimé Iglesias Lukin, Director and Chief Curator of Visual arts, Americas Society and curator of the exhibition. “In the trinational system of cultural exchange proposed by NAFTA since the early 1990s, Gower’s diplomatic strategy seems to be that of a double agent—the good neighbor that observes, highlights, twists, and disarms the established logic behind the national identities at play.”

The presentation of Terence Gower: The Good Neighbour is supported, in part, by public funds from the New York City Department of Cultural Affairs, in partnership with the City Council. Additional support is provided by Fundación Jumex Arte Contemporáneo, the Consulate General of Canada in New York, and the Council for Canadian American Relations. In-kind support is provided by LABOR, Mexico City.