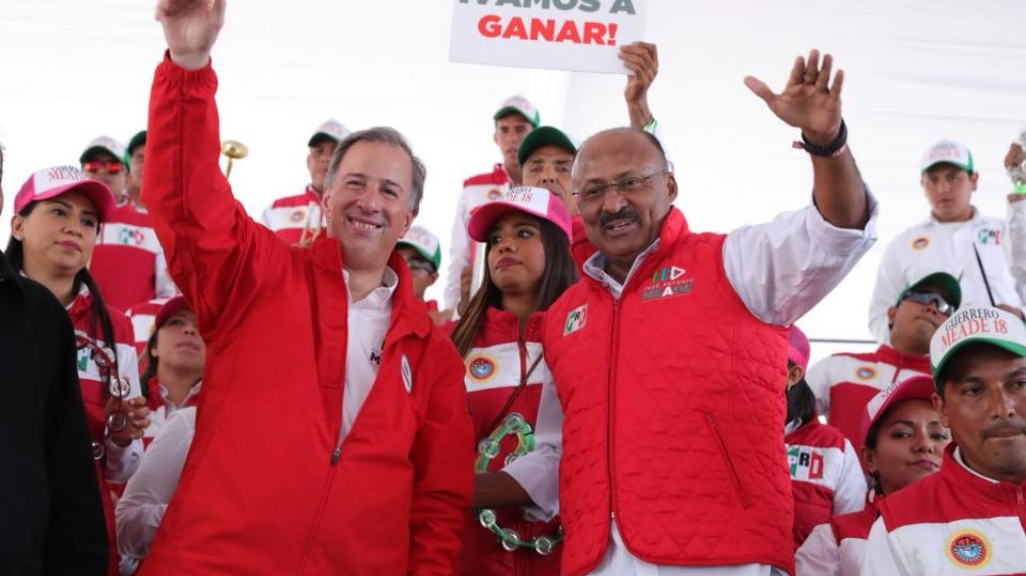 8 Weeks to Go: Inside Mexico's Elections

Updated May 9, 2018—Mexico’s July 1 elections promise to redraw the political landscape of Latin America’s second-biggest economy, and at a complex time for North American relations. The elections take place as Mexicans are worn out by rising violence, corruption scandals, persistent inequality, and waning faith in democracy. In February, before campaigns officially began, four in five Mexicans said the country was on the wrong path—more than twice the rate logged in 2012, when the last presidential election took place.

Given that scenario, the electoral competitions are nothing if not divisive and once Election Day is over, healing the differences will be a challenge for those destined to take over the roughly 3,400 seats up for grabs. In the case of the presidency, one candidate leads most polls by double digits, but Mexico has no runoff. That makes it a winner-takes-all situation on July 1, even if the victor earns the support of far less than half the electorate.

In this first article in a series, Carin Zissis of AS/COA Online writes from Mexico City on the trends and news defining the races as the competition enters its final weeks.

The governing PRI switched up its party president mid-campaign.

With less than two months to go, the PRI swapped in party stalwart René Juárez Cisneros as president, dropping Enrique Ochoa, a man intended to be a new face for the PRI when he took over after the 2016 loss of key gubernatorial elections. Still, polls kept showing a rejection of the party, to the point that the PRI made José Antonio Meade, who’s not a party member, its candidate. As Meade kicked off his candidacy, even the PRI logo became an afterthought, replaced in banners and campaign ads with three triangles representing the colors of his coalition’s parties.

The strategy didn’t work: Meade polls a distant third amid gossip that he’s being pressured to get out of the way of second-place Ricardo Anaya. On May 6, Juárez Cisneros joined Meade at a major campaign rally that put the PRI logo clearly on display and called on party militants to “fight to the death.”

Beyond the presidency, the PRI hopes the decision to switch gears will stem widespread losses in races across the country.

As Election Day nears, analysis is turning to the makeup of the country’s Congress. If (always a big “if”) polls are to be trusted, the battle for the legislature comes down to two coalitions: one of which has frontrunner Andrés Manuel López Obrador (AMLO) as its presidential candidate and MORENA as the main party, and the other with Anaya as its presidential candidate and the PAN as it biggest force. Moreover, AMLO’s Together We’ll Make History coalition is expected to win the largest portion of seats in both houses. The PRI polls far behind and, in the case of the lower house, Consulta Mitofsky gives the party’s coalition as few as 71 out of 500 seats.

The next question will be how all the parties work together. Writing for El Economista, PAN Senator Héctor Larios Córdova points out that left-leaning parties could snag 275 seats in the Chamber of Deputies and 71 out of 128 senate posts.

The catch is that they’re not all in the same coalition. Although AMLO is framed as a leftist, his alliance made room for the PES, a socially conservative party seeking to roll back progressive policies in the name of “family values” and which could become the fourth-biggest force in the lower house. Meanwhile, AMLO’s former party, the PRD, joined forces with the center-right PAN’s coalition.

AMLO and the private sector get in a public battle.

The candidate lashed out at the private sector last week, accusing specific business leaders of financing a dirty war against him, seeking to get the president to back his top rival, and thinking “they own Mexico.” One business group released a letter decrying the attacks, and reminded the former Mexico City mayor that the private sector provides 9 in 10 formal jobs in Mexico.

While certain business leaders are firmly in the AMLO camp, the public debate raised eyebrows, particularly given that AMLO’s critics frequently compare him to deceased Venezuelan strongman Hugo Chávez, thereby raising the specter of nationalizations. The candidate says he doesn’t plan on expropriations should he win, despite a recent comment by a senior MORENA leader suggesting he do so.

But on May 7, AMLO met with BlackRock CEO Larry Fink, and one of the politician’s advisors said the two “clicked.” On the same day, in an appearance on TV Azteca, AMLO said he plans to work hand-in-hand with business leaders, and called for the separation of economic and political sectors.

Mexican journalist faces backlash over a tweet suggesting assassination of a candidate.

On May 5, prominent but controversial journalist Ricardo Alemán shared a Twitter meme saying that fans murdered John Lennon, Versace, and Selena and that backers of presidential frontrunner AMLO should consider doing the same. Social media users responded; #NoAlPeriodismoSicario (#NoToHitmanJournalism) swiftly became a trending topic. Major media outlets Televisa and Canal Once severed ties with Alemán, who deleted the tweet and called those wishing for the end of his career “fascists.” He then revealed on Wednesday that he would end his collaboration with Milenio.

AMLO gave little more than a shrug to the incident, so why does it matter? Because dozens of candidates and officials have been assassinated over the course of this electoral cycle. Alemán sent his tweet the day after authorities discovered the dead body of a mayoral candidate who belonged to AMLO’s coalition. Mexico continues to be haunted by the 1994 killing of presidential candidate Luis Donaldo Colosio, whose assassination drew comparisons to that of John F. Kennedy.