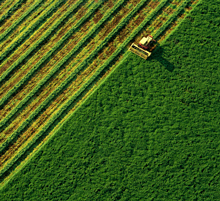 A slew of natural disasters and climbing global food prices in 2010 have experts worried about the threats to food security 2011 could bring to Latin America. Fears of this kind are not new to the region, but one of the worst years for natural disasters in decades has made food security a more immediate concern for the many millions of people across Latin America vulnerable to variations in supplies of basic foods.

In the Western Hemisphere, Bolivia, Colombia, Guatemala, Haiti, and Venezuela top the list of countries confronting food scarcity problems. The UN Food and Agriculture Organization (FAO) reports that over the past 20 years more than one-fifth of both Bolivia’s and Guatemala’s population has suffered from undernourishment. In Haiti, more than half go with less food than they should, and exacerbating this problem are Haitian rice farmers, now leaving crops unharvested in areas thought to be effected by the recent cholera outbreak, despite efforts to educate growers about ensuring a safe harvest.

Meanwhile, the 2010 la niña climatic cycle brought heavy rains to Central America as well as Colombia and Venezuela, destroying crops and damaging agricultural infrastructure. This aggravated the food shortage in Guatemala, and flooding in Colombia and Venezuela created a shortage of rice and some vegetable products. With heavy la niña rains expected to continue into 2011, experts warn that acute food insecurity will increase in 2011, especially in Guatemala.

The Economic Commission for Latin America and the Caribbean (ECLAC) held a seminar in November 2010 on rural poverty and climate change. It concluded that rural populations in tropical regions “are particularly vulnerable to the effects of climate change on agriculture.” A meeting on rural and agricultural development held in conjunction with the COP 16 in Cancun found that: “There is no climate security without food security and no food security without climate security.” However, a report from the U.S. Department of Agriculture suggests that the share of Latin Americans suffering from food insecurity is getting smaller. To continue improving food supplies, the paper argues, international coordination must help the poorest countries increase crop yields. A stronger export sector, argues a similar report, will help prop up food supplies, as could responsible compensatory social policies.