Under the personal leadership of Ambassador John Negroponte, COA launched this initiative with a private roundtable discussion in August 2012 in Laredo, Texas, the largest land port of entry by total trade value and volume. Participants included Ambassador E. Anthony Wayne, Ambassador Arturo Sarukhan, Congressman Henry Cuellar, and other leaders from the private, public, and non-profit sectors in both the United States and Mexico.

In 2013, COA convened three public conferences focused on the U.S.-Mexico competitiveness agenda. In February, we partnered with the Institute of the Americas on a by-invitation-only site visit to Tijuana, Mexico, followed by a public conference in La Jolla, California, with panel discussions on the Mexican reform agenda and key cross-border business sectors. In June, we organized a Mexico Competitiveness Forum, including a private breakfast discussion and public panel discussions on Mexican innovation and cross-border investment. In August, we partnered with the University of Texas at El Paso and the office of Congressman Beto O’Rourke on a major public conference and private dinner in El Paso, where we hosted Wayne and Ambassador Eduardo Medina Mora as well as other public and private-sector leaders. With more than 500 participants plus live-webcast viewers, the conference received significant media attention. Subsequently, we have hosted a member-only program in Washington, DC with Managing Director of the North American Development Bank Gerónimo Gutiérrez. 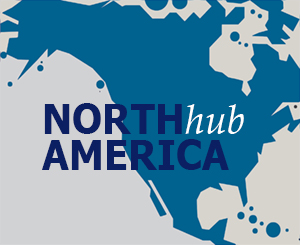 Two decades after the North American Free Trade Agreement went into force, dramatic changes in the global economy—including new production models, integrated supply chains, technological advances, and a revolution in energy production—spell a radically changed regional economic model. No longer do Canada, the United States, and Mexico merely trade together; now we design and make products together. Our economies are integrated to a point whereby “made in North America” is now the norm. And as China and other emerging economies rise, deeper North American integration becomes a strategic necessity to compete when it comes to production efficiencies, economies of scale, and comparative advantages.

To this end, we created this portal to showcase AS/COA’s research and activities focused on the evolving North American relationship. Through initiatives, analysis, and congressional outreach, we promote the idea of North America as a vibrant partnership, while generating new ideas to strengthen the region as a growing economic space.

U.S. 2020: The Democratic Candidates on Trade

From TPP to USMCA, from free trade to “fair trade,” where do the Democratic contenders stand?

Video: Highlights of the Border Conference on the U.S.-Mexico Competitiveness Agenda

Highlights of the fourth event of the Council of the Americas border initiative, which aims to foster a public-private dialogue on improving management of the U.S.-Mexico border and deepening economic integration....

The program in El Paso took place at The University of Texas at El Paso campus, located on the U.S.-Mexico border.  It included a series of on-the record Davos-style conversations on bilateral commerce, infrastructure investment, and the Mexican and U.S. reform agendas, among other topics, and attracted more than 400 attendees.

This was the fourth event of the Council of the Americas border initiative, which aims to foster a public-private dialogue on improving management of the U.S.-Mexico border and deepening economic integration. AS/COA Chairman and Ambassador John Negroponte addressed the U.S.-Mexico border as the "windpipe of our economy" and talked about taking trade between the two countries further.

"Two decades after it's been signed and brought into force, NAFTA, I believe, it's a true success story. But I believe that more can be done to facilitate trade in our region," said Negroponte.

The Texas congressman explains how the United States can secure its southern border without militarizing it, and facilitate trade that supports millions of U.S. jobs. ... Read More

Representatives from the public and private sectors highlighted ways to improve border trade in order to boost both the U.S. and Mexican economies. ... Read More

The August 7 conference in El Paso, Texas included a series of conversations on bilateral commerce, infrastructure investment, and the Mexican and U.S. reform agendas. ... Read More