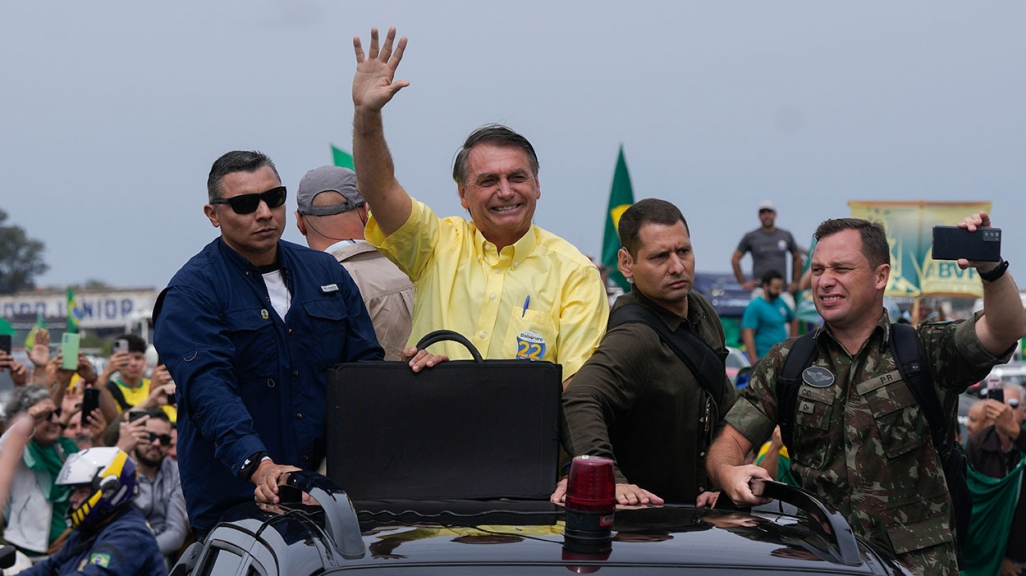 Why Everyone Keeps Underestimating Bolsonaro's Election Chances in Brazil

"A culturally conservative revival of sorts has swept the country," writes AS/COA's Brian Winter in TIME.

It has become a familiar ritual for Americans, Brits, and others around the world: Tuning in on election night and wondering how the polls could have been so wrong, especially when it comes to undercounting voters on the right. On Sunday, it was Brazil’s turn, as right-wing President Jair Bolsonaro defied predictions of a double-digit defeat and came within just five percentage points of the first-place candidate, leftist former President Luiz Inácio Lula da Silva. The longtime rivals will now face each other in a runoff on Oct. 30 that looks closer than anyone expected—and seems likely to put heavy strains on Latin America’s largest democracy.

That Bolsonaro still has a chance to win came as a shock to both Brazilian and international observers. The so-called “Trump of the Tropics” presided over one of the world’s most calamitous reactions to the pandemic, calling COVID-19 “a little flu,” admonishing his countrymen to stop being “sissies,” and dragging his feet on vaccine purchases—Brazil’s official death toll now stands above 680,000 people, second only to the United States. His stewardship of the Amazon has been a disaster, with deforestation at its highest level in 15 years. On the economic front, Bolsonaro has been unable to meaningfully lift Brazil from a long malaise that has left its citizens 10% poorer on average than they were a decade ago. This story of stagnation and dissatisfaction has repeated itself to varying degrees across much of Latin America, which helps explain why incumbent presidents or their allies have lost 14 straight free and fair elections across the region.

And yet there was Bolsonaro on Sunday, basking in the glow of a result that, at the very least, kept his hopes of a second term alive for another four weeks. “We won against the lying pollsters and now we will win the election,” he declared to a crowd of supporters and journalists. Most political analysts believe that Lula, who governed Brazil from 2003 to 2010, remains a slight favorite to win the runoff—thanks to strong support from Brazil’s working class and a likely endorsement coming from the third place candidate Simone Tebet, a Senator. But there was no denying the wave of support that saw Bolsonaro’s allies make major gains in Congress, including his former women’s affairs minister, famous for declaring that “Boys (should) wear blue, and girls should wear pink,” who won a seat in the Senate. Bolsonaro’s former environment minister, who quit last year amid an illegal logging probe, also finished among the top five vote-getters nationally for Congress. Bolsonaro’s party will be the biggest in both chambers, spelling trouble for Lula’s agenda even if he is eventually elected. […]