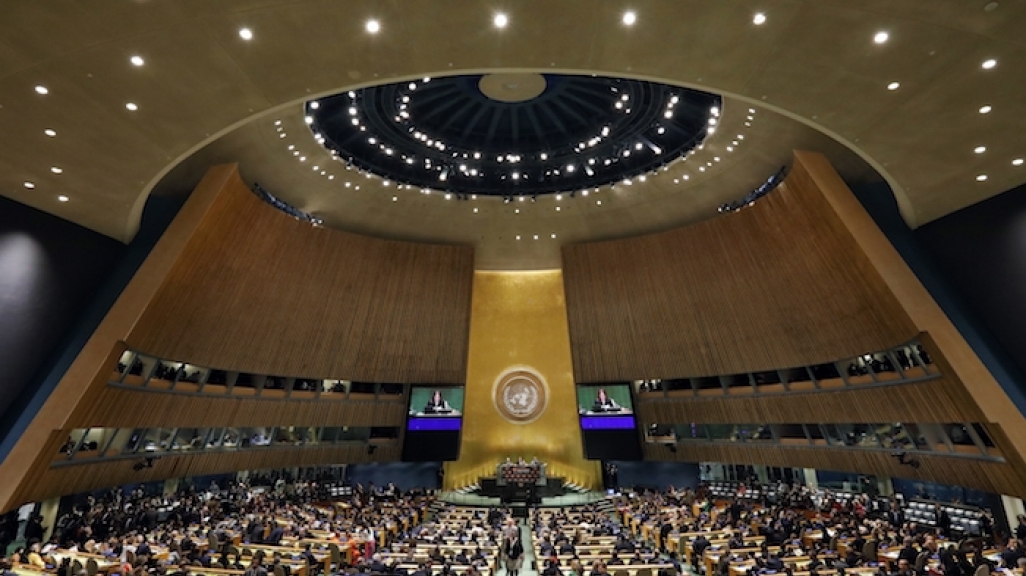 When Are Leaders from the Americas Speaking at the 73rd UN General Assembly?

Several leaders inaugurated in 2018 will be addressing the body for the first time.

Updated, October 1 — At this year’s UN General Assembly, Ecuador’s María Fernanda Espinosa Garcés will preside over the 73rd session, making her the fourth woman to do so in the organization’s seven-decade history. Per tradition, Brazil will kick off the General Debate of the 2018 session with remarks by President Michel Temer, with U.S. President Donald Trump following directly after. The theme of this year’s debate is “Making the United Nations relevant to all people: Global leadership and shared responsibilities for peaceful, equitable and sustainable societies.”

Argentina, Chile, Colombia, Paraguay, and Peru have confirmed they will be using this year’s General Assembly to present a formal complaint against Venezuela for systematic violation of human rights, which will pave the way for an official International Criminal Court investigation against the administration of Nicolás Maduro.

Presidents making their first appearances in New York include Cuba’s Miguel Díaz-Canel, Iván Duque of Colombia, and Peru’s Martín Vizcarra of Peru. Brazil’s Michel Temer and Enrique Peña Nieto of Mexico, on the other hand, will be giving their final addresses to the body before handing over the reins to incoming administrations in coming months. And while there are no female heads of state in Latin America at the moment, at least one woman from the region besides Espinosa Garcés will be speaking from the podium: Epsy Campbell, Costa Rica’s newly installed vice president.

Morning sessions run from 9 a.m. to 1 p.m., and afternoon ones from 3 to 9 p.m. Speakers are typically allotted 20 minutes per speech, although leaders regularly exceed their time. Remarks can be viewed via UN Web TV.