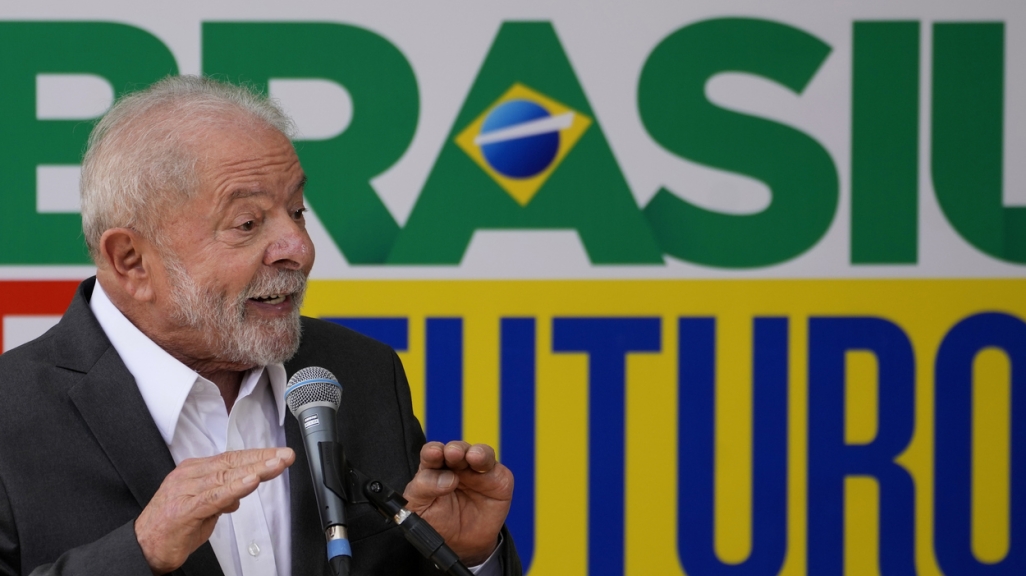 Lula’s economic team is mixed Potential congressional allies are part of the transition Lula’s economic agenda may depend on circumventing the spending cap Lula is making time for foreign relations So far, Bolsonaro is staying out of Lula’s way

What to Know about Lula's Presidential Transition

This piece was originally published December 8, 2022. It has since been updated.

After his election as Brazil’s president October 30, Luiz Inácio Lula da Silva has just two months to shape up his new administration before his inauguration on January 1.

Under Brazilian law, Lula is allowed to hire up to 50 staff members to help him manage the transition. The composition of that team, as well as their recent actions and statements, give a hint of what Brazilians can expect from Lula’s third time in office.

With less than a month to go until he assumes the reins of Planalto, more pieces of Lula’s administration are becoming clear and cabinet picks will be announced imminently. Where does the transition stand ahead of those announcements? Here are five things to know.

In his first two terms as Brazil’s president, Lula and his party, the Workers Party (PT), pursued a mostly leftist economic agenda: growing social spending, building up bureaucracy, and increasing the public sector’s involvement in natural resource extraction. In his 2022 campaign, Lula made efforts to appeal to economically moderate voters and admitted that economic times were different than during his last period in office. He selected a moderate, business-friendly running mate in Geraldo Alckmin, and he has critiqued previous PT policies, such as fuel price controls. In interviews in both the domestic and international press, Lula promised he would practice fiscal discipline while remaining committed to a leftist economic agenda.

Lula chose a longtime ally when he selected Haddad as finance minister. Haddad, ex-mayor of São Paulo, ran for president in 2018 as the PT candidate while Lula was in prison on corruption charges, but lost to Bolsonaro in a runoff. He is considered a left-wing economist and his appointment disappointed those who hoped for a more market-friendly minister.

On social development, Lula’s transition team also reflects the big tent approach that marked his second-round campaign. For example, Simone Tebet, the centrist senator who placed third in the 2022 presidential contest, is joined by Guilherme Boulos, a stalwart of the left.

Potential congressional allies are part of the transition

Lula lacks a majority in Congress—his coalition will have just under 150 members out of 513 seats. The success of his term may depend on his ability to court support from non-allied parties. In that light, Lula is including representatives from opposition political parties in his transition team.

That includes politicians affiliated with a powerful congressional caucus known as the Centrão, a centrist group helmed by President of the Chamber of Deputies Arthur Lira, who even after campaigning for President Jair Bolsonaro, met with the president-elect a month ago. Two members of parties in the Centrão—Senator Kátia Abreu and Congressman Neri Geller—are on the agricultural transition team.

What might legislators be looking for in exchange for concessions with Lula? One item could be the continuation of the “secret budget,” a measure that allows Congress to transfer funds to lawmakers for discretionary usage in their district. The Supreme Court is evaluating whether the “secret budget” is unconstitutional. Lula may endorse maneuvers that would allow for the continuation of this discretionary funding.

Lula’s economic agenda may depend on circumventing the spending cap

Brazil’s Constitution sets a spending ceiling that indexes the growth of expenditures to rates of inflation. The amendment, put in place in the 2016 by Congress, was decried by both Lula and Bolsonaro during the 2022 election, and Congress has spent past the ceiling every year since it was installed. This year, in July, Congress declared a state of emergency, which allowed them to exceed the spending cap and enabled Bolsonaro to pass expansions of Auxílio Brasil, a cash-transfer program.

Lula campaigned for maintaining the increased level of Auxílio Brasil payments, which are slated to expire at the end of December. This, alongside his ambitious infrastructure plans and goal to increase the minimum wage, mean that his agenda hinges on spending beyond the current ceiling. Already, Lula’s transition team has met with the rapporteur for the 2023 budget to present a PEC, or a proposal for an amendment to the Constitution, that exempts certain programs, like Auxílio Brasil, from the ceiling. If the PEC doesn’t pass, spending cuts authored by the Bolsonaro administration—on items like housing programs and drug access schemes—will come into effect.

Originally, Lula’s team announced that they would be seeking $33 billion in spending above the cap annually and looking for Congress to approve four years at that level. As of December 2, the Lula transition team lowered that figure to about $29 billion a year.

The PEC was approved by the Senate and now needs to be approved by three-fifths of lawmakers in the Chamber of Deputies by mid-December for Lula to avoid a drop in Auxílio Brasil payments in January.

Since emerging victorious in Brazil’s second round, Lula sought to reestablish himself as a major figure on the international stage. First, he headed to Egypt for the COP27 climate conference on November 16. There, he spoke about Brazil’s potential for global climate leadership, which includes hosting the COP30 conference in 2025 and establishing an alliance of rainforest nations. This is in line with Lula’s stated domestic environmental agenda that features rebuilding institutions, expanding protected areas, and creating a tax code that incentivizes green development.

Moreover, Lula received an invitation from President Joe Biden for the Brazilian leader to visit the White House after his inauguration. The invitation was extended by U.S. National Security Advisor Jake Sullivan, who met with Lula in Brasilia on December 5.

Leading Lula's foreign ministry will be Mauro Vieira, who served in the same role in President Dilma Rousseff's second government.

“The world of environmentalism is very eager to hear what Lula has to say,” says the senior director of policy at AS/COA.

So far, Bolsonaro is staying out of Lula’s way

There was widespread skepticism that President Bolsonaro would accept the results of the election. He spent months casting doubt on the electoral system and argued that Brazil’s institutions were being weaponized against him. After the election, Bolsonaro went silent and refused to concede. On November 23, his team filed a complaint that due to a software bug, 60 percent of votes should be thrown out. By the next day, the head of the Supreme Electoral Court Alexandre de Moraes knocked down the complaint and fined those who filed it.