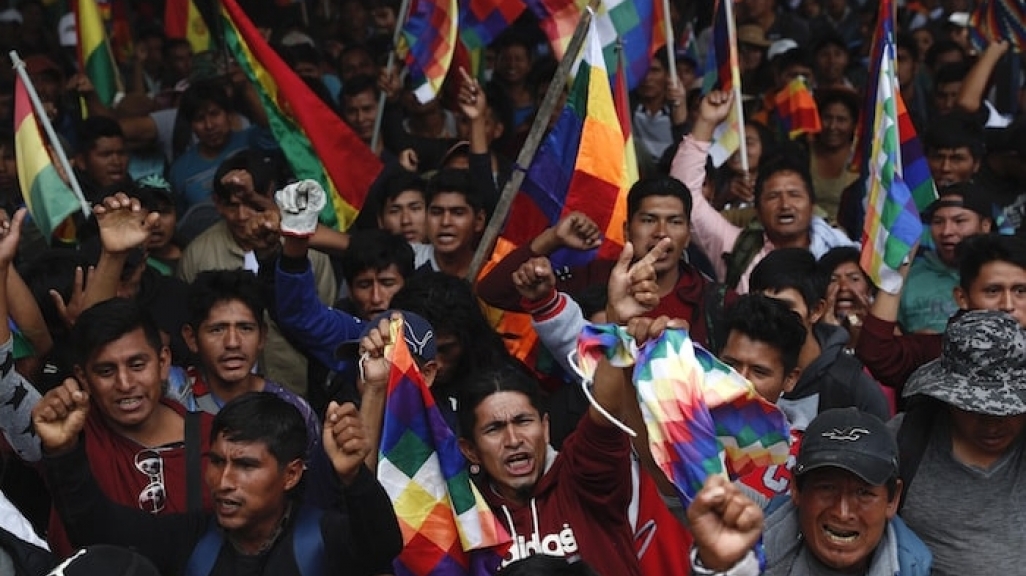 What Does the Future Hold for U.S.-Bolivia Ties?

"If an ambassador is confirmed before the May 3 vote, he or she would be wise to stay out of any electoral spectating," said AS/COA's Holly Sonneland in the Latin America Advisor.

Q: The United States is sending its first ambassador in more than a decade to Bolivia in an effort to normalize the relationship between the two countries. The United States has had a lower-ranking diplomat in La Paz since former Bolivian President Evo Morales ordered the last ambassador to leave in 2008, blaming him for inciting anti-government protests. How significant is the Trump administration’s move to name an ambassador to Bolivia? In what ways can the two nations expand cooperation? Will the U.S. seek to improve its relationship with the Bolivian government regardless of who wins the South American country’s May 3 election?

In a neutral situation, the restoration of diplomatic relations is a good thing. But, of course, the current climate in Bolivia is anything but neutral. The willingness of the interim administration of Jeanine Áñez to receive an ambassador from Washington is arguably more significant than Trump’s decision to send one, who will in all likelihood be a staid career diplomat. If an ambassador is confirmed before the May 3 vote, he or she would be wise to stay out of any electoral spectating at all costs. The Bolivian electorate will be deeply wary of any U.S. ambassador after such a long absence and of who is coming at the behest of the divisive Áñez. It’s also worth remembering that it was the then-U.S. ambassador’s comments during the 2002 presidential race—’I want to remind the Bolivian electorate that if they vote for those who want Bolivia to return to exporting cocaine, that will seriously jeopardize any future aid to Bolivia from the United States—that backfired, galvanizing anti-U.S. sentiment that Evo Morales capitalized on en route to the presidency. There is indeed a possibility for a diplomatic climate change and for the two countries to work together on institution-building, health and, as always, counternarcotics policy in Bolivia, along with infrastructure development. But if the MAS candidate wins on May 3 and Trump—who, if he pays attention to Bolivia, will likely wield it as a wedge issue in Florida—wins re-election on Nov. 3, it would be unsurprising if relations were severed once again.