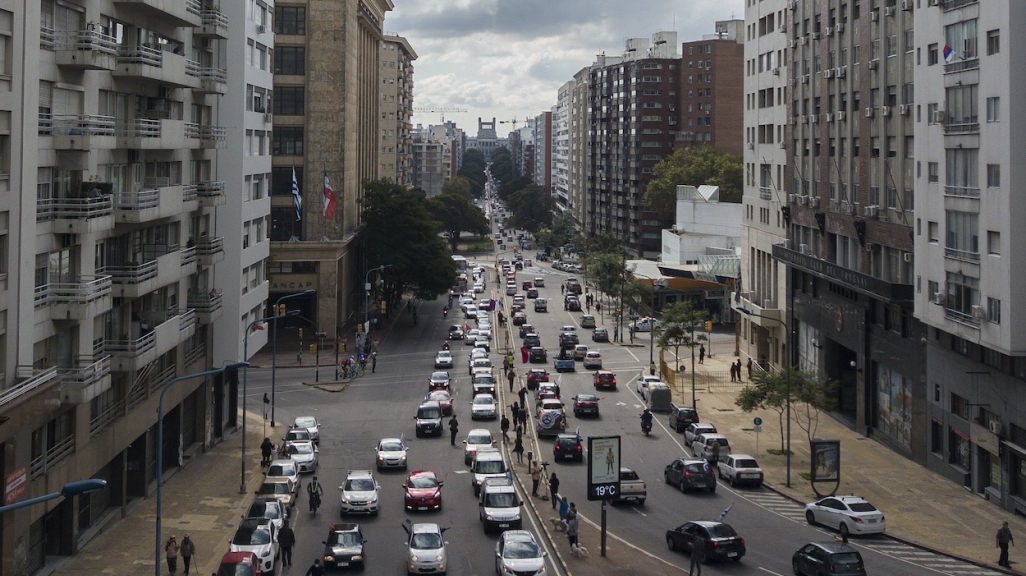 The U.S. Should Cozy Up to Uruguay. Here’s Why.

By Eric Farnsworth and Carlos Mazal

"Montevideo would prefer to develop ties with Washington over Beijing. But so far, that option has been unavailable," co-writes AS/COA's Eric Farnsworth for Barron's.

Want to get a laugh from Washington’s foreign-policy experts? Tell them Uruguay is strategic for the United States. Tiny Uruguay, nestled between giants Brazil and Argentina in South America, often confused by North Americans with Paraguay, whose heyday some might say was during the 1930’s when the nation won the first World Cup and witnessed the scuttling of the Nazi raider Graf Spee; yes, that Uruguay now occupies a strategic position in the Western Hemisphere.

The world has changed a bit since the 1930s. Indeed, it has changed dramatically just since the beginning of this century. That’s when China first began to spread its wings across emerging markets and some in Latin America tried but failed to create a region devoid of a U.S. presence, and the internet and social media came to dominate our lives. China is the top trade partner of most South American nations, displacing the United States and Europe. Chinese investment has ballooned in 20 years from essentially zero. Political and social ties are growing.

None of this is necessarily concerning in and of itself; sovereign nations are free to engage with virtually anyone, and diversification is sound economic strategy. But that is only the beginning. The implications for such ties go well behind the exchange of goods and services. As emerging markets around the world are quickly coming to understand, importing Chinese business practices and political influence, bolstered by advanced technology, contributes across the Western Hemisphere to advancing Chinese government-promoted narratives both about China and the West, allows massive data harvesting and aggregation, promotes snooping, and introduces new techniques for domestic social control in a region that struggles with rule of law and, at times, human rights protections. It also sets back regional efforts to address corruption, labor rights, and environmental protections.

The United States has looked away as China has moved with intentionality into the Western Hemisphere. Regional observers find difficulty in articulating any coherent U.S. policy strategy for the Americas since the beginning of the war on terror, despite many good intentions, beyond efforts to keep terrorism, drugs, and illegal migrants out of the country. Meanwhile, regional currents have shifted, making politics more volatile. A pending round of national elections in Brazil, Chile, Colombia, and Honduras, along with recent results in Peru, could fundamentally remake the region’s political character. Add in an Argentina that continues to wrestle with the legacy of Peronism and a Mexico whose leader seeks to return to the “democratic authoritarian” practices of the 1960s and 1970s. Latin America is in ferment.

Chastened by the Afghanistan pullout, Washington is unlikely for the foreseeable future to go beyond crisis management. The anticipated 2022 Summit of the Americas would be a logical moment to promote a new agenda supported by real resources, but in the current environment, dramatic proposals are unlikely. In the past, trade expansion would have been the primary tool to use. It remains the best option today…