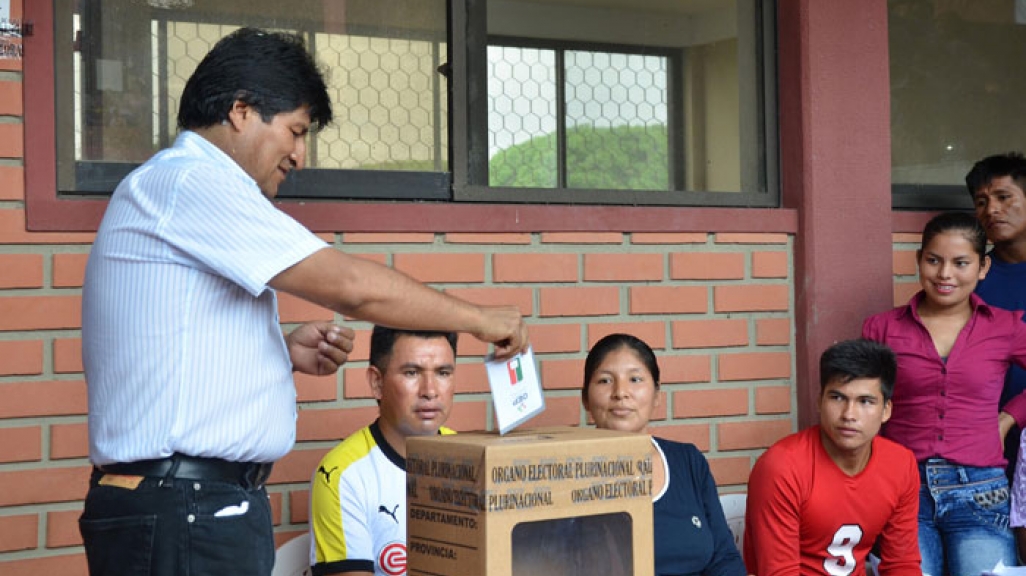 If preliminary results hold, 2019 will be the first time since 1997 that Evo Morales will not be on the ballot.

Bolivians appear to have rejected a constitutional amendment to extend presidential term limits, thereby denying President Evo Morales a fourth term. The morning after the February 21 referendum, Supreme Electoral Tribunal President Katia Uriona said that, with about three-quarters of polling centers’ votes processed, preliminary results indicated the “No” campaign winning by double digits over the “Yes” camp, or 55.2 percent to 44.8.

Votes from Bolivia’s rural areas are still coming in, as are absentee ballots from over a quarter of a million expat Bolivians. According to the 2012 census, 67.3 percent of Bolivians live in urban areas.

Below, AS/COA Online outlines important facts about the referendum vote.

1. Bolivians voted on the number of consecutive terms a president can serve, not indefinite reelection.

The Bolivian Constitution currently limits presidential reelection to one consecutive term, which the proposed amendment would have extended to two, for three total terms.

2. The last few weeks of campaigning were tense.

Days before the referendum, campaigning was suspended when six officials at the El Alto mayor’s office died in a fire set allegedly by pro-Morales protestors. El Alto, the sprawling sister city to La Paz, broke with Morales’ party, Movement toward Socialism (MAS), in 2015 municipal elections when it elected Soledad Chapetón of the National Unity party for mayor.

Morales also faced criticism in weeks ahead of the vote when media reports charged that one of his former romantic partners, an executive at a Chinese company, received $500 million worth of no-bid contracts from the Bolivian government.

3. The voter registration list increased by 250,000 in time for this vote.

More than 6.5 million Bolivians were registered to vote for the February 21 referendum, up from 6.25 million in the December 2014 presidential race. About 259,000 of voters live abroad, the largest shares in Argentina and Spain.

Voting is mandatory in Bolivia, and voters must show participation proof to banks for three months after the election in order to receive their salary.

Morales won his first presidential election in 2005, and took the oath of office in 2006. In early 2009, Bolivia adopted a new Constitution, and, later that year, Morales won his second election to a five-year term. But in April 2013, Morales successfully argued that his second term should be counted as his first, given that his 2005 win occurred under the old Constitution. Morales subsequently ran in 2014 and won a third election handily, with 61.4 percent to his next closest competitor’s 24.2 percent.

5. By the time his current term is up, Morales will have been in office for 14 years.

Already Latin America’s most senior head of state at the moment, Morales has four years left in his current term. Bolivia is not set to hold presidential elections until 2019, and the country’s next president will be sworn in in 2020.

6. When Bolivians next vote for president, it’ll be the first time in 22 years Morales isn’t on the ballot.

1997 was the last presidential election in which Morales did not run. His first and only unsuccessful campaign was in 2002, in which he was runner-up to Gonzalo Sánchez de Lozada.

The governing party lost several critical posts in 2015’s municipal elections, including three of the country’s nine governorships. Opposition parties won eight of 10 mayoral races in the country’s largest cities, up from five seats in 2010. Still, Bolivian opposition to Morales and MAS has been largely fragmented and unable to mount a concerted challenge over the years.