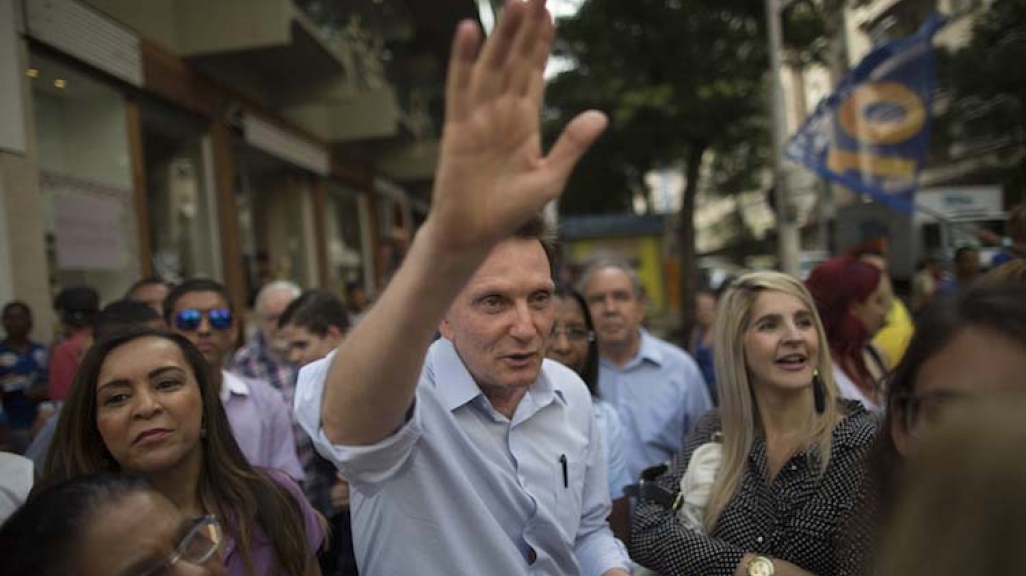 Outsider candidates and rejection of the status quo may indicate what’s to come in future Brazilian elections.

Donald Trump’s recent hints that he might not accept the results of upcoming elections sparked concerns about what such a move would mean for U.S. democracy. But Trump’s dismissal of a democratic process is not isolated. In Brazil, a wave of sentiment against the political status quo ran its course through the country’s October 2 first-round local elections, which marked the first time voters went to the polls since Congress impeached Dilma Rousseff.

On October 30, Brazil concluded its 2016 local elections with runoffs in 57 municipalities. Over the course of the elections, 144 million voters selected the winners of 5,568 mayoral posts and 57,949 city council spots. Roughly a third of eligible voters, however, chose no one; the number of blank votes, null votes, and abstentions ran higher than the historical average, pointing to “a larger distance between Brazilians and those who come to represent them,” said Gilmar Mendes, president of Brazil’s Electoral Supreme Court.

The largest cities in the country elected outsiders as mayors. Candidates sweeping large elections—such as João Doria in São Paulo, who received more than 50 percent of votes—based their campaigns on the fact they were not traditional politicians.

Could this shift at the polls affect the country’s 2018 presidential race? AS/COA Online explores takeaways from Brazil’s local elections and what they could mean for future votes.

1. Blank votes, null votes, and abstentions are on the rise.

Although voting is mandatory in Brazil, the number of blank votes, null votes, and abstentions in Brazil’s local elections represented 32.5 percent of the electorate this year, up from 26.5 in 2012.

In fact, blank votes, null votes, and abstentions surpassed the number of votes cast for winning candidates in nine Brazilian state capitals during the first round, and in three capitals during the runoff. São Paulo’s mayor-elect Doria received 3,085,187 votes, fewer than the city’s 3,096,304 invalidated votes. In Curitiba, both candidates who made to the runoff—Rafael Greca, who received 356,000 votes and Ney Leprevost who had 219,000 votes—garnered fewer votes than the 360,000 blank votes, null votes, and abstentions in the first round.

Apathy is less of a concern, however, than the rejection of traditional political parties and established politics, says Fernando Rodrigues, a Brazilian journalist and head of a political blog at UOL, the largest online portal in the country. “The problem [now in Brazil] is the half of the population that goes to vote adopts this view that every politician is a thief,” he tells AS/COA Online. Fewer young people want to get involved in the process as well: as of June of this year, only 40 percent of youth between 16 and 18 years of age were registered to vote.

The rise in voter apathy “shows that much of the region as a whole is swinging to the right, in part out of frustration with the economy,” says Brian Winter, AS/COA vice president and Americas Quarterly editor-in-chief. The victory of Marcelo Crivella for mayor Rio de Janeiro embodies this theory. He is a member of Brazil’s small Republican Party, which is connected with the country’s largest evangelical church.

Why would lower participation in elections help conservatives to win elections? “Candidates on the right have more chance of winning elections because in 2016, it’s the right that goes out to vote,” Winter explains.

3. Out with the old, in with the outsiders: Unexpected runoffs and new names won in the country’s largest cities.

Rejection of the political status quo gave ground to outsider candidates. Doria, for example, is a businessman who had never been involved in politics prior to this year’s election. Alexandre Kalil, who will be mayor of Belo Horizonte, used to be president of a soccer team. In Rio, Crivella defeated a progressive candidate in a runoff that didn’t include Brazilian Democratic Movement Party, which has governed the state for decades.

“[Doria and Crivella] could be presidential candidates in 2018,” says Winter. “They represent a search for a new kind of politician, either from the business world, with church ties, judicial ties, or from sports field, who are supposedly clean and not tainted by corruption.”

4. Winning is for the select few: Millionaire men will run Brazil’s cities.

The 2016 local elections resulted in victories for rich men. Of the 50 most populous cities across Brazil, 24 will be run by wealthy people, says Bloomberg. A change in campaign donation rules such as the prohibition of corporate donations and the weakening of leftist parties such as the Workers’ Party (PT) reduced the power of less wealthy candidates, who usually represent parties on the left. The result this year is that one in five mayors in Brazil is a millionaire.

5. The Workers’ Party suffered major losses at the mayoral level.

The PT—burdened with Dilma Rousseff’s impeachment, corruption scandals, and a recession—suffered its biggest defeat since nabbing the presidency in 2003. The party won 254 mayoralties, falling to tenth place among political parties in terms of numbers of mayors. Compare that to 2012, when it was the party with the third-highest number of mayors, electing 635 candidates. The Brazilian Social Democracy Party (PSDB)—PT’s main opposition, led by figures such as Foreign Relations Minister José Serra, ex-President Fernando Henrique Cardoso, Senator Aécio Neves, and São Paulo Governor Geraldo Alckmin—achieved record-level victories, winning 29 cities with more than 200,000 voters and increasing the numbers of mayors-elect from 702 in 2012 to 803 in 2016.

But that does not mean the 2018 presidential race is decided. “Of course PSDB gained traction and Alckmin came out as a winner, but to say that this can be replicated in 2018 is too much of a stretch, and Brazilian politics are still very rudimentary, very unpredictable,” says Rodrigues, adding that the new political voices are “the denial of the current political party system or collective political action as we know it.”