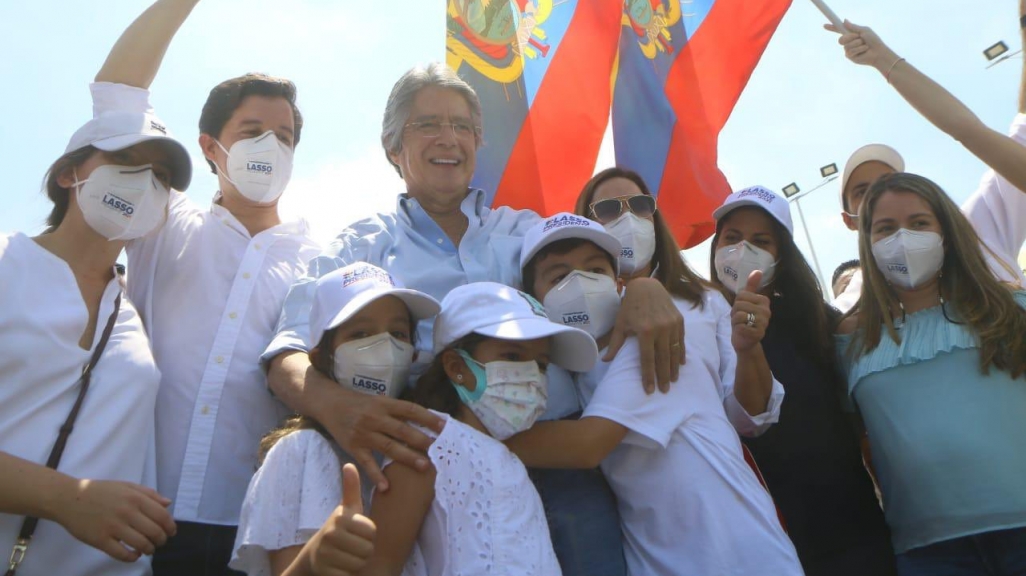 The president-elect has pitched a business-friendly economic vision but will have to work with a divided legislature.

It took a month to confirm the outcome of the first round of Ecuador's presidential election, but in the April 11 runoff, the winner was settled the same day. Guillermo Lasso, a 65-year-old banker from Guayaquil, will be Ecuador's president for the next five years. His opponent, Andrés Arauz, conceded Sunday night, saying that the results were “not an end but a beginning” for his movement.

With 99.1 percent of votes counted, Lasso garnered 52.5 percent to Arauz's 47.5 percent. Unlike in the February first round where there were allegations of fraud, the results of the second round were not challenged, although the National Electoral Council has yet to officially finalize the count as of the time of this report.

This was Lasso's third presidential run. The businessman and former economic minister supports more market-friendly, laissez-faire economic policies than Arauz did. Arauz is an ally of former President Rafael Correa (2007–2017), who also congratulated Lasso Sunday night by noting "his success will be that of Ecuador."

During the campaign, Lasso spoke of prioritizing foreign investment, creating 2 million jobs, raising the minimum wage, cutting tariffs on agricultural equipment, and boosting production from the country's oil and mining industries. He has also called for Ecuador to balance its budget in four years and rejected the proposals to de-dollarize the economy.

Lasso also said that he will maintain the $6.5 billion lending program that outgoing President Lenín Moreno (2017–2021) signed with the International Monetary Fund, although he wants to make some adjustments to the tax code that the IMF called for in its lending conditions. Lasso also said he will respect the deal Moreno reached in the summer of 2020 to restructure $17.4 billion of Ecuador's sovereign debt.

Ecuador's vaccination process has been slow, and to speed it up, Lasso has set the goal of vaccinating 9 million out of the roughly 17 million Ecuadorans in his first 100 days. He also aims to improve the country's direct negotiations with pharmaceutical companies.

In the first round, Arauz outperformed Lasso by 13 percentage points. In response, Lasso's campaign strategy shifted to broaden his supporter base. He made outreach to Indigenous groups across the country and moderated his stances on social issues like women's and LGBTQ rights.  He also leveraged campaigning on social networks, like TikTok, to connect with youth voters.

Still, 1,887,000 voters, or about 18 percent of the electorate, cast a null or blank ballot in the second round. Yaku Pérez, an Indigenous politician who finished third in the first round with just 32,115 fewer votes than Lasso, promoted this strategy as a means to reject the choice between the two runoff candidates. Pérez had claimed that there was fraud in the first round, and CONAIE, Ecuador's largest Indigenous organization, joined him in encouraging supporters to spoil their ballots. By comparison, 7 percent of voters cast blank or null ballots in the last presidential runoff in 2017.

The president-elect, who takes office May 24, faces an uphill battle to mend Ecuador's economy. Even before the pandemic, the economy was suffering; GDP grew by 0.1 percent in 2019. Then Ecuador became one of the first countries in Latin America to experience a major coronavirus outbreak, and subsequently saw the economy shrink by 7.8 percent in 2020. As of January 2021, half a million Ecuadorans remained unemployed, and the UN Economic Commission for Latin America and the Caribbean predicts 1 percent growth in 2021. Still, the markets have responded positively to Lasso's election, with Ecuadoran bond prices already rising.

As president, Lasso will also have to work with the new National Assembly, which had its composition fully set by the February 7 first round. The largest party will be the Union for Hope (UNES), Arauz's party, who will hold 49 of the 137 seats. The second largest party is Pachakutik, an Indigenous party aligned with Pérez that holds 27 seats. Pachakutik is in discussion with the third biggest party, the Democratic Center, about an alliance that would bring them to 45 seats. The largest party in the assembly who endorsed Lasso is the Social Christian, which has just 12 seats.